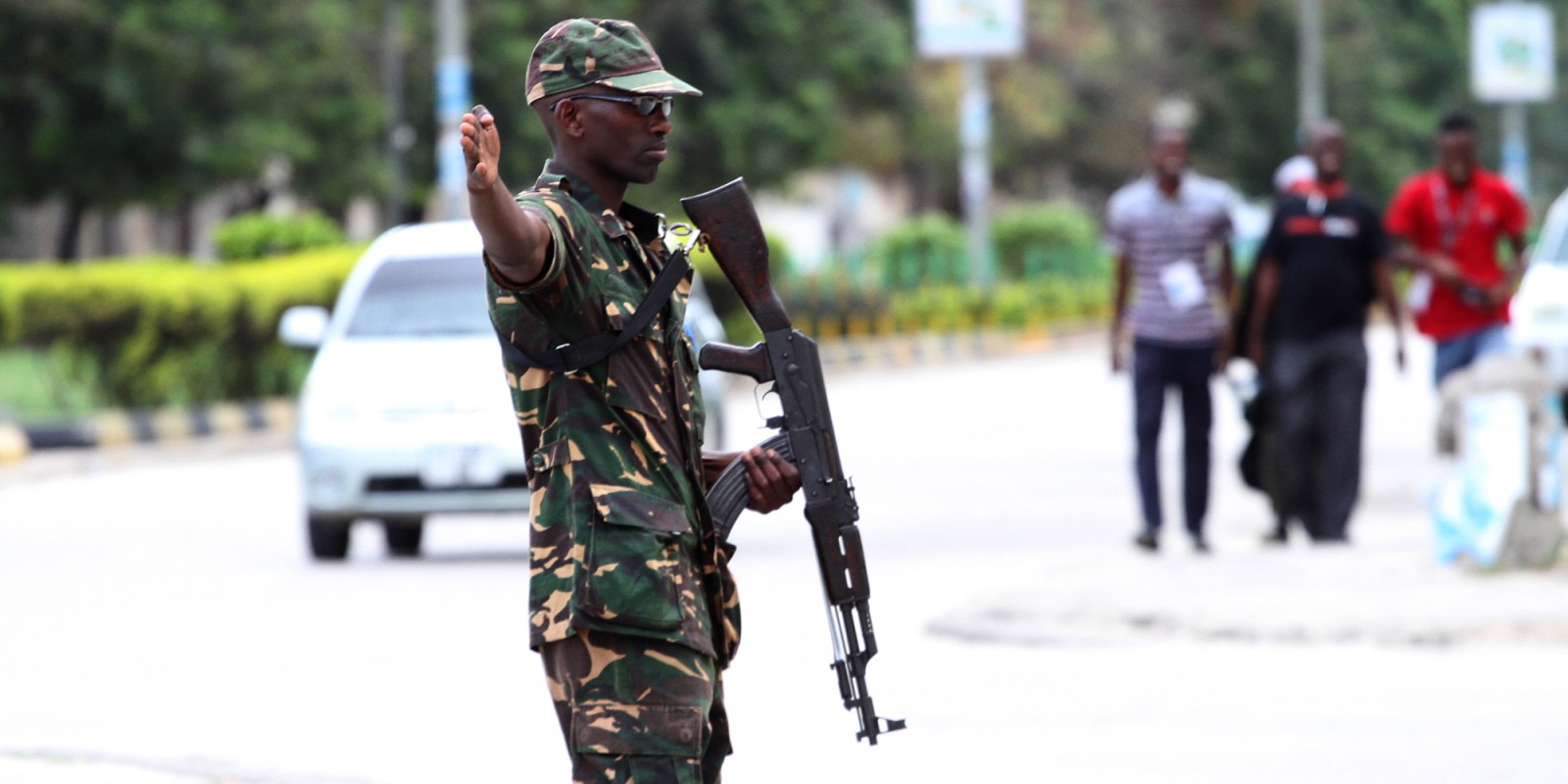 Some have argued that Tanzanian President John Magufuli was facing an opposition weakened through ruthless repression over the past five years and they would be a pushover at the polls. If this was so, why did Magufuli go to such elaborate lengths to cheat? Why did he so lack confidence in the outcome of a free and fair election that he had to make up a result?

On Sunday night Tanzanian police came for Freeman Mbowe, the chairman and founder of the opposition Chadema party.

For the privilege of being an opposition politician in Tanzania, the man from Kilimanjaro has seen his businesses destroyed, faced physical violence and beatings and spent long sojourns in prison. Mbowe has now been charged with terrorism, a non-bailable offence which means he can be held indefinitely.

On Monday afternoon Tundu Lissu, Chadema’s candidate in the presidential election, was arrested by Tanzanian police outside the German embassy.

Knowing that they were coming for him, he had sought diplomatic protection. He was first turned away by a political officer at the US Embassy. He then went to Umoja House – where the EU, UK, German and Dutch missions are located – where he waited for several hours while the bureaucrats inside deliberated on whether or not to let him in.

Shortly before he was picked up by the cops he sent a WhatsApp message: “They’re all in dread of this petty tyrant it’s unbelievable.”

Lissu, who miraculously survived an assassination attempt in 2017, had reason to fear what would happen to him if he was arrested. But whatever pull the international community still had in Tanzania was applied and he was released a few hours later.

Arrests of opposition leaders continued around the country on the eve of what was to be a peaceful demonstration against what they deemed to be a fraudulent electoral process.

The opposition is demanding new elections under an impartial and independent electoral body.

The blackout of the internet means that while the former capital Dar es-Salaam remains peaceful, it is impossible to know what exactly is going on in much of the interior of the country.

We should stop there and consider how we even talk about what happened in Tanzania on 28 October. Between the pre-marked ballots, the stuffed boxes, the tabulation of results before the vote started, the prevention of opposition agents from access to the polls and the police intimidation, this was more than the usual gripe about “irregularities”.

As the leader of the Alliance for Change and Transparency (ACT-Wazalendo) party, Zitto Kabwe, said: no election took place at all.

That is without even mentioning Zanzibar in which – for the fifth time in a row – the opposition was denied victory and massive brutality was inflicted against their leaders and supporters by the military, leaving at least 13 people dead. Elections in Zanzibar must surely be regarded as the most futile in the world.

The National Electoral Commission, run as an arm of the ruling CCM, give President John Pombe Magufuli a laughable 85% of the vote on the mainland. The opposition lost virtually all its seats in parliament, even in those strongholds where it has been entrenched for decades.

The machinery of democracy was essentially used to wipe out the opposition.

Tanzania is not alone in this paradox.  Harvard’s Daniel Ziblatt, co-author of How Democracies Die, points out that authoritarians throughout the world are increasingly using the very institutions of democracy to subvert democracy.

Once-vibrant democracies are dying constitutionally through elections and referenda. In recent years this has included Venezuela, Turkey, Hungary and Poland. Within the next few days we might even have to add the United States of America to that list.

Some have argued that Magufuli would have won the election anyway, that he has invested in infrastructure and fought corruption and that Tanzania has a high-growth economy. We are told that people like a strongman, as the bulldozer likes to style himself.

At the very least, some have argued, he was facing an opposition weakened through ruthless repression over the past five years. They would be a pushover.

If this was so, why did Magufuli go to such elaborate lengths to cheat? Why did he so lack confidence in the outcome of a free and fair election that he had to make up a result?

The reason is clear. The spirited grassroots campaign that accompanied Lissu and the Chadema bandwagon as it travelled to every corner of the country represented a very real threat to the power of the ruling party. People, especially young people, came out in droves. Even Magufuli’s own intelligence people conceded that in a free and fair election, Lissu would be the winner.

Magufuli believed that the international community would let him get away with it, especially the East African Community (despite growing tensions with Kenya) and the Southern African Development Community, whose observer missions steered clear of any criticism of the election.

As of Monday night, we were still waiting for the report of the African Union observer mission headed by former Nigerian President Goodluck Jonathan.

It was Jonathan, to his credit, who not only conceded power to Muhammadu Buhari of the opposition APC in the 2015 elections, the first incumbent to do so in Nigerian history, but supported a credible Independent National Electoral Commission that it was hoped would be an example to the rest of the continent.

But whatever Jonathan finds, it will not make much difference. President Cyril Ramaphosa, the chairperson of the African Union, already congratulated Magufuli on Monday.

Perhaps it was always a quixotic quest for Lissu, who was exiled for three years, to return home and take on the “petty tyrant”.

He visited Washington DC last year in September. We spent an evening eating steak and drinking beer. A keen rugby lover and an All Blacks fan he doubted that South Africa would get past the semi-finals of the World Cup.

He reflected how much Magufuli reminded him of Donald Trump.

This Sunday, as I walked through the city, the steakhouse where we had eaten was boarded up, along with most of downtown DC, and a new barricade was being constructed around the White House in anticipation of Tuesday’s elections.

People were milling around the newly named Black Lives Matter Plaza, Ground Zero for a revolt if Trump tries to steal the election. That very day dozens of the world’s leading scholars of authoritarianism had signed an open letter stating that democracy “is either withering or in full-scale collapse globally”.

Covid-19 has kept us apart, but has also brought the world closer together. Countries that we never suspected were alike are starting to resemble one another.

Two weeks ago, it was the demonstrators at Lekki Plaza in Nigeria. Before that the marchers in Belarus. Last week it was the people of Tanzania who went to the polls in good faith, but whose votes were not counted. On Tuesday it will be the United States’ turn in the barrel.

The fragility of democracy worldwide will continue to be an issue “irrespective of who wins the American presidency,” the scholars concluded.

Lissu, Mbowe, Kabwe and Maalim Seif Hamad of Zanzibar may be beaten and bloodied, but they have not been bowed. Their struggle is the struggle of everyone who believes that democracy is worth fighting for. For that reason alone the dream is not dead. DM