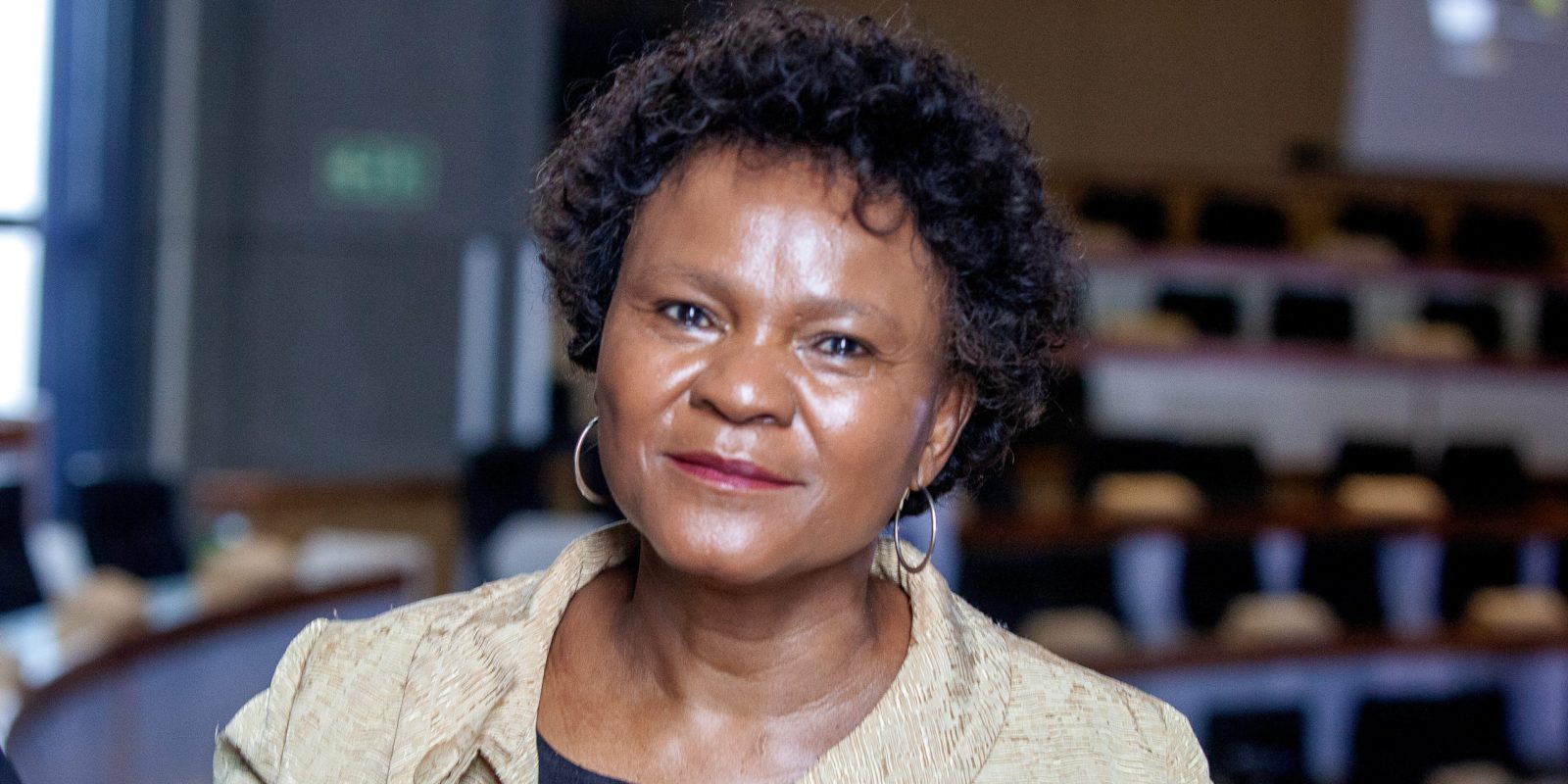 Former SAA Technical board chair and SAA board member Yakhe Kwinana resumes her testimony at the Zondo Commission on November 03, 2020 in Johannesburg, South Africa. It is reported that the Commission heard more Aviation related testimony. (Photo by Gallo Images/Papi Morake)

Former SAA board member Yakhe Kwinana received a lesson on board ethics at the State Capture Commission on Tuesday. Unfortunately, it was over a decade late after Kwinana had already wreaked havoc while applying her alternative ethics at the failing airline.

Former SAA board member and SAA Technical (SAAT) chair Yakhe Kwinana was justifying how she went on a luxurious trip to AAR Aviation’s Chicago headquarters while the company was bidding for a SAAT contract when State Capture Inquiry chairperson Raymond Zondo intervened.

“Ms Kwinana, you really seriously mean what you are telling me that in your judgement there would have been absolutely nothing wrong for you as a member of the board that would make a decision on a tender in regard to which AAR had put in a bid, for you to go on a trip overseas to their premises without the knowledge of other bidders and let them wine you and dine you over there.

“You say there’s nothing wrong with that?” asked Zondo.

Kwinana claimed she wasn’t influenced by flights on private jets and limousine rides and nevertheless the SAA procurement policy was so rigorous that such a conflict of interest couldn’t influence a contract decision by the time it came to the board.

She admitted she knew the tender had been advertised and wasn’t finalised at the time of her trip. Kwinana was an SAA board member between 2009 and 2016.

Around the time of her travels, SAAT in 2016 decided to withdraw the tender process AAR and others were bidding on and instead enter into an agreement with AAR and local company JM Aviation for maintenance and components. The deal was worth over R1-billion.

Zondo slammed Kwinana’s belief that she could go on a junket with a company while it was bidding for a contract.

The deputy chief justice said: “I think, Ms Kwinana, quite frankly, processes that in terms of which people are appointed as board members to SOEs must be reviewed, if that is what you think, and you were a board member, you’re a chartered accountant, you think there would have been completely nothing wrong with that. Then there is something wrong in the appointment process.”

Kwinana was accused of being an evasive and untruthful witness and was repeatedly questioned on inconsistencies in her testimony.

She said her Chicago trip could not have influenced the SAAT board’s view on the contract, claiming the company’s procurement policies, led by executives, could sufficiently identify beneficial bids and reject candidates that don’t qualify.

On Monday, however, Kwinana explained how the SAA board cancelled a contract the company’s executive agreed to without considering the relevant facts, showing how the board can intervene regardless of what the executive decides.

Zondo lectured her on the importance of maintaining distance between a company’s executive and its board, which she struggled to grasp.

I put it to you that you have been dishonest with this commission.

Kwinana was repeatedly questioned about her relationship with JM Aviation boss Vuyisile Ndzeku. She received R4.3-million from Ndzeku and his companies to invest in crypto currency and forex in late 2016, after she resigned from SAA.

She struggled to explain the transactions and benefits to Ndzeku, which she claimed was completely separate from the SAA deals. Asked to explain the benefits her company gave to Ndzeku for investing in forex, cryptos and properties, Kwinana struggled. She fell back on the complexities and uncertainties involved in such investments.

But in October 2015, Kwinana and SAA chairperson Dudu Myeni allegedly held a meeting with SAA chief procurement officer Dr Masimba Dhawa to pressure him to sign awards supporting the SOE’s commitment to spend 30% of procurement on black-owned companies, including a deal between SAA and Swissport SA to provide ground and aviation services.

When Dhawa, a Zimbabwean, resisted, saying he felt uncomfortable signing irregular deals, Kwinana and Myeni allegedly threatened to advertise his job and said the EFF would soon come and protest against foreigners like him who resisted transformation.

“Definitely chair, in this meeting, I was not there,” said Kwinana.

Days after the alleged meeting, she emailed her colleagues, saying Dhawa was “hellbent on sabotaging and derailing the transformation agenda of the present government in general and that of SAA in particular”.

She claimed Dhawa might have resisted signing the deals, including an attempt by SAA to force Engen to give up 15% of its fuel contract to black-owned companies, because “his attitude may be located in the fact that he does not share the pain of the people of South Africa”.

Zondo shook his head and questioned how Kwinana could claim Dhawa couldn’t relate to South Africa’s struggles while he as a Zimbabwean had suffered under white, colonial oppression. Dhawa didn’t come to work on the day he was told EFF would protest and he soon left SAA, lost his house in South Africa and struggled to find work in Zimbabwe due to his tainted name.

Kwinana still claimed she was never in the meeting with Dhawa, despite her own references to comments in that meeting.

Days after Dhawa was replaced, SAA pushed the deal with Swissport and signed it months later. The deal included huge benefits to JM Aviation. Kwinana allegedly masterminded the deal, which she denies.

“I put it to you that you have been dishonest with this commission,” said evidence leader advocate Kate Hofmeyr.

After former president Jacob Zuma in 2015 announced SOEs should spend 30% of procurement on black-owned companies, SAA’s board resolved to commit to the plan. But no law came into effect to back it up and Treasury in September 2015 told SAA to ditch its plan.

Kwinana said she didn’t push the 30% issue after Treasury’s direction, but she and the SAA board continued to push companies, such as Engen and Swissport, to give black-owned businesses an extra slice of their agreements, even if the companies they were BEE compliant. Kwinana claimed it was on the companies’ own volition.

According to evidence in front of the State Capture Inquiry, it was a ruse. Kwinana clearly influenced deals to be awarded to preferred suppliers and took payments from those who were awarded the irregular deals.

Kwinana continued to deny allegations of corruption. She is expected to return to the commission to finish her testimony soon, but former SAA chairperson Dudu Myeni is due to testify at the commission on Wednesday.

Myeni was recently declared a delinquent director by the North Gauteng High Court due to her leadership at SAA. DM