ES Reddy was a giant in the global anti-apartheid movement 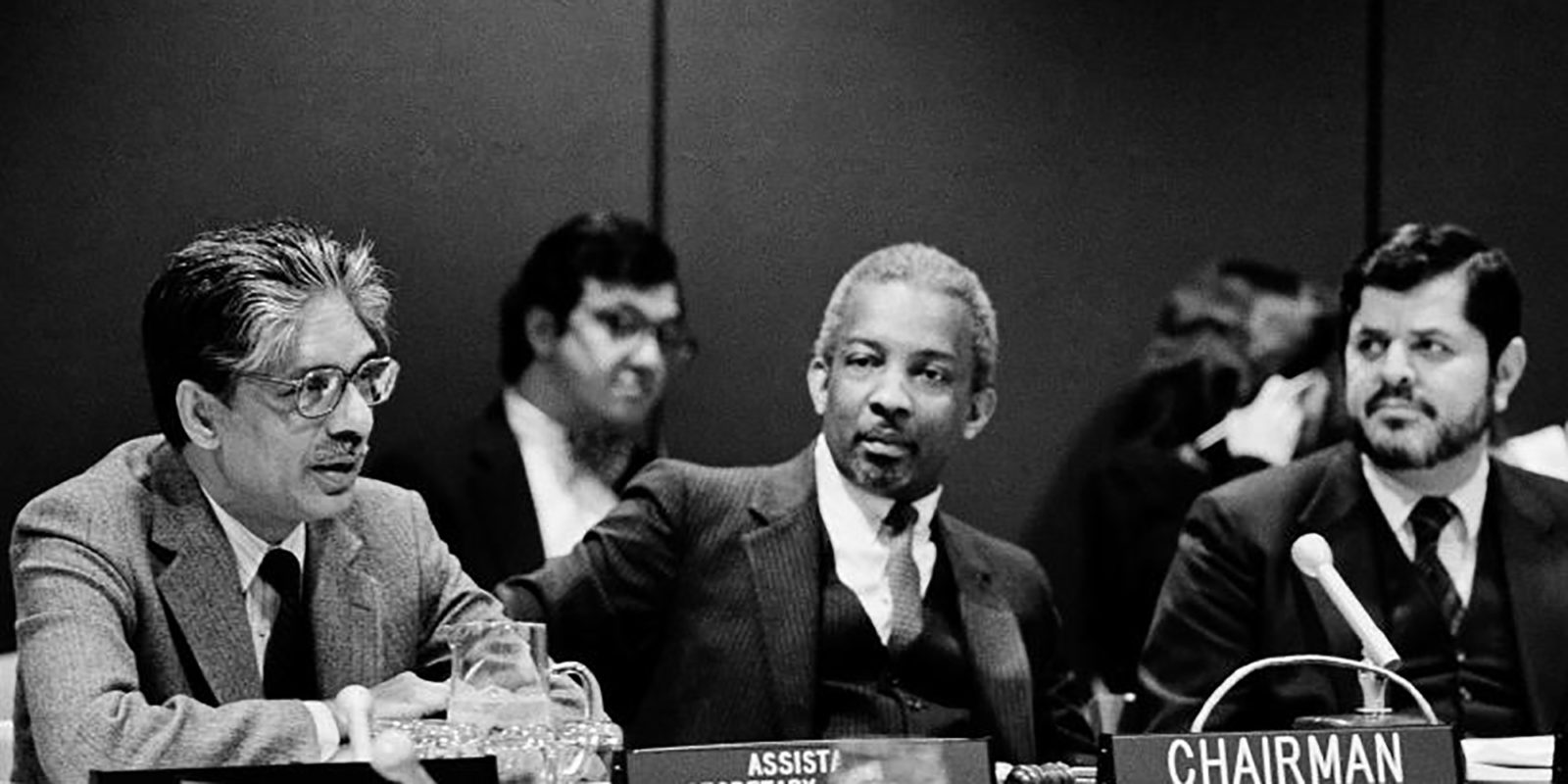 Enuga Sreenivasulu Reddy, 96, died on 1 November 2020 at his home in Cambridge, Massachusetts. Known to comrades and friends as ‘ES’ Reddy, his death marks a great loss to the international solidarity movement that mobilised against apartheid.

ES Reddy was a diplomat, scholar, historian, librarian, archivist, activist, campaigner, internationalist, peacenik, husband, father and gentleman – all in one.

On 27 April 2013, he was awarded the Order of the Companions of OR Tambo (Silver) by former president Jacob Zuma. This is an award granted by the president of the Republic of South Africa to foreign citizens who have promoted the country’s interests and aspirations through cooperation, solidarity and support. The award is named after the late president of the ANC, Oliver Reginald Tambo.

What an outstanding achievement it was for Reddy to have received one of the highest accolades of our government, named after Tambo, to whom he was a friend, close comrade and cherished confidante.

In Reddy’s manuscript on Tambo titled, Reminiscences of Oliver Tambo, he says he first met the ANC leader in 1960 during a session of the UN General Assembly. Tambo had gone to the UN to lobby for sanctions against the South African regime.

At that time though, there was no precedent for a UN hearing of a petitioner from South Africa, so Reddy arranged for Tambo to informally meet delegates to the General Assembly.

Reddy was a meticulous researcher and prolific writer on liberation movements in southern Africa, having more than 50 published and unpublished books and manuscripts to his credit.

If ever there was a foreign national who knew more about South African history than most South Africans themselves, it was Reddy. He has published extensively on the history of the South African liberation movements and its leaders; UN action against apartheid; the anti-apartheid movement and the diplomatic relations between India and South Africa.

In 1995, the University of Durban-Westville awarded him an honorary Doctorate of Philosophy in recognition of his contribution to the struggle against apartheid and his scholarly work on South Africa.

Reddy was born 1 July 1924 in Pallaprolu, Andhra Pradesh, India. In 1946, he went to the US to study at New York University. After graduating, he obtained a post at the UN. Within a short period, he became the driving force at the UN Special Committee against Apartheid.

Reddy was intricately involved in every major UN resolution against apartheid South Africa from the early 1960s until the release in 1990 of Nelson Mandela and other political prisoners and the unbanning of the ANC and other liberation movements.

Between 1963 and 1965, he served as secretary of the committee and was instrumental in ensuring an arms embargo against apartheid South Africa. He played a major role in hosting, for the first time, a reception for Oliver Tambo, Bishop Ambrose Reeves and Miriam Makeba at the UN headquarters.

From 1976 until 1983, he was the director of the UN Centre Against Apartheid. He was also head of the UN Educational and Training Programme for Southern Africa, and of the UN Trust Fund for South Africa. The former was a scholarship fund to train students from southern Africa in public administration. The latter was established in 1965 to assist political prisoners and their families in South Africa, South West Africa and Southern Rhodesia (now Namibia and Zimbabwe).

Reddy was also the executive secretary of the World Conference for Action Against Apartheid held in Lagos, Nigeria, in August 1977.

During his student days, Reddy’s political thinking and consciousness were shaped by Gandhi and Jawaharlal Nehru.

In 1943, his interest in South Africa was sparked by two pamphlets that his cousin had given to him; one by Dr Yusuf M Dadoo on the Indians in South Africa and the other by Peter Abrahams on mine workers and migrant labour in Johannesburg.

In an interview with Lisa Brock, Reddy explained his interest in South Africa:

“I was already interested in the anti-apartheid movement in the 1940s, when the struggle in South Africa took on new forms and Indians and Africans were co-operating in the struggle. During the Second World War, the United States and Britain talked about four freedoms in the Atlantic Charter, but those freedoms did not apply to India or South Africa. As Indians we were very much interested in South Africa, because a lot of Indians were there, and they were treated as second-class citizens or worse. And of course, Nehru was talking about South Africa; Gandhi was talking about South Africa and so on.

Reddy developed a good working relationship with the Council on African Affairs in the US and was close to its leaders such as Paul Robeson, Dr WEB Du Bois and Dr William Alphaeus Hunton.

He was present at the mass meeting organised by the council at Madison Square Gardens on 6 June 1946 to denounce racial discrimination in South Africa and to call on the US government to support the freedom of Africa.

At a reception hosted by the council on 8 November 1946, he met the South African delegation to the UN, led by Dr AB Xuma, president-general of the ANC.

Reddy received in 1982 the Joliot-Curie Medal of the World Peace Council for his contribution to the struggle against apartheid.

After his retirement from the UN in 1985, he was a senior fellow of the UN Institute for Training and Research and served on the Council of Trustees of the International Defence and Aid Fund for southern Africa.

He was active in the international campaign against apartheid for more than 70 years and was the most consistent and influential UN official working behind the scenes to build bridges between southern African liberation movements and governments around the world.

Reddy had a heart-warming, personal relationship with the ANC-aligned family of Naransamy and “Ama” Naidoo in South Africa, whose contributions to the struggle for liberation date back to the early 20th century.

His manuscript Thambi Naidoo and his Family delicately traces the family’s political history in the struggle against racism, segregation and apartheid. Whenever he visited London, he would religiously meet with what he called his “two daughters, Shanthie and Ramnie Naidoo”, and partake, together with Dr Dadoo, of the fish curry they would prepare.

I had the absolute privilege of acting as his chauffeur during his first visit in 1992 to South Africa, taking him to the historical archives at Wits University, the Unisa documentation centre and Africana bookshops in Johannesburg.

His intricate knowledge on South Africa at the time was overwhelming and his unending desire to rectify the falsification of black resistance history by the nationalist government was inspiring.

Reddy’s departure is an immense loss to our country and to scholarship on our history.

Reddy is survived by his wife Nilufer and two daughters, Leyla and Mina, and their children.

Hamba kahle ES Reddy. We will miss you. DM

Dr Ismail Vadi is a Board Member: Ahmed Kathrada Foundation)