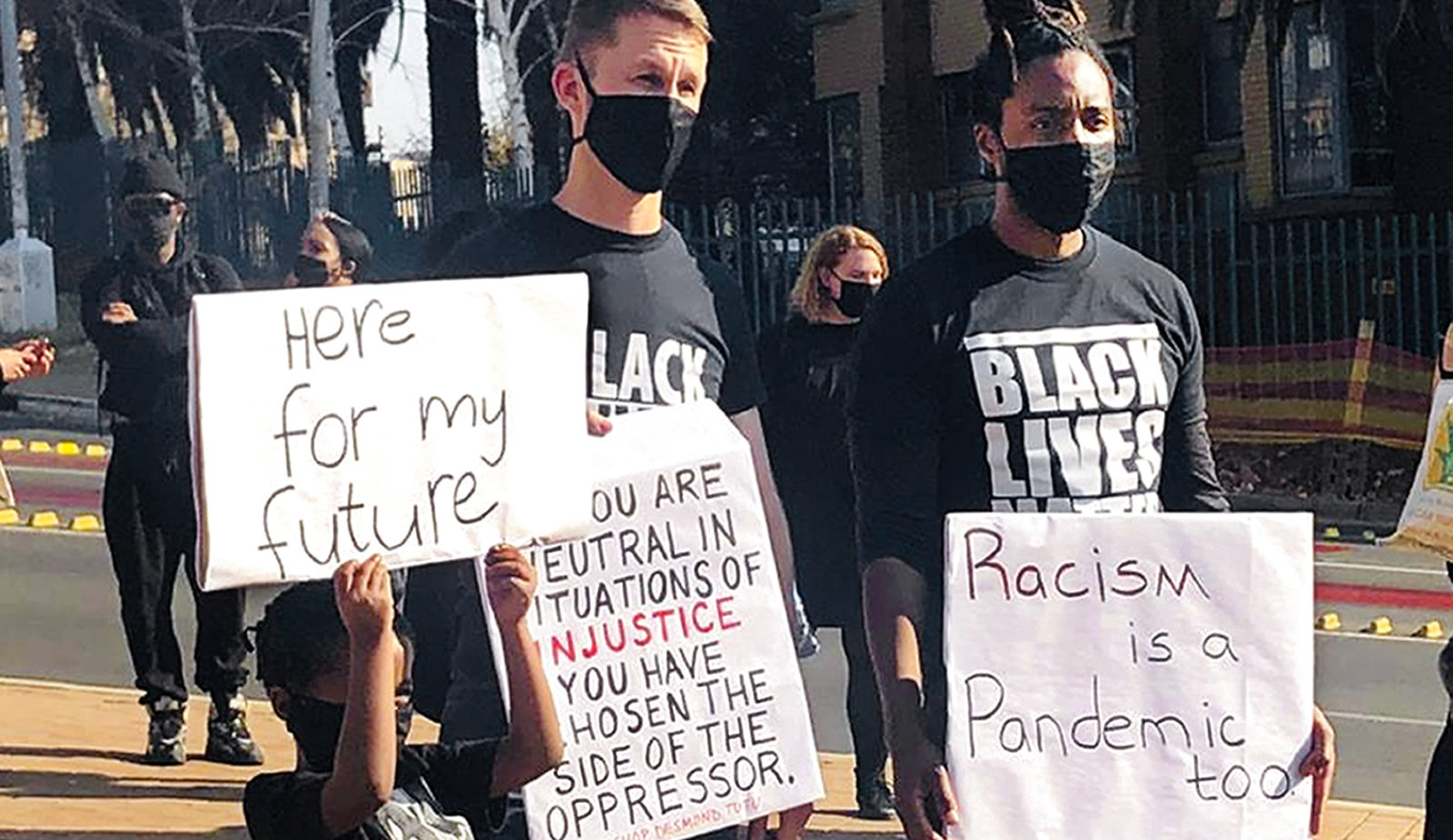 Americans come to South Africa for a variety of reasons – for work or for marriage, for roots or adventure. And sometimes for all of the above.

Many of us fall in love with a country, and stay. But we don’t leave the United States, not completely. For one thing, Americans are required to file US tax returns every year, wherever in the world we’re living. And for another: like South Africans who live abroad and long for the open sky, or the bush, or the sea, we have America in our blood.

So when it’s time to vote, we’re right there in the forefront, casting ballots in primaries and in general elections. This year we’re supporting Joe Biden and Kamala Harris for President and Vice President and also hoping to gain seats in the Senate. State and local officials are also on the ballot.

This year is crucial and Democrats Abroad South Africa (DASA) has – to use an American idiom – stepped up to the plate, and with a vengeance. From keeping the faith to helping countless Americans vote, it has been an all-encompassing ride.

Elizabeth O’Leary, who arrived in Johannesburg 25 years ago, has led DASA over the past few months. After working in housing-related non-profits, she eventually founded Khuthaza, a non-profit that supported transformation in the construction industry, focussing on women’s careers and businesses. It was the promise of racial equality that originally drew her to South Africa just after the historic 1994 election, but as an advocate for anti-racism, diversity, equity and inclusion, now focused on supporting schools, she admits she hasn’t done enough to support change in the US and is committed to doing more.

She stepped up to the plate for DASA because, as she says: “I knew I would never regret doing everything I could to influence this election and help our country move forward, out of the current situation. There are many issues on the ballot this year but one of the most important is the fight for racial justice and our need to deal with racism as a country. We can’t separate this election from the fight for racial justice.

“We will have a great deal of work to do after the election but a Biden/Harris win will give us the opportunity to start moving forward again and to press for change. I know I am not the only American living in South Africa who’s looking at America’s future and feeling a great deal of responsibility to contribute to it – many of us are feeling the same, the election is just the start.”

Shawn Malone came to South Africa to work in the public health sector, primarily on HIV/Aids, thinking he might stay for a year or two. Twelve years later, he and his family are still here. Though an introvert, he pushed himself to do some phone banking and has been active on social media, encouraging Americans to vote.

“This is a crucial moment,” he says. “In the past four years, the country has moved in the wrong direction on issues of justice and equality. We’re going backwards on gender equality, racial justice, LGBTQ rights, and access to education and economic opportunity.”

As part of a mixed-race, same-sex couple, he worries about the safety and wellbeing of his family and families like theirs if the political dynamics continue.

The urgency of climate change has also motivated his involvement in getting out the vote. “We have an eight-year-old son,” he says. “What kind of a world will we leave him? We’ve already waited too long, and we can’t afford another four years of denial and inaction.”

“I have the honour and privilege of serving as Special Advisor to Graça Machel. In that role I support advocacy efforts to advance the rights of women and children on the African continent and globally.

“America, and of course all of humanity, is a tapestry of many different colours and textures. I want to live in a world where that diversity is valued and respected. Every American should be able to direct the course of our nation, which is why it’s been so important for me to be involved in voter protection through DASA. We work closely with Democrats Abroad globally to ensure every American voting from abroad has the information necessary to register to vote and receive their ballot, return it timeously and ensure it is counted. It’s critically important that Americans around the world are able to have our voices heard and our votes cast.”

Leila notes that one of her passions is accelerating social change. “We have to be proactive. I firmly believe that each of us have to play a role in ensuring we are constructing the democracy we want to see and creating a country that is one of equity, justice and respect for all.”

“I feel it’s an incredibly defining moment for our country. We must reject white supremacy, isolationism and the flawed notion of American exceptionalism. Our leaders and each of us as individual engaged citizens need to live and breathe the Democratic ideals and values we say we hold so dear. I hope a change of administration in the White House will help bring us closer to this ideal.”

Ryan Macauley arrived in Cape Town just under a year ago to work for an accounting multinational. Originally from South Carolina, he votes in Maryland, and he’s helped Americans here with problems voting long-distance.

“This is my third presidential election and strangely it feels like it might be the most important in my lifetime. As an American abroad, I’m faced with often having to explain how we went from our nation’s first black president to a president who openly supports racists.

“The election isn’t about Biden or Trump, it’s about the future we want for America. The president’s handling of the [Covid-19] pandemic might’ve been a wake-up call for some, but I think his stances on climate change, social inequality and his disregard for our service members speaks to a deeper mismanagement of the country.

“Encouraging Americans abroad to vote, regardless of party affiliation has been my small part in contributing to this overall process.”

Carrie Mashek opted for the University of Cape Town when her university in Wisconsin offered a semester-abroad programme in the early 2000s. She went back to the US, graduated, worked for a year and then returned and has been in Cape Town ever since. She’s head of operations for Shine, a literacy NGO that does excellent work with primary school children.

In the run-up to the election, she did a lot of phone banking, phoning Americans in South Africa, reminding them to vote, steering them to a help site if they were having problems getting or printing or faxing their ballots, encouraging those who had voted to make sure their ballots were being counted.  And she has organised events so that Americans in the area can meet and stay in touch – with each other, and with the country.

“I think it’s the most important election of my lifetime,” she says. “I want to vote for a person and a party that I believe in. The president is very out of touch with the needs of the people. I think we’re looking for a leader and we haven’t had one, and it’s important for the role that the US plays in the world. We need to get back to that.” DM/MC