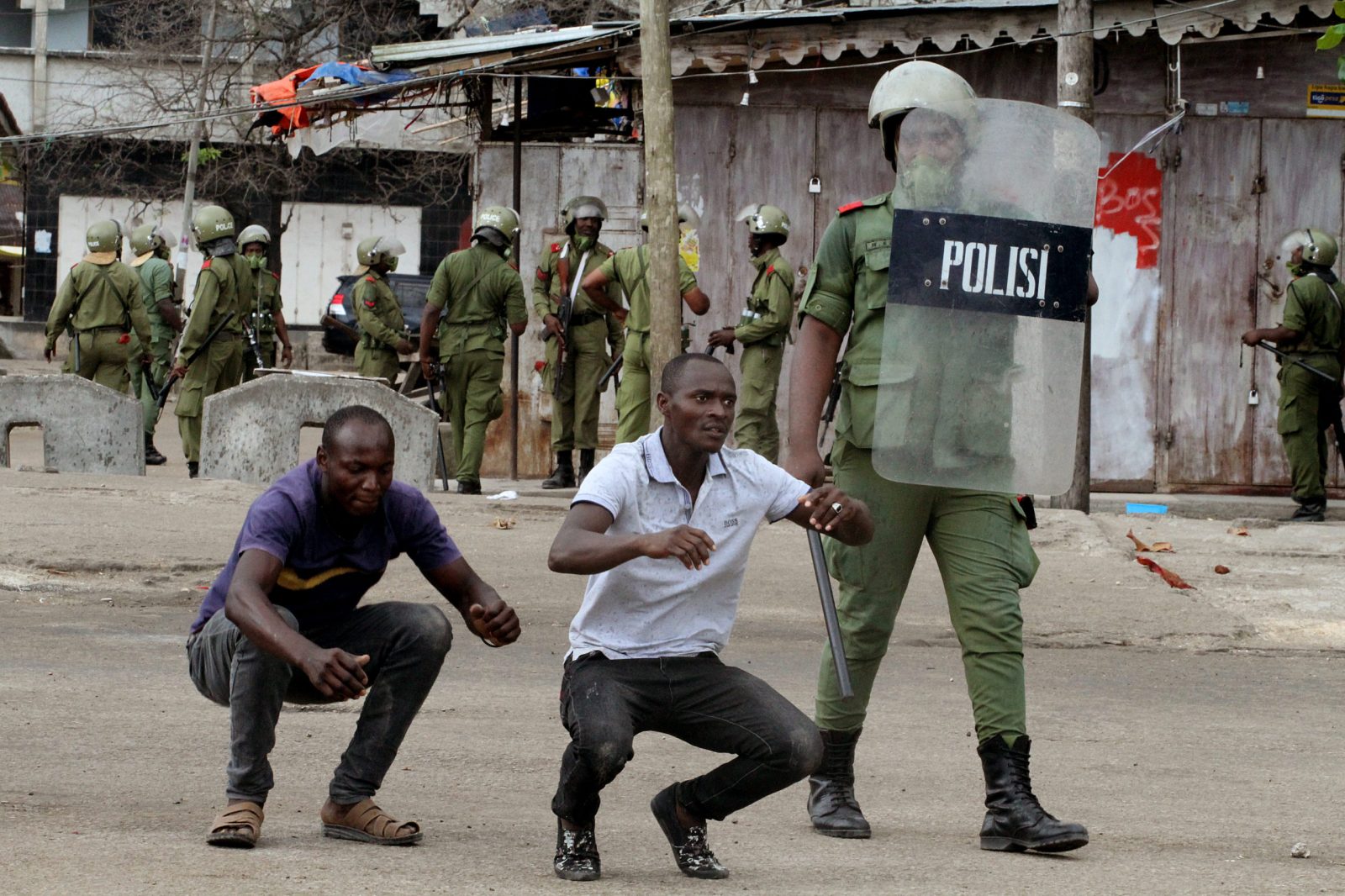 Tanzania’s elections were well-organised but accompanied by fear, repression and some questionable practices – and there is no recourse even if you can prove irregularities, elections observer lead Pansy Tlakula says.

Protests planned for Monday morning by opposition parties disputing the outcome of Tanzania’s elections on Wednesday were halted as the police stepped in to arrest several opposition figures, with at least two dozen activists reported to be missing. This means that those who want to dispute President John Magufuli’s landslide victory of 84% of the vote, have no recourse, as the country’s constitution does not allow for a court challenge to presidential election results.

Opposition ACT Wazalendo leader Zitto Kabwe has called for “an independent, credible investigation that will be seen as legitimate by all parties and citizens”. He proposed that the regional and international community work together to set up “an independent panel of eminent African leaders that will investigate the irregularities of last week”. He also asked for fresh elections with help from other African countries.

“The opposition have nowhere to go,” said Pansy Tlakula, who led the Electoral Institute for Sustainable Democracy in Africa’s [EISA] 14-strong observer mission to the elections. “They say they want to protest, but can’t do it.”

Tlakula is the former chairperson of the Independent Electoral Commission in South Africa, and she was in Tanzania in 2015 as part of the African Union’s election observer team.

EISA noted in its preliminary report released on Friday that the elections were the first to be fully funded by the Tanzanian government, but noted that: “The political environment in which the 2020 elections took place was less open and less tolerant than previous elections in Tanzania, including the limitation of political campaigning, freedom of assembly, freedom of speech and freedom of expression.”

It added that the arrest and detention of “significant numbers of opposition candidates, party leaders and members of the press” contributed to “creating an atmosphere of tension and fear”.  It said the instability and loss of life due to election-related violence, particularly in Zanzibar “is of grave concern”.

Tlakula said she was struck by the low voter turnout, even as Magufuli’s supporters claim that he has strong populist support for his economic development initiatives.

Chairperson of the National Electoral Commission Semistocles Kaijage on Friday announced that 15 million of the 29 million registered voters – out of a total population of 56 million – went to the polls on Wednesday.

“The low voter turnout was visible at the polling stations,” Tlakula said. “It signifies low trust in the process. Even if you ask ordinary people if they are going to vote, they said ‘no, they are not going to vote’. People said what is the point of voting when you already know who is going to win.”

Lawyers that her mission interacted with agreed, saying they saw no point in trying to challenge election directives that were against the country’s constitution and that were issued in June, because they have little chances to be heard. “You just feel a sense of helplessness,” Tlakula said.

Another thing that did concern her was the number of presidential ballot papers left over at each polling station. She said the usual practice is to cater for a 100% turnout plus a 10% buffer, which means a polling station with 350 registered voters shouldn’t be supplied with more than 400 papers.

“The fact that the official at this station had 10 unused books (each with 50 ballot papers) at the end of the day, that’s more than what they needed in the first place and it didnt give me comfort.”

She added that the number of ballot papers at each station were not declared and verified at the start of voting or accounted for at the end. Another thing that caused disquiet for her was the fact that the bags in which the ballot papers were kept, were not sealed in the presence of observers.

She said it was impossible to report irregularities because even though the electoral commission asked observers to do so, they were never provided with a phone number by the director of elections – and none of the officials at the polling stations knew where to report these either. Organisations who wanted to provide voter education were prohibited from doing so as onerous requirements had been set to restrict the registration of non-governmental organisations.

Tlakula said it struck her that one of the schools used for a polling station, a stone’s throw away from the presidential seat at State House, was in an “appalling condition” and the floor of the classroom had holes in it.

She said Magufuli “is hailed in terms of economic development, and Tanzania has developed indeed in terms of big projects”. This was visible in the big buildings.

“While I hail and praise him for that, if you are committed to economic development, why don’t you start with the small things: fix the schools, fix the roads. The roads in the residential areas are bad. Tanzania’s gross national income per capita has increased from $1020 in 2018 to $1080 in 2019, which meant its classification was upgraded to a lower-middle income country”.

President Cyril Ramaphosa is yet to issue a message of congratulations to newly re-elected President John Magufuli, who was handed his winner’s certificate in Dodoma on Sunday. Despite reports that he is aiming to extend his tenure beyond his constitutionally-allowed two terms, Magufuli, who draws heavily from religion in his leadership, said in his acceptance speech: “I thank Tanzanians for electing us in the second and final term. May God help me now to deliver what they expect.”

The ANC has similarly been slow to congratulate its fraternal liberation counterpart, Chama Cha Mapinduzi, on its decisive victory at the polls.

Western governments have expressed unhappiness about the election, with the UK Minister for Africa, James Duddridge, on Sunday saying: “The UK is concerned by widespread allegations of interference in the country’s elections, including pre-filled ballot boxes and party agents being denied entry to polling stations. We are also deeply troubled by the reports of violence and heavy-handed policing in the elections, including the arrest of opposition political leaders.”

Duddridge called for “a transparent investigation by the electoral authorities into reported irregularities”. The United States, Canada and Norway have expressed similar concerns.

The African Union, which sent a five-member technical observation mission headed by former Nigerian president Goodluck Jonathan, has not issued any comments as yet. The East Africa Community’s observer mission has declared the elections free and fair, while the Southern African Development Community, of which Tanzania is a member, observed the elections through a virtual process. DM