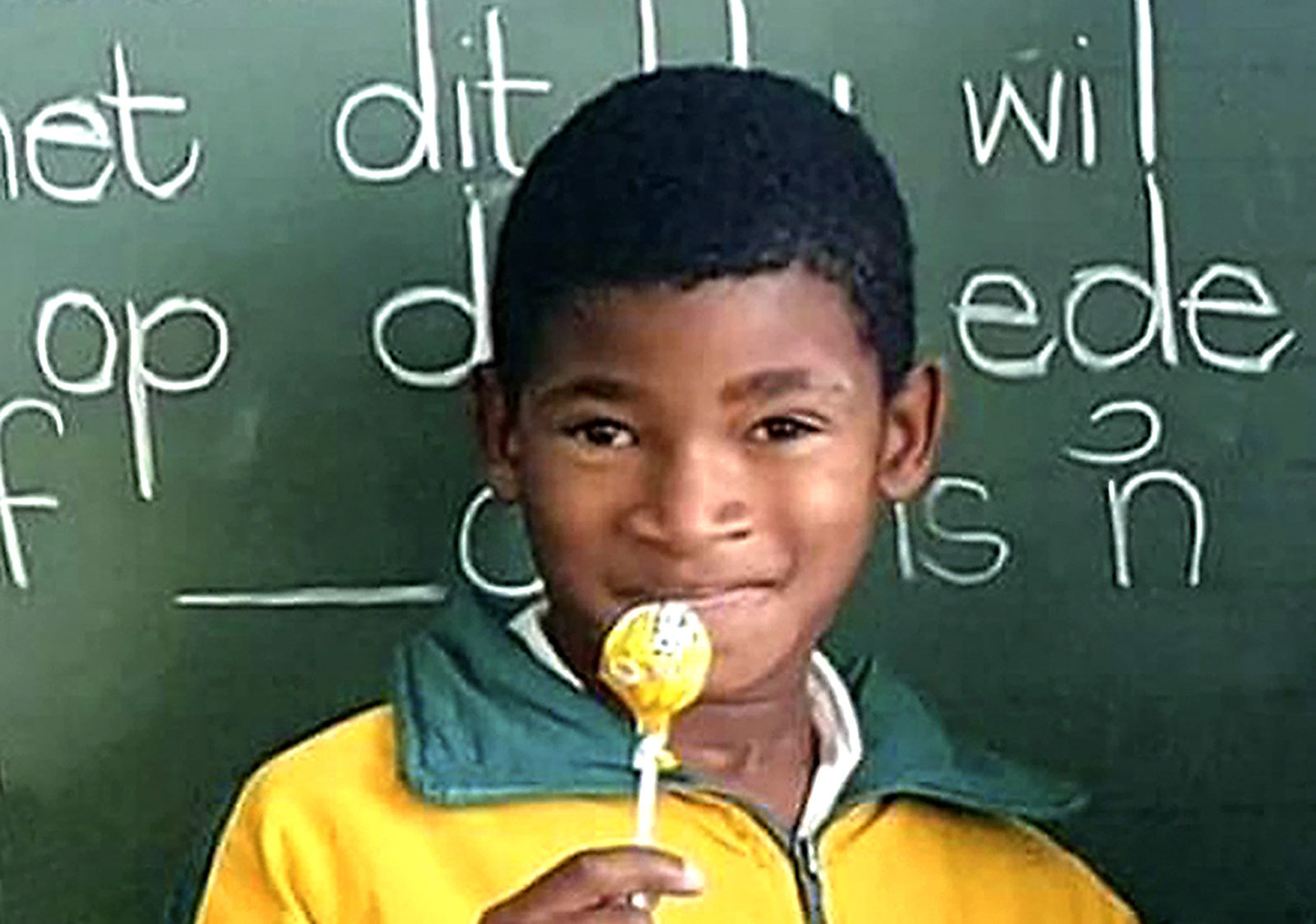 Nine-year-old Leo Williams, who died after being shot in the head. (Photo supplied)

Thyrone Williams, who was at the forefront of protests in the area after Leo’s death, spoke to Maverick Citizen on Sunday 1 November 2020.

“On Tuesday, 27 October 2020, Leo’s legal guardian Cathy Thomas, other community leaders and myself were present at a meeting held by Ipid investigating officer Shawn Brown in Laingville,” said Williams.

Brown had shown the family a recording of four police officers firing rounds towards Leo’s uncle’s shack. The boy was inside, playing with friends. The footage was taken at night, though, making it difficult to identify the officers.

“He also told us that Ipid has requested the cellphone records of the four officers in question to determine their identity. We are satisfied with the progress of the investigation and patiently await the arrest of the officer that fired the shot that claimed Leo’s life,” Williams said.

On Friday, 31 July, when the shooting happened, Leo was playing with friends, oblivious to the clashes between disgruntled residents and police on the streets of Laingville.

During the chaos, Leon slumped to the floor in a pool of blood after being shot in the head.

The shack was later found riddled with eight bullet holes.

Leo was rushed to the Red Cross Hospital, for emergency surgery. Doctors were reluctant to remove the rubber bullet which had lodged in Leo’s brain.

Two days later, doctors confirmed that the fragments removed from his skull came from a police rubber bullet. This was later confirmed by Ipid.

Williams said Brown informed the family that there were “issues” around the rubber bullets that were used by police during the violence at the time in Laingville.

“We were told that a rubber bullet cannot penetrate a… skull and the possibility cannot be excluded that an expired rubber bullet was used,” he stressed.

Ipid spokesperson Ndileka Cola said: “With regard to Leo Williams matter the investigation is not concluded yet. Ipid is still waiting for the final expert ballistic reconstruction report to enable the directorate to conclude the investigation process.”

Meanwhile, Thomas said she was happy with the progress of the investigation and the fact that Brown had kept everyone abreast of developments.

“I want to make sure that the right person is arrested and not the wrong one,” she said.

On how she was coping, she said: “I was too strong at the time when Leo was shot until his funeral. The hurt only creeps in now and I’m crying a lot.

“I miss him a lot, especially when I take the other children to school and wait for them after school. I really miss Leo and can’t stop the tears. I don’t want any psychiatrist to help me and I want to get through this on my own.”

In another case involving a civilian, Ipid spoke with Maverick Citizen about the death of Nicolin Davids, a Western Cape College of Nursing student, allegedly killed on 27 October 2019 during a hit-and-run involving a police vehicle.

No arrests have been made and no one has been charged for the death of Davids, one of four deaths in Heidelberg being investigated by Ipid.

The other deaths being investigated include those of Jan Esau, 51, found hanged in police cells on Saturday 3 October 2020; Henry October, 42, who died on Wednesday, 30 September 2020 in George hospital after his arrest on drunkenness charges four days earlier; and Gerald Esau, arrested on a charge of drunkenness in 2015, who was assaulted and after being in a coma for eight months, eventually succumbed to his injuries in 2016.

Cola said: “With reference to the Heidelberg matter, the deceased Nicolin Davids who was run over by a truck, the directorate has finalised its investigation and the docket was sent to the Directorate of Public Prosecutions for a decision on 28 September 2020.”

Ipid said it was awaiting the Esau post-mortem result.

Cola said that October – who was detained, allegedly assaulted while in police custody, released, admitted to the George Hospital, where he died – is still being investigated by Ipid.

A docket in the Gerald Esau matter was being prepared and would be sent to the DPP for review and a decision on an informal inquest, Cola said. MC