asleep awake asleep: Stories on the threshold of consciousness 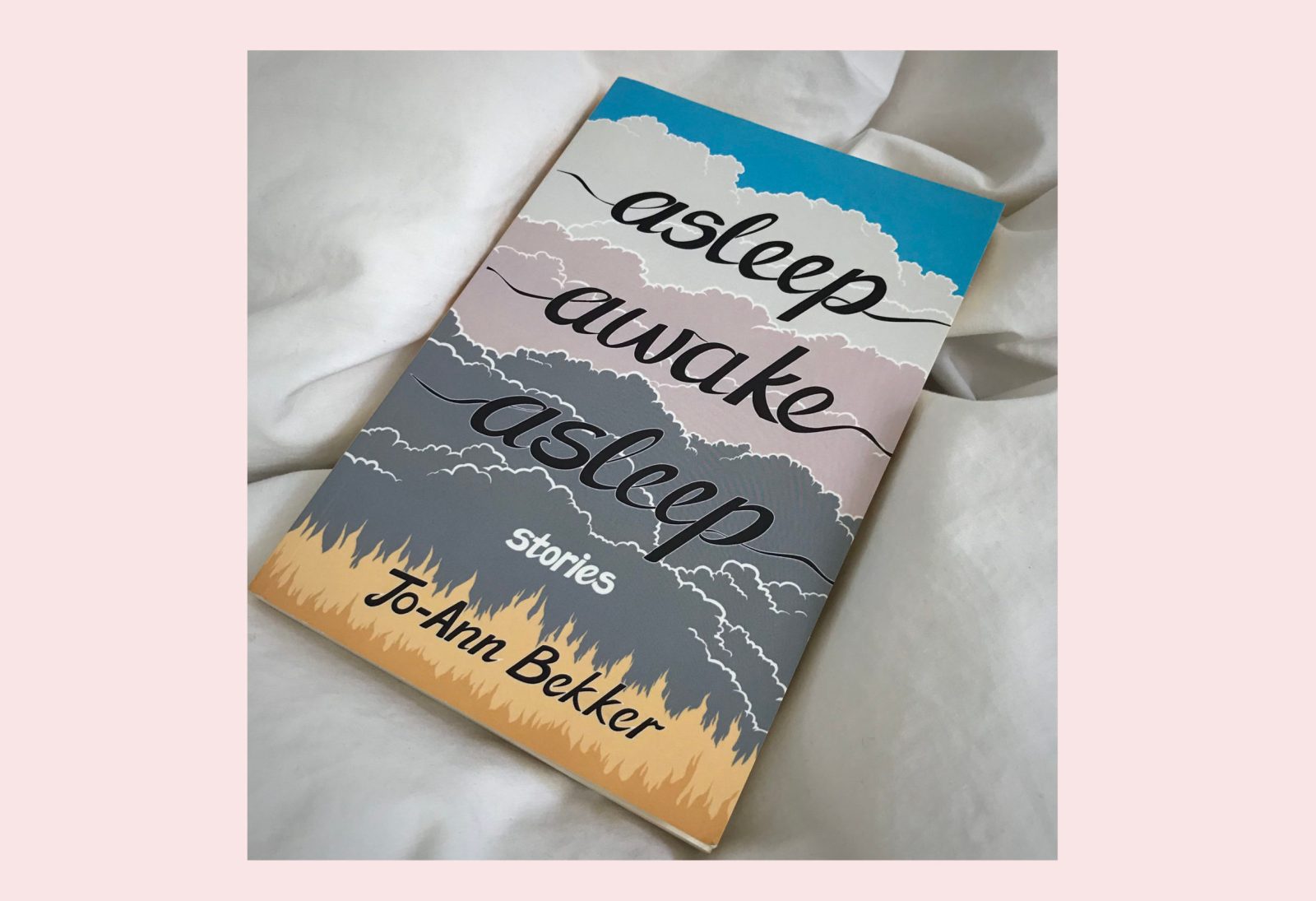 The first story starts with, ‘The dolphins left a chocolate in the fridge.’ It is a near-perfect setup for the 39 stories contained in Jo-Ann Bekker’s asleep awake asleep.

The most obvious is the surrealism of the sentence, which loses its sense of the preposterous as the story unfolds, becoming more prosaic, creating a backwards entry to the stories that follow, which, the more prosaic they appear at first, the more surreal they become at the end; a disconcerting reverse manoeuvre that undermines our sense of how things ought to be, but which, for anyone who experienced South Africa in the 1980s, makes perfect sense.

On its own, the sentence is also an enigma, or perhaps a riddle, the answer to which remains out of reach because there is information we do not have, and which will not be provided though we are expected to participate. Again, South Africa, and not just the ’80s.

It also evokes the sense of finding a treat, something special, juxtaposed with a sense the situation is not quite right. Again this place of natural beauty and warm people and space and opportunity, with an undercurrent of unease and senseless violence.

The stories are clustered in sections, except for the first and the last, which stand by themselves, acting as bookends holding all the worlds we glimpse between. We begin with hope, with a treat and intrigue, and end with a mirror reflecting an unsettling metaphor.

Bekker sets us up, starting with grown sons and a husband and what is essentially a humorous domestic accident filled with beauty and ease, but the stories that follow – many of them short, some less than a page, with the brevity of a blade – are almost feral. If one were to try to guess the character of the author, a foolish but inevitable contemplation, there’s the idea of a cat of the kind that endures being stroked, but you’re never sure whether it actually enjoys it.

What we do know, is that Bekker was a journalist, which explains her almost curt writing style, the emotional distance which paradoxically makes it hit harder, for the feelings it evokes are our own.

All the stories are fiction. Some delve into childhood experiences, some into professional working life, some into the realm of lust, love, and marriage. None are sentimental, and although many on a superficial level appear to end without resolution, this is only because the abruptness of the last lines often create a narrative shift that is difficult to come to terms with, and thus easier to dismiss. In this way the first story, again, delivers a warning and proposes a path; the stories each open their own door to a shifted perception, some as disconcerting as finding yourself in an Escher engraving when believing you were ascending a straightforward flight of stairs.

These stories, in their strange mix of comfort and discomfort, are not dissimilar to the hypnagogic state between wakefulness and sleep, and the unusual title can be taken as an instruction: they are best read one by one, preferably as you climb back into bed with a morning cup of tea before a second little sleep. DM/ ML

This article first appeared on The Critter.
asleep awake asleep was published in 2019 by Mojadji Books.