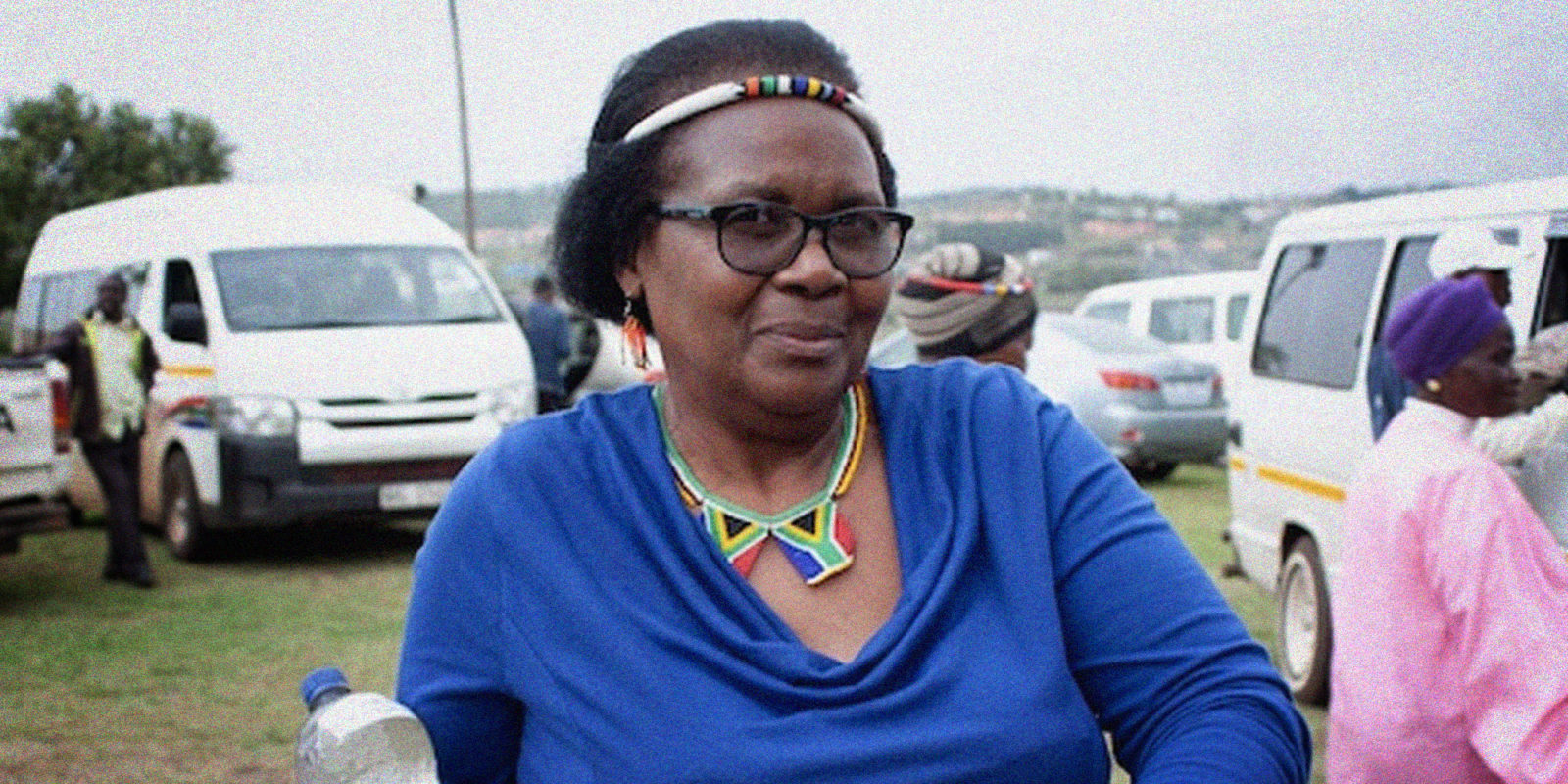 Fikile Ntshangase was part of a group taking legal action to prevent expansion of the Somkhele coal mine adjacent to Hluhluwe-iMfolozi Park in KwaZulu-Natal. (Photo: Rob Symons)

WWF stands with the environmental community in condemning the murder of 65-year-old grandmother Fikile Ntshangase, whose courageous opposition to the expansion of a coal mine on her doorstep has been widely documented.

Mama Fikile Ntshangase was killed in the home she shared with her grandson in a village close to the Somkhele coal mine on the border of Hluhluwe-iMfolozi in KwaZulu-Natal. As a leading member of the Mfolozi Community Environmental Justice Organisation, she very publicly opposed the expansion of the mine.

An aerial view of the area concerned starkly illustrates the environmental issues at stake.

Here we see a large opencast mine (offering a few hundred short-term income-earning opportunities) on the border of an iconic natural wilderness (providing substantial numbers of lifelong jobs), surrounded by rural villages.

All the elements of this story are a microcosm of similar scenarios found the world over, with all the attendant environmental questions about land use, tenure, water and food security, environmental degradation and climate change.

The mine’s lifespan is coming to an end and it wants to expand. Community members complain that overabstraction of groundwater has brought hardship along with the attendant pollutants that have further degraded already overstretched land. On the other hand, the mine owners argue that their activities are bringing much-needed jobs to the area; offers of compensation are pitting community members against each other; and the neighbouring conservation area argues that its integrity is being irretrievably compromised.

And as much as we know and want the extraction of coal to stop immediately, we also know that this requires a transition from where we are now (namely, a coal-dependent economy), to a zero-carbon economy by 2050. But the undisputed phasing out of coal from our energy mix should compel us to tread far more carefully as to where and how we extract only the most necessary remaining coal from our life-giving soil. It is far from necessary to dig for coal wherever we find it, or where narrow interests may be served.

To the last point, as we listen to our government laying out its economic recovery plans for the post-Covid-19 era, we need to be alert to language that signals an inherent tension between economic growth at all costs and plotting a path towards a more sustainable and equitable future.

Now is the time to draw a sharp line between our blunt attitude of “anything goes” and a precision future where we foreground the word “sustainable” before we invoke the concept of “development”. And without justice, injured interests will always be restless bedfellows with poor development decisions.

While the finance minister talks about embracing the idea of working towards a “just and green transition”, we also hear about time frames for mining, prospecting, water and environmental licences being reduced by at least 50% to facilitate investment (in the president’s recently announced Economic Reconstruction and Recovery Plan).

And while the obstacles for renewable energy are slowly being rolled out of the road, a Petroleum Resources Development Bill promises “to unlock our country’s enormous untapped potential in upstream oil and gas reserves”.

The devil, as they say, is in the detail.

The challenges confronting us in the next decade are onerous and risk pushing us beyond reasonable ecological boundaries critical for ecological and human wellbeing. We see rapid and extensive biodiversity loss, land-use change and degradation, water shortages, pollution and a lack of access to clean potable water, and a changing climate that is putting us at risk of extreme weather events.

Simultaneously, we know that more than half of our people live in poverty and are confronted daily with food, water, energy and land insecurity. More than a third of our population is jobless and there are significant development pressures to address unemployment, poverty, lack of access and inequality.

While we recognise the role that mining has played and will continue to play in the domestic and global economy, poorly regulated mining activities can have a catastrophic impact on the environment and society at large. For the sake of our future, we must strive for a more diversified and inclusive economy in which our reliance on fossil fuels will be significantly diminished and replaced with a large-scale shift to renewable energy and associated job opportunities.

We cannot forget the disgraceful case of appalling negligence in the pursuit of the murderers of another community warrior, Sikhosiphi “Bazooka” Rhadebe, who died under similar circumstances in 2016 at Xolobeni. We cannot allow the tragic story of Fikile Ntshangane’s bravery in opposition to powerful forces to become synonymous with his.

In writing this, we honour the memory of these fearless leaders. We must not forget them, for we have no leaders braver than them. DM