Mpumalanga Preview: Support for the EFF may be rising in the ANC stronghold 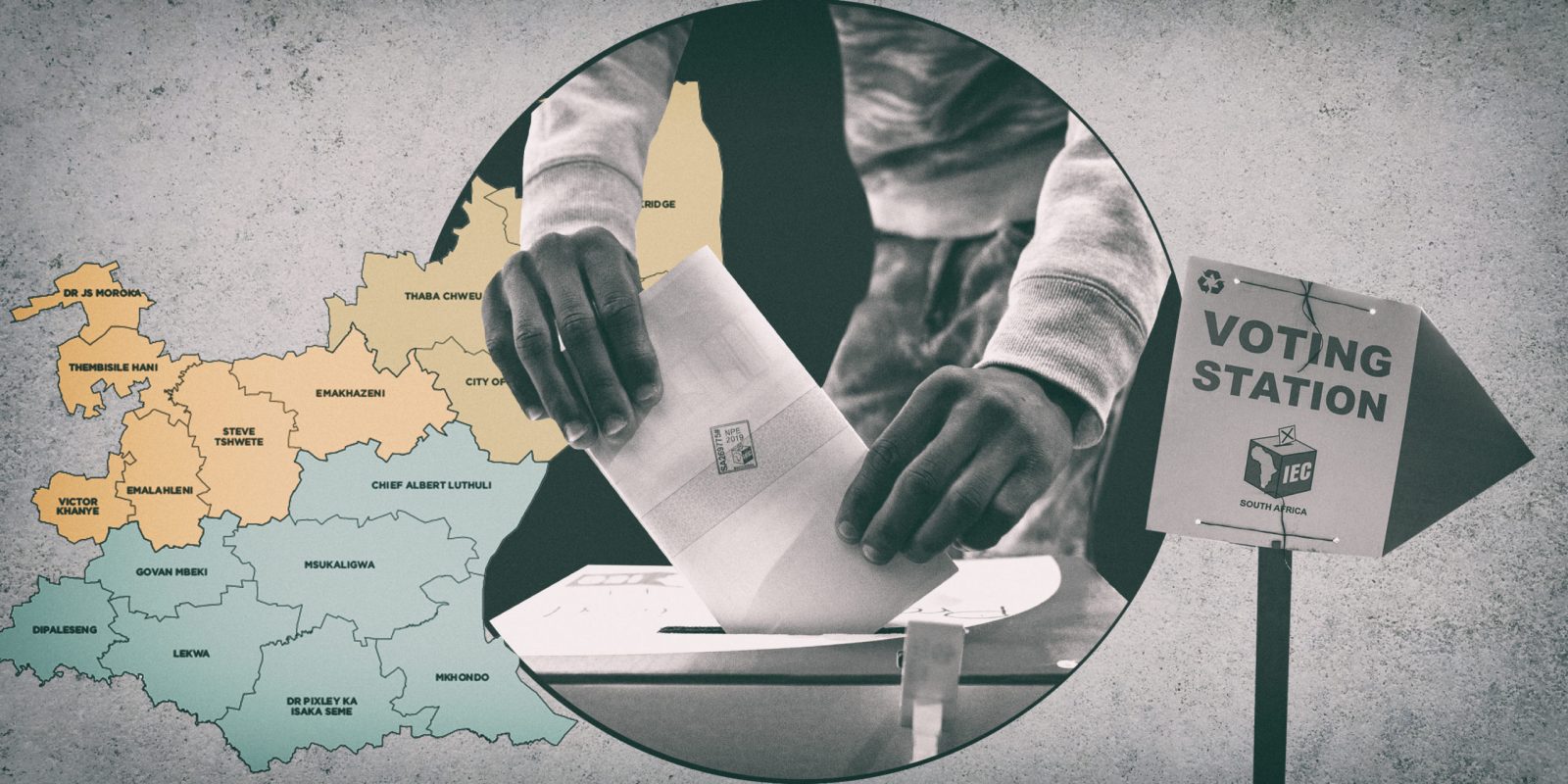 With five seats in Mpumalanga in the by-election contest, the DA needs to do some heavy lifting in one of two seats it is defending. The ANC will defend three safe seats, with two of them being in Bushbuckridge.

On Wednesday 11 November, 107 seats will be contested in by-elections in all nine provinces. This is the first of a series in the build-up.

At the same time, support for the EFF grew from 6% to 13% and became the official opposition in the province, relegating the DA to third place. The DA had minor losses in the province, holding on to their 10% level of support. The Freedom Front Plus (FF+) won a seat in the legislature with their fourth-place finish, leaving it far ahead of the BRA party which had more joy when they contested as the Bushbuckridge Residents Association than as the renamed Better Residents’ Association. BRA lost their seat in the legislature.

Only two seats changed hands in by-elections in Mpumalanga in the period from January 2019 to when by-elections were put on hold in early 2020. The ANC lost a safe seat to an independent candidate in the village of Mdutjana in Dr JS Moroka municipality in the Nkangala district near the Limpopo border. The DA lost a competitive seat to the ANC in Bethal in the Govan Mbeki municipality. That result has a bearing on the most competitive race in this round of Mpumalanga by-elections.

Ward 18 sits next to the N12, east of the city centre of Witbank. The ward has two distinct voting districts. Reyno Ridge is a traditional DA stronghold, but also a district where the FF+ made inroads in 2019.  The other voting district is in the informal settlement of Spring Valley, a smaller voting district and an ANC stronghold. The EFF came second here in 2016 and second again on the provincial ballot in 2019.

This by-election is a three-horse race where the DA, the ANC and the FF+ have a chance of winning the ward. The FF+ could take the ward from the DA through a mass exit from the DA base in Reyno Ridge to them, while the ANC could take it from the DA through a similar series of events as seen in the Bethal by-election in Govan Mbeki in late 2019. On that occasion, the FF+ surged at the expense of the DA, and at the same time the ANC was able to get their supporters to the polls and fashion a narrow win over the FF+ as the DA slipped to third place.

The DA knows that they will need to carry the Reyno Ridge voting district by a healthy margin to hold on to this ward.

Kwa-Guca and eMpumelelweni are two townships west of Emalahleni (Witbank). This is an ANC stronghold where the EFF will hope to make inroads in this by-election. A relatively new party, the African Federal Convention (AFC) will also be contesting. This party was formed by former EFF members.

This is a suburban ward in the eastern part of Secunda. This was initially expected to be a two-horse race between the DA and the FF+. With the FF+ opting not to contest, the race is now classified as safe for the DA. Nevertheless, the ANC and EFF will also be on the ballot in the ward.

Thulamahashe is a town which sits between Casteel, on the R40 north of Bushbuckridge, and the Manyeleti Game Reserve. The R40 is the regional road linking Bushbuckridge with Limpopo. Ward 31 is an ANC stronghold.

The EFF will want to continue their growth in this ward. An unheralded independent candidate and the African People’s Convention (APC) will fight it out for third place.

Edinburgh and Rolle lie next to Thulamahashe where the Ward 31 by-election is taking place. The towns sit between Casteel, on the R40 north of Bushbuckridge, and the Manyeleti Game Reserve. The ANC is even stronger in Ward 36 then they are in Ward 31. There are only two parties, the ANC and EFF, on the ballot in this by-election and both will have a chance of increasing their percentage vote share from 2016. DM