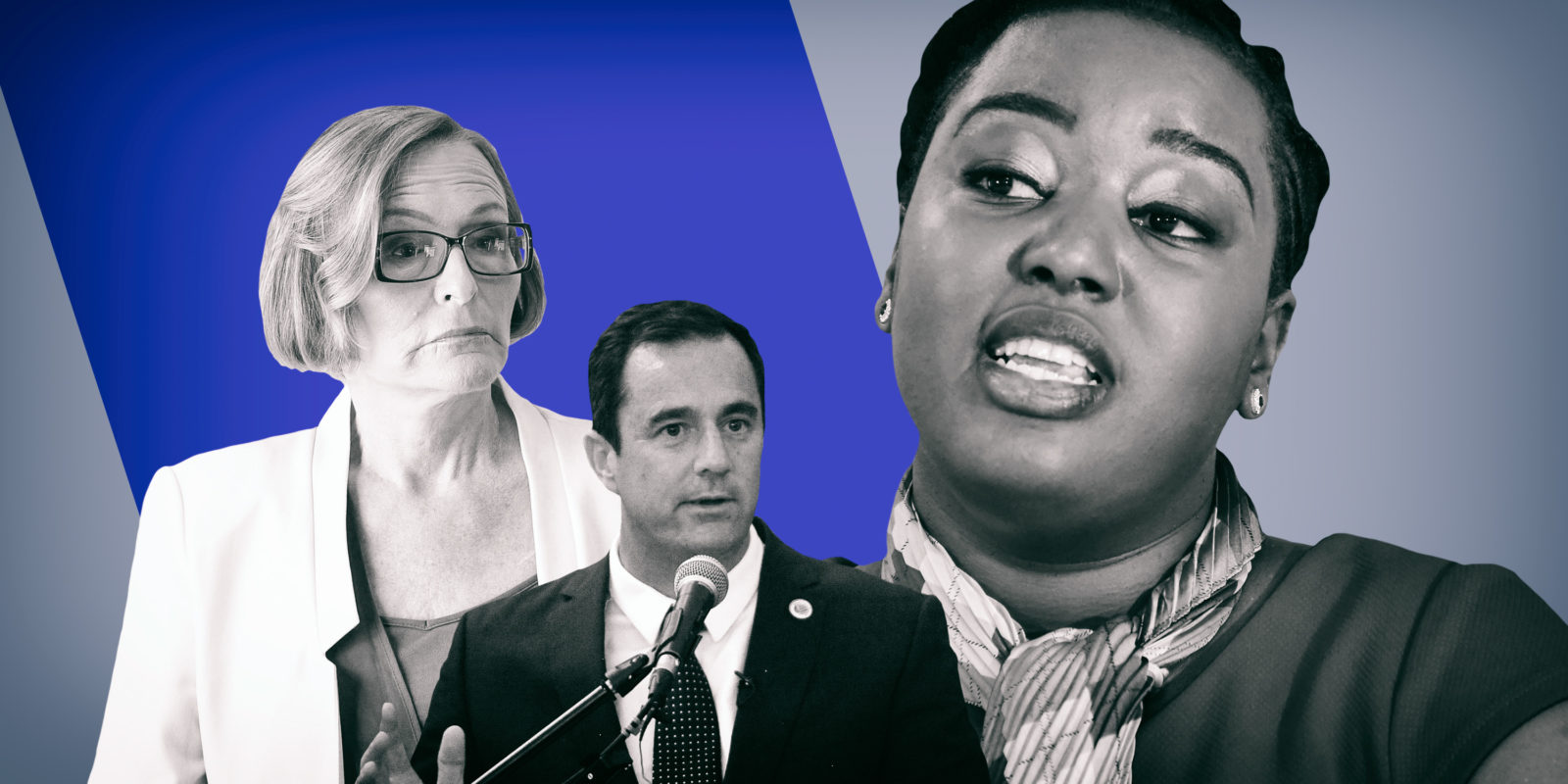 “The turbulence is over, and the next leg of our journey has begun,” DA leadership candidate John Steenhuisen told delegates to the 2020 federal congress shortly before voting on new leaders commenced.

Steenhuisen, who has been acting as the party’s leader since the resignation of Mmusi Maimane last October, painted the last 12 months as a period during which the party has regrouped with his hand on the tiller.

“Under my leadership, we have not shirked away from the challenge that confronted us,” Steenhuisen said.

“When the going got tough, I made sure the DA got going.”

In a veiled jab at his leadership rival Mbali Ntuli, Steenhuisen said: “Instead of criticising the DA in the media, I worked hard to improve its image.”

If made leader, Steenhuisen promised additional support to party activists, an end to the days of “Facebook politicians” taking credit, and no more “people being parachuted into positions” – the latter a probable reference to his predecessor.

Ntuli’s swansong campaign speech made no mention of her rival, focusing instead on her intention to “make the DA kind, strong and fair” and take the party “to being a majority government in this country”.

She, too, spoke of empowering branch delegates and giving party councillors additional training and resources. Ntuli proposed making better use of the DA’s ancillary bodies – its women’s network and youth structures – to recruit members and activists.

What was needed, she said, was to “reinvigorate” the public imagination; to convince all South Africans that “we will fight for them and never scapegoat them”.

By 6pm on Saturday, voting for the leadership position and three deputy federal chairperson posts had closed. Voting for the important post of federal council chair – contested by the incumbent Helen Zille and challenger Mike Moriarty – had also taken place, though only members of the federal council were eligible to cast those ballots.

The 2039 delegates attending the 2020 DA federal congress are mostly doing so from home – as the party mounts what is almost certainly the best-run large-scale political meeting ever to be staged in South Africa.

The virtual congress confirms the DA’s status as a thoroughly modern political party. It has been stage-managed in a manner more reminiscent of an international awards show than a South African political gathering, with top quality production values and proceedings kept tightly on schedule.

The congress, which is mostly accessible to the public via YouTube, is a world away from the electoral conferences held by other South African political parties. The ANC’s versions of such proceedings sometimes run so far behind timetables that they have to be extended for whole days. The EFF’s most recent electoral congress saw nominations for top leadership take place via show of hands.

What has to be sacrificed to ensure such well-oiled proceedings? Some elements of the democratic process, detractors would suggest. When it came to debating amendments to the DA constitution, only delegates previously noted down as speakers could make verbal contributions. For the rest, the chat function on Zoom had to suffice.

Concerns had been raised in advance – notably by Ntuli – that staging a digital conference would disadvantage less tech-savvy delegates. Party spokesperson Solly Malatsi gave assurances that this was not the case: workshops had been held on using Zoom; delegates who needed it had been subsidised with data; and those without reliable online access from home could follow proceedings from one of a number of “hybrid venues” across the country.

To vote, delegates received unique codes on cellphones via SMSes, used an online voting platform, or voted physically at one of the hybrid venues.

“No other party has attempted anything as big or ambitious as this, but then there is no party quite like the DA,” pronounced presiding officer Desiree van der Walt.

A potential glitch in the voting system might have been detected when all five proposed amendments to the first chapter of the party’s constitution, requiring the support of 80% of all delegates registered for congress, failed to pass the threshold. This raised some eyebrows, since three of the proposals were uncontroversial suggestions from Steenhuisen tweaking the wording of various clauses, and had received the support of the party’s constitutional review committee in advance – usually a reliable indicator that an amendment will be carried.

An amendment by Ntuli to create a deputy party leader position was also shot down. Ntuli suggested the move was overdue both in order to lighten the workload of the leader and for potential damage control.

Spokesperson Malatsi denied that delegates were slow to find their feet with the voting system, suggesting that the amendments had not been passed because delegates were satisfied with the status quo.

“It’s not about the voting system, it’s about the party’s strong faith in the values and principles [already enshrined in the constitution],” Malatsi told Daily Maverick.

Saturday’s proceedings were largely taken up with the consideration of some 42 amendments to the DA’s constitution. Those which did not affect the first chapter required the support of two-thirds of those voting (as opposed to those registered for the congress) to pass.

Among the proposed amendments which failed to garner sufficient support was one which aimed to make DA representatives guilty of misconduct for posting offensive social media material. It was judged over-broad, as hampering freedom of speech and of covering an area already dealt with by the party’s social media policy.

Dissenters won the day, however, by maintaining that it is standard practice for people to only elect leadership from within the structures they personally belong to.

An amendment by Ntuli to create a deputy party leader position was also shot down. Ntuli suggested the move was overdue both in order to lighten the workload of the leader and for potential damage control.

But opponents of the amendment, including Mpumalanga leader Jane Sithole, countered that the establishment of such a post would create expectations that the holder should succeed the leader, which was anti-democratic.

The shadow of the ANC loomed large over the congress on Saturday, with almost every proposed amendment subjected to a comparison with current ANC practice.

On the final day of the congress on Sunday, delegates will vote on proposed resolutions, hear reports from ancillary bodies, and receive the leadership vote results. DM