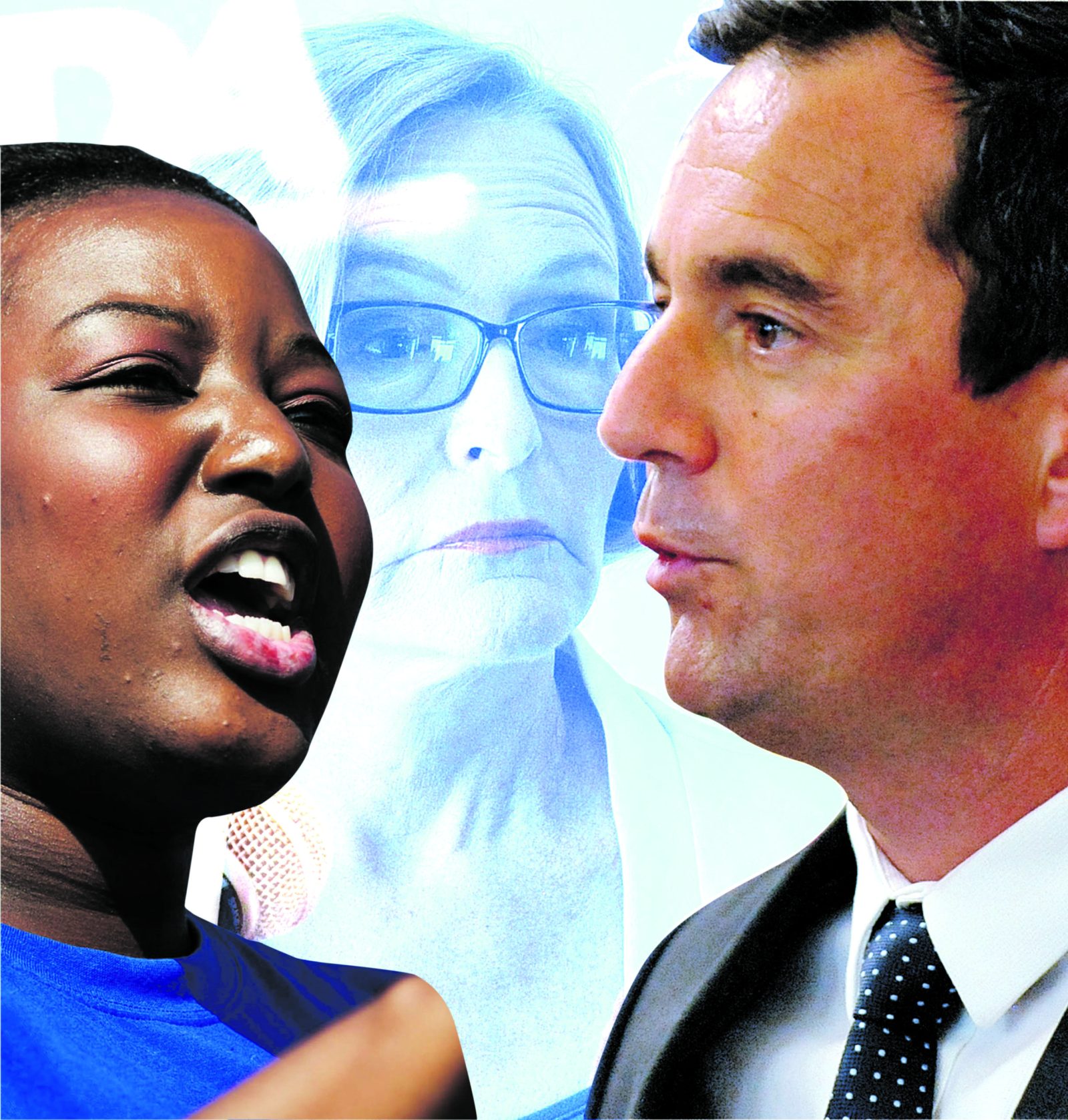 The next leader of the Democratic Alliance will be announced at the culmination of the party’s federal congress on 1 November. They will be taking the wheel at a crucial time.

Exactly one year after stepping down from the leadership of the DA, Mmusi Maimane took to Twitter in late October to deliver some retrospective reflections on his time at the party’s helm.

“When you are the leader [of the party] 80% of your work is managing the internal conflicts and the interference from outside actors,” he wrote. “I tried to do that with kindness and with grace, but the environment was not fertile.”

Whether the environment within the DA is any more “fertile” today is questionable. Covid-19 has meant that 2020 has been a strange year for opposition parties, with the pandemic’s state of disaster and hard lockdown casting into stark relief the reality of the South African opposition’s limited relevance when the chips are really down.

It was the Economic Freedom Fighters that seemed most at sea during the height of the Covid-19 crisis in South Africa: Unable to mobilise Fighters to protest injustice in its usual fashion, there were whole months when the party seemed virtually invisible.

The DA performed far better during this time, running projects including weekly Covid-19 Q&As and maintaining very vocal oversight of the government’s pandemic handling – even if this was, at times, perhaps more adversarial than was helpful in a time of crisis. The party can also justifiably point to the province it governs, the Western Cape, as having weathered the health emergency in a way that has proved the superiority of its provincial health system.

But at a time when most eyes were on the ANC, the DA still managed to grab unfavourable headlines. Most damaging was the very public resignation of the party’s Gauteng leader John Moodey in September, citing reasons that by now have become all- too- familiar from the DA’s representatives of colour. Moodey’s departure was accompanied by a sordid jobs-for-sex allegation against another DA leader, the details of which do not have to be rehashed here but which point at a minimum to an internal atmosphere rife with fraught power dynamics and backstabbing. In other words, politics. Moodey’s exit occurred in the context of the contestation for the DA’s top post, a race that has historically been very bruising for the party. The final contest, between KwaZulu-Natal member of the provincial legislature Mbali Ntuli and the party’s former chief whip John Steenhuisen, has actually proved relatively sedate by the standards of past years – partly due to the fairly draconian restrictions slapped on campaigners by a federal council desperate to avoid further public fallout.

Steenhuisen has said he considers one of the DA’s greatest issues at present to be a culture of rampant leaks to media and public criticism of the party by insiders. This is a reality for the DA at present. But in the same way that Steenhuisen deplores the media’s focus on the DA’s personality battles rather than policies, it would be a mistake to pin the party’s problems on wayward tweeters.

The DA has been facing a loss of confidence and trust from voters pretty much across the board over the past two years. Much has been made of the party haemorrhaging voters to the Freedom Front Plus in the 2018 general elections, but disenchantment with the DA is not restricted to conservative Afrikaans voters. This is evident in the fact that the DA’s weak by-election performance since the 2018 poll has also seen the party shed seats to the ANC.

One of the criticisms of the party under Maimane’s leadership was that it was attempting to be too broad a church: in trying to please everyone, it ended up pleasing fewer people. Since Maimane’s exit, the DA has attempted to regroup, consolidate, and reframe itself in a more concrete incarnation. This has included enshrining an opposition to BBBEE in policy and making more visible overtures to Afrikaner, or Afrikaans-speking voters. There has been much debate over whether the jettisoning of BBBEE is likely to cost the DA black voters, with the majority of media pundits coming down on the side of “yes”. Others, including former DA leader Tony Leon, have pointed out that polls suggest most South Africans would happily ditch affirmative action if the result was more jobs, period. The issue is, of course, abstract: the DA has no ability to implement labour law.

But the question at the heart of it is the message it sends to voters – particularly since there are not many overt signs that the DA is working as hard to recapture the township votes it shed in 2018 as the FF+ defectors. This has led to unhappy speculation that the party is resigning itself to serving in opposition in perpetuity, happy to govern the Western Cape and a handful of metros. This was among the charges levelled by Moodey upon his departure.

Do voters want to spend their priceless ballots on a party with no serious aspirations of national governance? Will voters outside the Western Cape be happy to lend support to a party seemingly focused on one province above all others? Unlikely.

The DA’s new leader takes power at a time when other parties look set to cause new headaches. It is not just the ANC and the FF+ that the party must fend off in upcoming by-elections. There is some evidence that Patricia de Lille’s GOOD party is making inroads in parts of the Western Cape. And with local government elections on the horizon in 2021, the incoming leader should be eyeing Herman Mashaba’s new venture with concern, particularly in Gauteng.

But it’s not all doom and gloom for the new leader. The Covid-19 crisis has given birth to the sense globally that the old ways of doing things are failing. That spirit seems as prevalent in South Africa as elsewhere. If the DA can capitalise on the growing consensus that change is urgent and necessary, new growth may be on the horizon. DM168