Reflections of a Wayward Boy: How I tumbled a notorious apartheid police spy 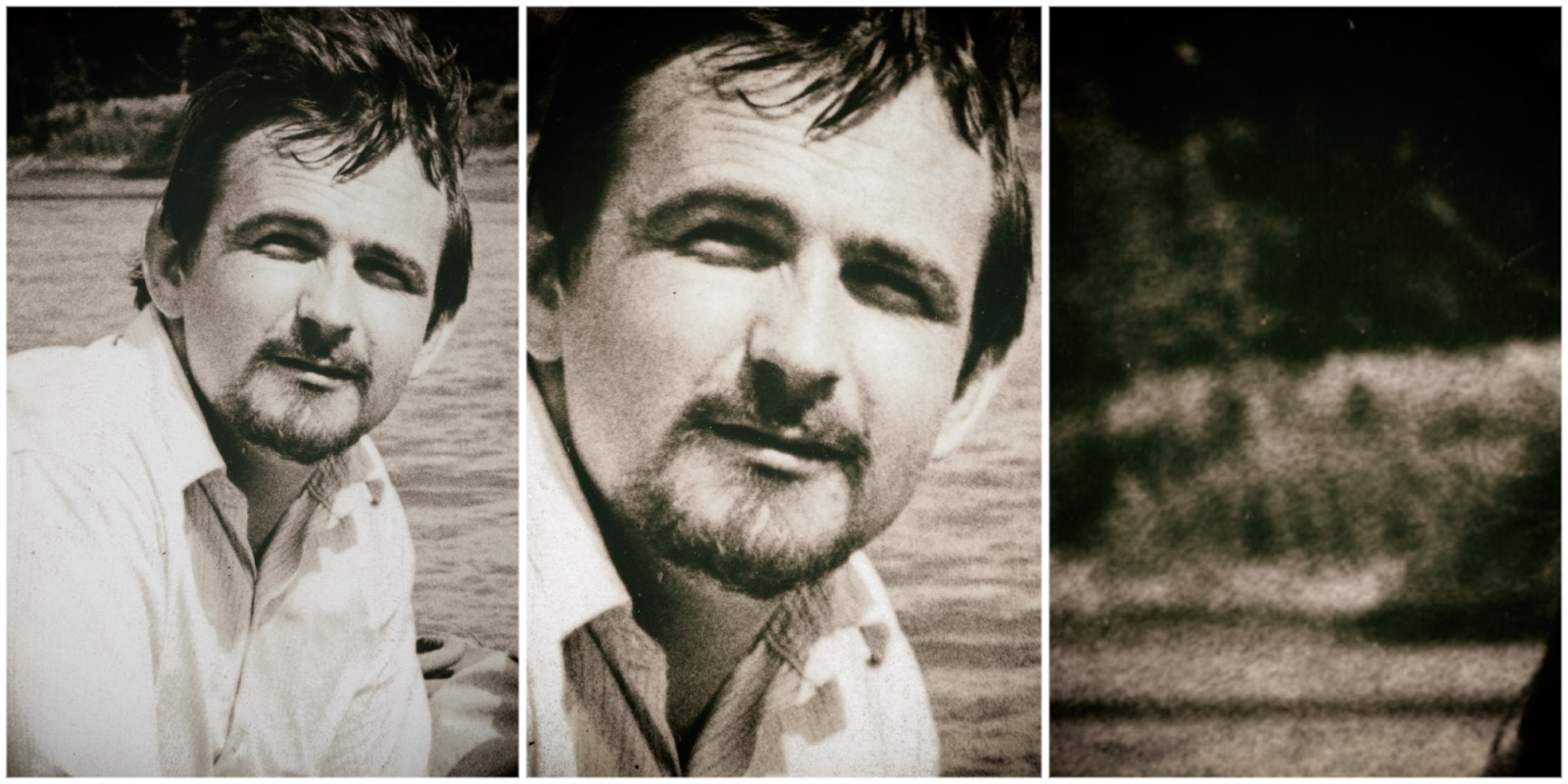 When the security branch swooped on 3 July 1964, no newspaper had a picture of me. I had seen to that as a precaution should I ever be on the run. Yet, as I soon discovered, the police had veritable photo albums of everyone.

However, the Rand Daily Mail did have one picture, taken by photographer Selwyn Tait, while we joked around, having found a Bren gun lying on the ground while reporting on an army night training exercise. It was quickly — and understandably — removed from the newsroom noticeboard. But the interrogators weren’t interested in photographs: They — and the Communist Party — wanted to know the whereabouts of a printing press I had unilaterally removed.

Interrogators work in shifts. Which is understandable since their victims are often badgered, bullied, sweet-talked and tortured for days and nights on end. But when there is a large influx of detainees from whom information needs to be extracted the more adept and sometimes most brutal practitioners of this nasty trade concentrate on the big fish in the security net; the less adept work on the minnows. But in 1964 those in charge at all levels were apparently better briefed about us than I certainly gave them credit for.

I was one of the minnows and was both poorly prepared and arrogantly confident when the police took me to my apartment after dragging me from my car outside the Rand Daily Mail offices shortly after midnight.

As they searched and piled up books to be confiscated, I asked to bath and change, a necessary distraction to enable me to hide my dubiously obtained travel document. That resulted in me being bundled into the back of a police car, dressed in a lightweight suit during some of the coldest weather on record, and with just a toothbrush in my top pocket.

I was confident that I would not have to think seriously about escaping since, although the police would certainly know where my sympathies lay, they would know nothing of any political activity. I would soon be released.

After some three weeks of solitary confinement, some of that optimism had evaporated. Much of the rest disappeared after the first interrogation in an office in the prison. A security branch officer opened a file revealing photographs of me, some taken at meetings I had forgotten attending. Dismissing my demand to be charged or released, he presented me with several sheets of paper and a ballpoint pen. “Write your biography, from the beginning to now,” he said.

Back in the cell I spent, I think, two days writing what must have been a most naive argument about the injustice of apartheid. On the Friday morning of that week, I was again marched from my cell to the interrogation room to face the sneering security branch officer to whom I handed over the papers and the pen.

He glanced slowly through the pages before folding them over and dropping them in a waste bin alongside the desk. “This isn’t fit to wipe my bum with, chum,” he almost hissed at me. Then he added that I would be properly dealt with outside the prison, on the Monday. And he reminded me of the sounds made when interrogated detainees, apparently prostrate, were dragged back to their cells along the prison corridor at night.

This was clearly aimed to frighten me. It worked. But I decided I would fight back. They might kill me, but I would at the very least do serious damage to at least one of them. So I spent the weekend in my cell, carefully scraping away the rubber in the front of my boots with a spoon to expose the hard leather under-sole: when I kicked I intended to cripple.

I had steeled myself. This was going to be hard and horrible, yet I was ready. But so too was the chief interrogator, a Lieutenant van Zyl. In the first place, the handcuffs were removed as we entered the room. The only furnishings were a desk, behind which sat Van Zyl and, in the corner, a hatstand. I recall some disparaging remark about my posture, so I stood erect, at attention. Van Zyl then came around his desk and drew a square with a piece of chalk around my feet while solemnly intoning:  “I deem this fit to be your place of detention.”

My amusement was tinged, I think, with a sense of relief and then with a conviction that I could outdo them at anything. And when they started betting among themselves how long I could last before having to beg to sit down — 10 hours? 15? 20? I informed them that I could stand for a very long time. It took me many hours to realise that they didn’t have to beat me up; they just let me do it to myself.

The quarter-hourly chimes of a nearby church clock enabled every detainee in Kompol to know for exactly how long they had been interrogated and harangued. In my case, the interrogators wanted names, associates and the whereabouts of a printing press. All very vague and general. Then, after 12 or 14 hours when Van Zyl was not present, one of his juniors barked at me about the printing press: “It’s not in that Germiston office, so where is it?”

That was a giveaway: only Paul Trewhela and Gerard Ludi had been to the office I had rented as a printing base — and Paul was also in jail. The senior interrogator at the time glared at his colleague, waving him to silence. But the colleague then compounded the blunder. Perhaps forgetting that I spoke Afrikaans, he muttered, half under his breath: “Maar Ludi het gesê… (But Ludi said…).”

I pretended not to have heard, but from then on the interrogation was only about the printing press. However, Sergeant van Wyk did find the situation amusing. He noted: “You must be the only guy wanted by the Communist Party and the police.” Which was how I discovered who actually owned the Gestetner.

At the request of Paul and Gerard, I had rented by post — in an assumed name — a small office in a back street in Germiston and, with them, had taken the Gestetner up to it. But it seemed rather foolish for the location of so valuable an item to be so widely known. Those responsible for printing should be anonymous and should not know for whom the jobs were done. The upshot was that I arranged, in strict confidence, for one of my group to seek out a new location for the press that even I shouldn’t know about. Then I removed the Gestetner and hid it in the back of the garage of my rightwing father.

I then informed Paul and Gerard that any future printing needs could be dealt with by passing the stencils to me for relay to the printer. But before anything got under way, I was detained.

In Kompol, as the interrogation progressed, I realised that the 3 July raids had probably been inevitable, but that the timing may well have had to do with me “stealing” the SACP’s printing press.

The security branch knew I had it. But they clearly knew nothing about the relationship with the Fordsburg and Soweto groups or even much about the Germiston group, apart from the term “Terry’s boys”, which I claimed to know nothing about. But, after more than 30 hours of enduring what is now rather romantically known as the “statue torture”, I began to realise that I was becoming disorientated, starting to lose my ability to concentrate: I was being used to break myself down.

In order to gain my freedom — and deal with Ludi — all I had to give up was the printing press. In doing so, I might even be able to get out the information that Ludi was a spy. So, after 36 hours and 15 minutes (by the chimes of the nearby church clock), I agreed to give a statement and accompanied the police to my father’s garage.

The upshot was that the police got the Gestetner, my group got the message that Ludi was a spy, and I returned to my solitary cell for several weeks where I plotted obsessively about how I would deal with Ludi if nobody had got to him first. DM

Selwyn Tait sent a copy of the Bren gun picture to me when I returned to South Africa after 27 years in exile.