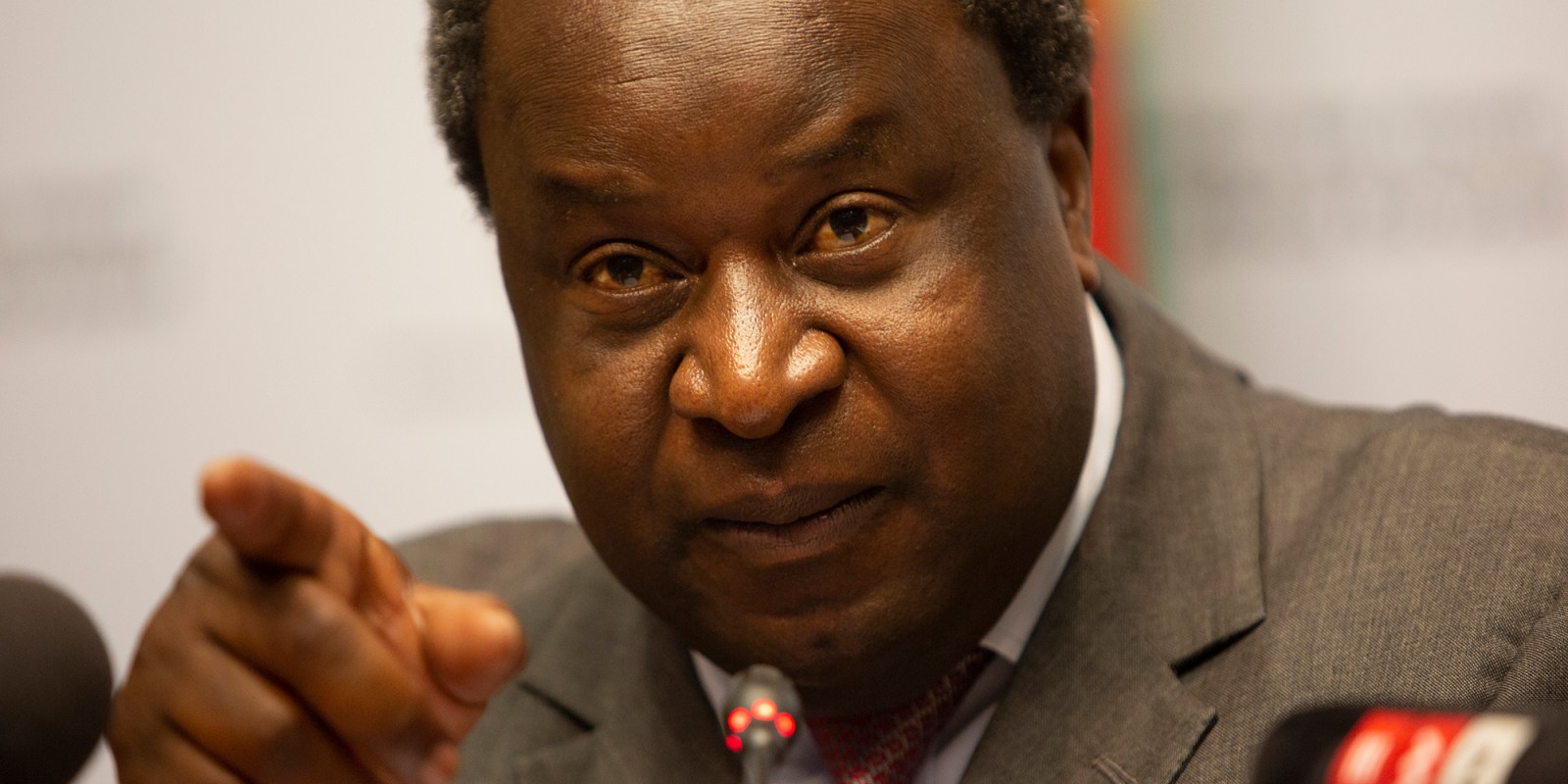 Less than 24 hours after the Medium-Term Budget Policy Statement was presented, its credibility is being called into question. The Land Bank is pushing for R7-billion, despite warnings on South Africa’s unsustainable debt levels that in no small way triggered the public wage freeze.

A slip of a ministerial tongue during Thursday’s briefing on the Economic Reconstruction and Recovery Plan got the ball rolling.

But presenting the Medium-Term Budget Policy Statement (MTBPS) on Wednesday afternoon, Finance Minister Tito Mboweni made no such announcement. What he did say was perhaps an indication of the as yet unresolved funding contestation.

“R3-billion was allocated to the Land Bank in June. The bank will require an additional R7-billion over the medium term to support its restructuring,” is what Mboweni told MPs before segueing to the R10.5-billion bailout for SAA, styled by the government as funding for the airline’s business rescue.

The MTBPS itself is also clear on the fiscal framework over the next three years: “n0 further recapitalisation of state-owned companies is assumed over the medium term…”

When asked about further Land Bank bailout billions, Didiza put her comments down to enthusiasm that Mboweni had mentioned the Land Bank.

“This is the happiness from me and the farming community that government is considering the repositioning of the bank,” she added after stating, “In the national Budget the (finance) minister will indicate how that will be addressed.”

This is a signal that conversations at the highest level of government will continue in a push to secure billions on the argument such a bailout – recapitalisation is government’s preferred jargon – was crucial for the Land Bank to continue its role. In the Economic Reconstruction and Recovery Plan, land reform projects and emerging farmer support are important measures.

In January 2020, Moody’s downgraded the Land Bank, largely because of its debtor’s book. By April 2020 the bank began defaulting on its debt obligations. According to the MTBPS, the R3-billion allocated in June’s emergency Covid-19 Budget allowed the Land Bank to begin repaying overdue interest from August 2020. It is also restructuring its assets and liabilities.

“This process depends on further shareholder recapitalisation and the reduction of its loan assets to retire some of its debt. The Land Bank has approached government for additional financial support,” said the MTBPS.

Hence the push for further billions to restructure the bank and its functions. It was not immediately clear if the R7-billion would be over and above the R3-billion of June 2020, or whether in addition to the R3-billion another R4-billion is sought.

Mboweni can expect robust engagement from his Cabinet colleague responsible for agriculture and land.

But if the Land Bank gets further money then so should Denel, which says it needs another R3-billion for its restructuring, the SABC, the South African Post Office – and Eskom, which with its R488-billion debt remains the greatest risk to South Africa’s economy.

As the SAA R10.5-billion allocation has shown, the government’s talk about drawing the line under further support for state-owned entities (SOEs) is a moving target.

It’s no giant leap to argue, similarly, that another moving target is the public wage bill chill announced in the MTBPS to underscore commitment to debt containment. But depending on the level of political contestation, also within Cabinet, such wage restraint may well be ditched.

The effective freeze of salaries for South Africa’s 1.3 million public servants has already been roundly rejected by affiliates to Cosatu, the governing ANC’s alliance partner.

The South African Democratic Teachers’ Union (Sadtu) described this freeze on Thursday as a “provocation” to teachers trapped in a vicious cycle of debt.

“We cannot take this lying down when the cost of living continues to increase on a daily basis.”

The National Education, Health and Allied Workers’ Union (Nehawu) also rejected the wage freeze, describing it as an onslaught.

“Nehawu will continue to mobilise society and all progressive forces against [these] reactionary, counterrevolutionary austerity measures that are unleashed on our members and the society at large by Treasury.”

Earlier in October, Nehawu clinched a wage increase of 6.1%, or just short of double the 3.1% inflation rate, for its members at Parliament and the provincial legislatures.

“These were difficult negotiations which nearly collapsed as a result of outside influence, in particular, the National Treasury which wanted to collapse collective bargaining and deny workers’ salary increases,” said Samwu in a statement on Thursday.

Perhaps it was this that Mboweni wanted to talk to lawmakers about when he mentioned “crisis at the water boards” at the traditional post-MTBPS briefing to Parliament’s finance committees.

“Very soon we will have major water issues in South Africa,” he said, although that may well also be a reference to ongoing governance and financial instability at many of these water boards.

But it never got there. After warning of South Africa now being “in the danger zone” of debt – the MTBPS forecasts increases to 95.3% of debt to gross domestic product in 2025 – Mboweni said he’s sticking to his lane.

Mboweni said: “I’m told many times to stay in my lane”. At this stage, it’s not clear if this is a tactical retreat – for now – in an effort to ensure support from the whole Cabinet for a public wage bill freeze, given that it’s an extremely unpopular political move and potentially one that could even further fan social restlessness.

But Daily Maverick is told that negotiations on a new salary deal for the public service have not begun – even if the clock is ticking as traditionally such wage increases are implemented from April. No interactions have taken place over the government not paying the 2020 salary increases, the end of the three-year deal signed in 2018. That’s because this is in court from early December.

All this is part of the curious political contestation in Cabinet with no heed to warnings of a debt crisis as almost nothing is left in the public purse. DM