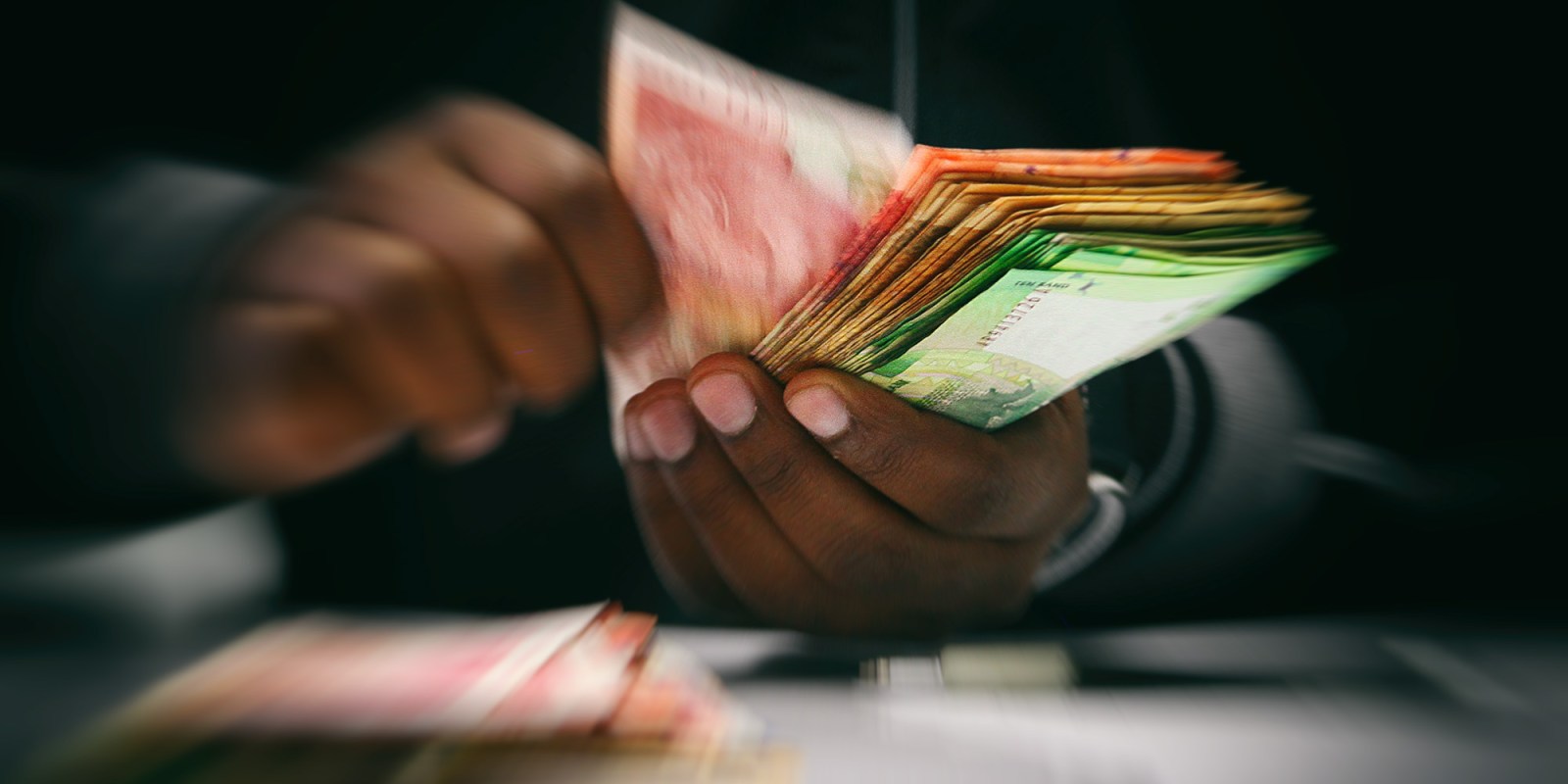 An employee counts mixed denomination rands at the Forex department inside a bank branch in Johannesburg. The National Treasury has, since 1955, slowly unwound the tangled web of legislation that governs South Africa’s exchange control regulations. (Photo: Nadine Hutton/Bloomberg via Getty Images)

Attracting foreign investment and positioning South Africa as a financial hub for investment into Africa requires a regulatory overhaul. The National Treasury has started the process, announcing in the mini-budget new steps which will start the process of fundamentally changing exchange controls.

The National Treasury has, since 1995, slowly unwound the tangled web of legislation that governs South Africa’s exchange control regulations. But 2020 has seen an acceleration of this process as the government works to attract inward investment and position the country as an African financial hub.

On Wednesday Finance Minister Tito Mboweni announced steps to make cross-border business easier, including relaxing rules around inward listings, loop structures and foreign corporate borrowings. At the same time, the National Treasury announced that it was exploring the listing of foreign-denominated assets on local exchanges.

This builds on the announcement in February that SA’s Exchange Control Regulations would be phased out and replaced with a new capital flow management system under the Currency and Exchanges Act, 1933.

“Work is well advanced to modernise the cross-border flows management regime to support South Africa’s growth as an investment and financial hub for Africa,” Mboweni said on Wednesday.

Since 1933 South Africa has operated a “negative list” system which prohibited all foreign-currency transactions by default and regardless of size. This meant South African travellers had to apply for funds for business or leisure travel. And they had to apply to use their credit cards to fund foreign purchases, though e-commerce did away with that.

This system was restrictive and complex and is being overhauled and replaced with a risk-based approach which permits all foreign-currency transitions, apart from a small risk-based list of capital flow measures.

“We are working on implementing this system and the minister’s announcements were on steps forward in this regard,” says Ismail Momoniat, head of tax and financial sector policy at the National Treasury.

What this means is that instruments, including all debt, derivatives and exchange-traded instruments referencing foreign assets, that are inward listed, traded and settled in rands on South African exchanges, will be classified as domestic.

Previously, these instruments were classified as foreign, which meant institutions could only invest in them as far as their prudential limits allowed – this removes that restriction, which is good for investors.

This is already the case with inward listed shares like AB InBev and Prosus.

“What we are doing is levelling the playing field for all of these different assets,” says Errol Makhubela, acting chief director: Financial Markets and Stability at the National Treasury.

“Previously, these instruments were classified as foreign, which meant institutions could only invest in them as far as their prudential limits allowed – this removes that restriction, which is good for investors.”

Similarly, the restrictions on loop structures have been removed to encourage inward investments into South Africa.

Among the companies that this legislation will benefit are early-stage tech start-ups, which typically set up offshore structures when they start to raise offshore capital.

“Setting up these structures is complex, time consuming and expensive,” says a venture capital investor who preferred to remain nameless. “Any liberalisation of this system that will encourage investment in this sector will be beneficial.”

This reform will be effective from 1 January 2021 for individuals and companies, including private equity funds, provided that the entity is a tax resident in South Africa.

Companies that raised debt in dollars or any other currency also had to apply for SARB permission to do so. This falls away and all bond and note issuances by South African corporates offshore (excluding State-Owned Corporations) with recourse to South Africa, will be subject to framework and reporting conditions determined by the South African Reserve Bank.

“South Africa needs to shift from being a consumer-led economy to an investment-led economy, and it appears that National Treasury is really thinking about what needs to be done in order for this to happen,” says Andrew Dittberner, chief investment officer at Old Mutual Wealth Private Client Securities.

“At this stage, there is not much detail, but these announcements are positive and are the silver lining on yesterday’s budget statement.”

What this all signifies is a fundamental shift in philosophy – away from control and command and towards a structure with a lighter regulatory touch.

The National Treasury is also engaging industry on other ways to enhance SA as a gateway into Africa.

“We need to understand all of the risks, but discussions with industry are well advanced and we would like this to be finalised by February,” Makhubela says. DM/BM