A water and sanitation revolution is coming, and Africa and Latin America can lead the way 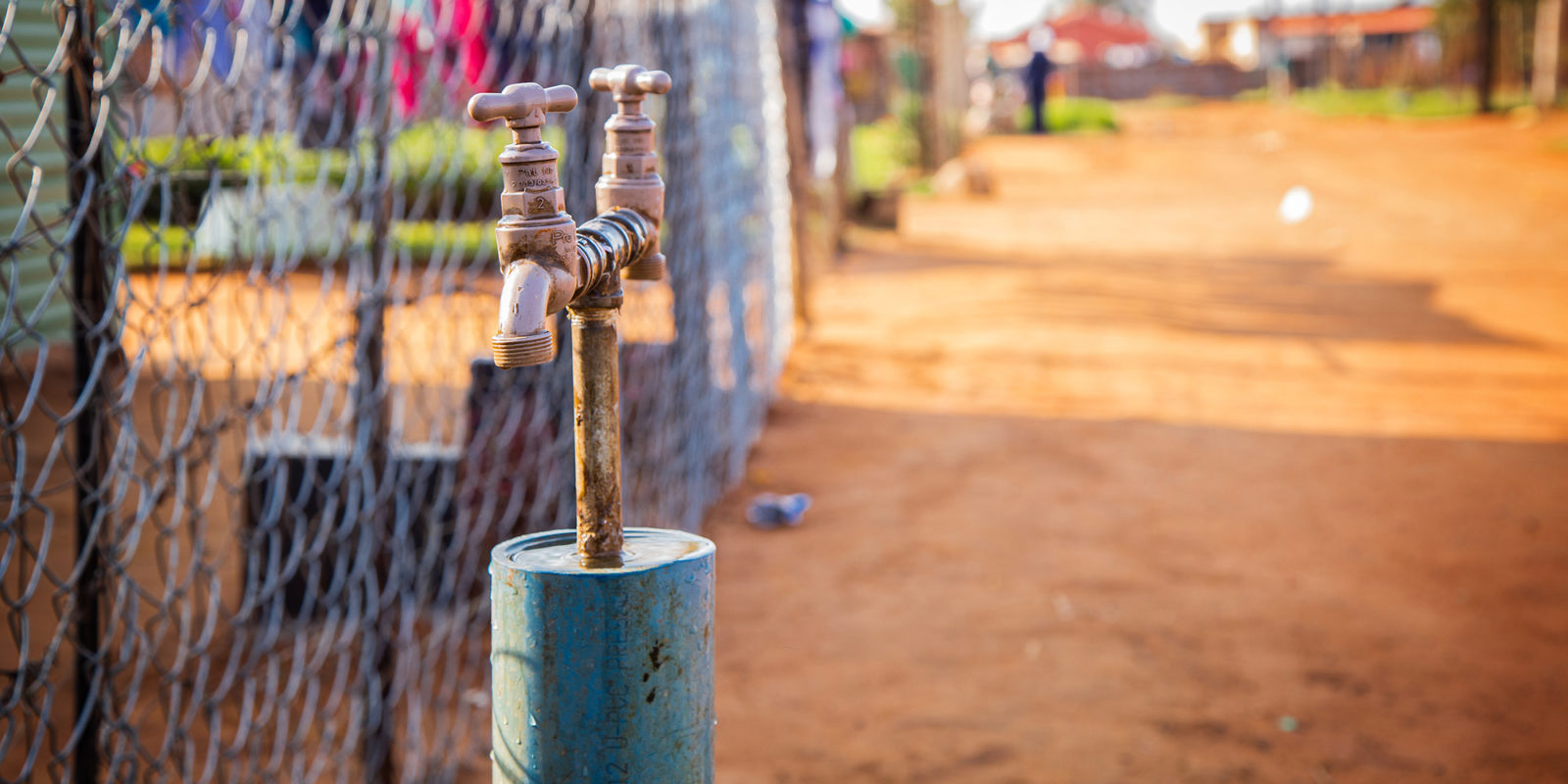 Conditions are harsh in Masiphumle informal settlement in Buffalo City municipality — the water supply for 500 people is a single tap. (Photo: Gallo Images)

African-Latin American partnerships in water and sanitation can help lead the world to a better, greener, more sustainable future.

SARS-CoV-2 has defined this time in global history. Covid-19, despite its name, really owns the year 2020. It has permeated and redefined every facet of the script of human existence. It has highlighted every flaw, every shortcoming, every less than perfect strategic decision and investment we have made. It has affected us all medically, economically, socially, psychologically, politically, and environmentally.

And this horse of this apocalypse does not ride alone. It is in fact a mere foal alongside three more mature steeds.

The first is the continued global economic downturn. The global economy was only marginally recovering from the 2008 crisis when it was plunged into an even greater crisis by the pandemic and its associated halting of the global economy.

The second is the continued and deepening global climate crisis, with unprecedented drought and flood events destroying the environment, threatening lives, and challenging agriculture, fostering a higher food security risk. This was already an immense global challenge as the alarming figures associated with world hunger released by the UN’s Food and Agriculture Organisation remind us every year.

This prompted the 2018 UN Security Council resolution acknowledging the link between conflict and hunger. Before Covid-19, 80% of the world’s children who were chronically hungry lived in conflict zones. This has been recognised in the award of the 2020 Nobel Peace Prize to the World Food Programme for its work in the domain of emergency food aid, in a year when global hunger reached unprecedented levels, destroying the gains of the last 10 years.

The third is dealing with a deeply fractured multilateral system, increasingly defined by trade wars, intra-UN conflicts and a deepening challenge to attain a “globalisation for good model”.

Water remains central to all of these mega-challenges. The goals we have set locally and internationally for water and sanitation development are under direct threat. And water is a potential key facilitator of solutions. But our progress on most indicators as they are described in Sustainable Development Goal 6 (SDG6 – “clean water and sanitation for all”) is slow at best.

We have to implement as core to our water plans the latest science, the most updated technologies in order to come anywhere near the 2030 SDG6 targets and the 2050 10 Billion Initiative, that time when there are 10 billion human beings on Earth.

This has prompted a UN decision, led by UN Water and UN Secretary-General Antonio Guterres, to launch a “Decade of Action” to catalyse our individual and collective efforts to achieve SDG6 and its partner goals between 2020 and 2030. It will be powered by the SDG6 Global Acceleration Framework. This in turn must, as Guterres emphasised in his 2020 Mandela Lecture, be achieved in a manner that puts a serious dent into the other pandemic – global inequality.

The five pillars of the Global Acceleration Framework need to be interpreted with creativity, ingenuity, and innovation.

The first pillar, governance, offers the opportunity for further empowerment of users and practitioners, and indeed civil society. This will facilitate our larger ambitions around community care of infrastructure and other assets, as well as moving water-use behaviours to higher use efficiencies and higher levels of water-demand management. In this arena, new global formations like the Water Policy Group and Human Right 2 Water are rapidly developing important resources to assist the government.

The second pillar is finance. This has the immediate possibilities of larger prioritised budgets for water and sanitation projects – using the primacy of water as a first line of defence in the Covid-19 pandemic with the global handwashing campaigns; as well as new formulae for financing through blended models and independent water producers becoming part of the new lexicon in this field.

The third pillar, capacity and building talent, is key to the success of every water, wastewater and sanitation strategy and at every level – from national to the most local. We are also aware of the new skills base required for the successful management of water, wastewater and sanitation in the 21st century; especially in the paradigm of the Fourth Industrial Revolution.

This talks to an important aspect of the fourth pillar of data and information as we transition to intelligent water planning and real-time systems management. But we also need the behavioural experts and new resource economists who will help us navigate the opportunities associated with nexus thinking. Here, as we face increasing resource challenges, important platforms like the water-energy-food nexus become the new critical theatres of operation.

The fifth pillar is that of innovation. For far too long we have been trying with immense futility to solve 21st century problems with 20th century technologies and 19th century operating rules.

We have to implement as core to our water plans the latest science, the most updated technologies in order to come anywhere near the 2030 SDG6 targets and the 2050 10 Billion Initiative, that time when there are 10 billion human beings on Earth.

We also have to complement these with the updated supporting regulatory and standards environment. A good example is the recent advent of the ISO 30500 standard for non-sewered sanitation, perhaps our best bet yet for universal access to safe and dignified sanitation by 2030. Non-sewered sanitation coupled with the latest technological innovations, like those developed under the banner of the BMGF “Reinvent the Toilet” project, not only provide waterless and low-water solutions for an increasingly water-scarce world, but with efforts like the South African SASTEP programme, we have, with international partners like Columbia University, made the case for waste beneficiations that will develop new industries and create jobs. In fact we are already talking about a “Sanitation Unicorn”. This in turn will benefit greatly from policy and social innovations.

My last point is the primacy of SDG17 (“strengthen the means of implementation and revitalise the global partnership for sustainable development”). Teamwork is how we are going to get over this line. Partnership between the stakeholder groups, a strong emphasis on new public-private models, and the primacy of the triangle of academia, state and civil society are paramount. And it is a fantastic chance to build better international partnerships, and perhaps, for us, stronger South Atlantic ties. The chance is there for African-Latin American partnerships in water and sanitation to take pride of place in helping to lead the world to a better, greener, more sustainable future.

There are many who will lose the opportunity of this water and sanitation revolution, and they will have to pay a higher price to catch up to new developmental models as much of the developing world has had to do in the last half century. There are others, including powerful vested interests, who will deny the immensity of the challenges that we face. But, to borrow the words of Pablo Neruda: “You can cut all the flowers, but you can’t stop the spring from coming.”

This revolution is imminent. Let this African-Latin American partnership be on the bridge to help us navigate these dangerous but promising waters. DM

Dhesigen Naidoo is CEO of the SA Water Research Commission, president of HumanRight2Water, and a member of the Water Policy Group.

A water and sanitation revolution is coming, and Africa and Latin America can lead the way