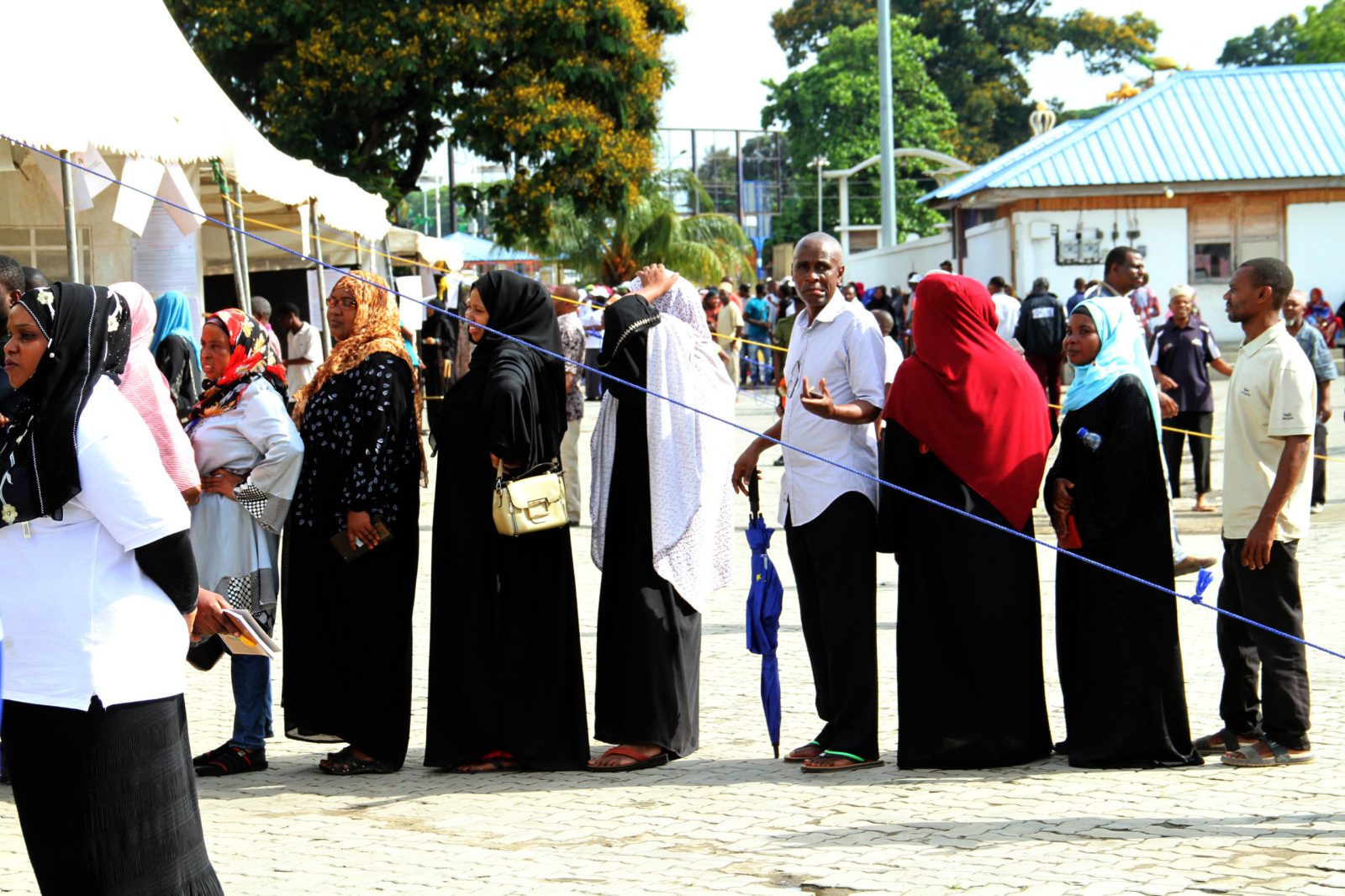 epa08779748 Voters queue to cast their ballots at the Kariakoo Polling Station during early voting in the Tanzania general elections in Stone Town, Zanzibar, 28 October 2020. Incumbent President John Magufuli is running for re-election against 15 candidates. His party, Chama Cha Mapinduzi (CCM), has led Tanzania since its independence in 1961. EPA-EFE/ANTHONY SIAME

NAIROBI, Oct 28 (Reuters) - Tanzanians headed to the polls on Wednesday for presidential and parliamentary elections that President John Magufuli hopes will hand him another five-year term despite criticism from rights groups that the government has stifled political dissent.

Magufuli’s main challengers include Tundu Lissu, who was shot 16 times in 2017, and former foreign minister Bernard Membe. The attack on Lissu, who returned from three years in exile in July, has never been solved.

People turned out early to cast their ballots in Dar es Salaam on Wednesday morning.

“The voting process is good, calm,” local pastor Clement Fumbo told Reuters after voting. “I expect the election to continue to be peaceful, fair and free.”

But many Tanzanians complained online that they were are experiencing problems accessing social media platforms.

East Africa’s third-largest economy has recorded average growth of close to 7% over the last four years, according to official figures, as the government invested billions of dollars in infrastructure including a new railway, a hydropower dam and planes for the national airline.

The government projects economic growth of 5.5% in 2020 after COVID-19 hit key sectors such as tourism. But the World Bank predicts growth of only 2.5%.

Magufuli is promising voters that new infrastructure projects will fuel growth of at least 8% soon.

“We have told Tanzanians the importance of investing on transport infrastructure…for the betterment of this nation,” Magufuli said on Tuesday in Dodoma at his last rally.

Lissu told his final rally in the commercial capital Dar es Salaam that he was confident of winning. “Tanzanians are hungry and thirsty for justice,” he said. “It’s time to decide.”

More than 29 million people are registered to vote out of 58 million citizens. They will choose from 15 presidential candidates and elect lawmakers for 264 parliamentary seats.

The ruling party CCM, a version of which has held power since independence in 1961, won the presidency with 58% of votes in 2015 and currently holds about three-quarters of parliamentary seats. Tanzania uses a first-past-the post system.

The opposition and rights groups say authorities have cracked down on critical voices by closing down media outlets and banning public rallies during Magufuli’s first term.

Last week, a coalition of 65 international rights groups issued a letter accusing the government of harassing NGOs and abusing the power of the justice system.

“Tanzania’s criminal justice system has … been misused to target those who criticize the government,” the letter read.

The government has previously denied any crackdown and the National Electoral Commission has rejected accusations of unfair treatment.

In the semi-autonomous archipelago of Zanzibar, the opposition presidential candidate was detained and later released as he tried to vote early on Tuesday after at least nine people were shot dead by security forces. (Editing by Katharine Houreld, Alexandra Hudson, William Maclean)