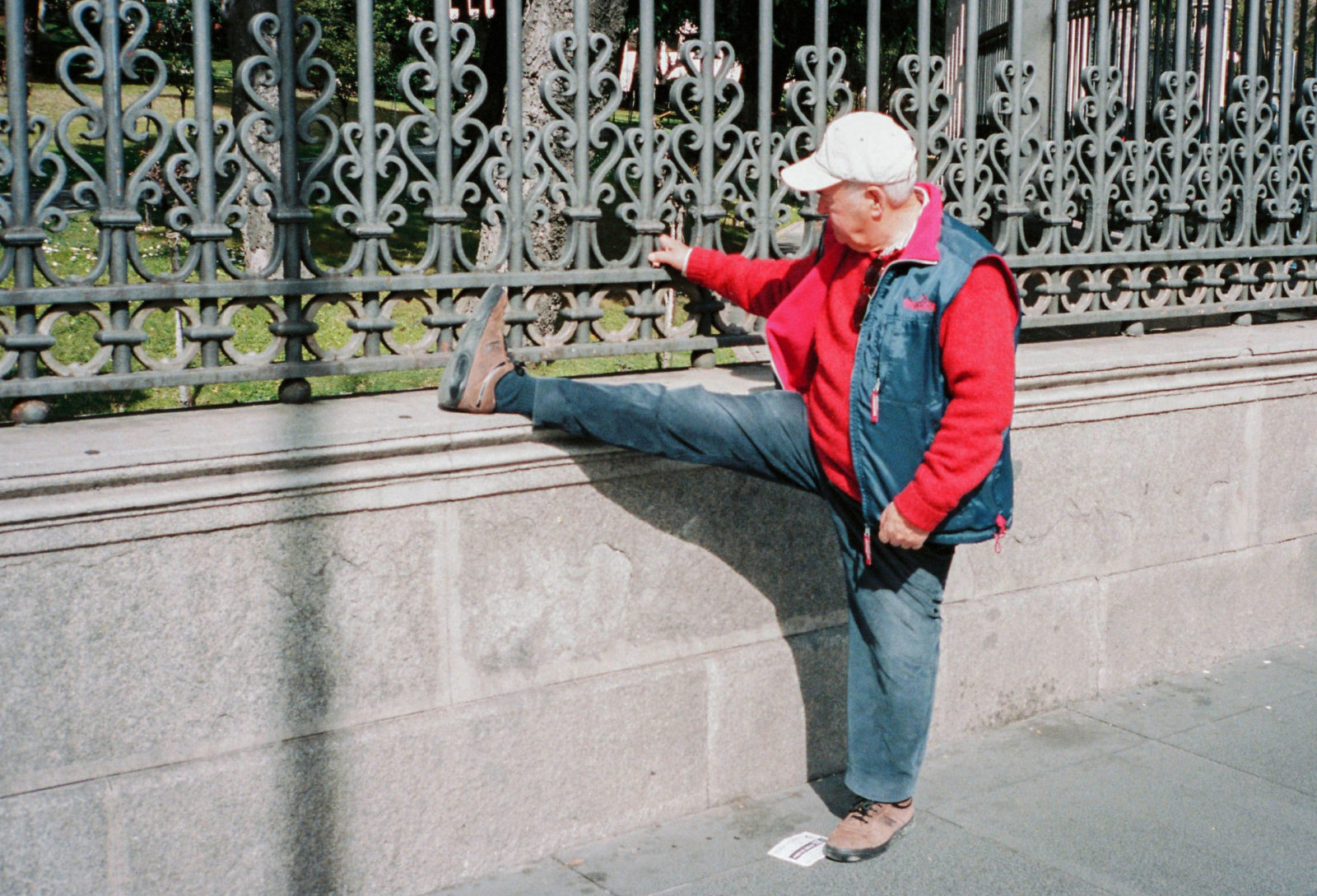 Faced with an increasingly healthy demographic of people over 65, more studies suggest the possibility that  older people’s roles in society and the workplace should not be as limited as it is right now.

“Over just this one century in the United States, some 28 years have been added to the average length of a person’s life. This is more than was previously added in all of human history.

“The effects of this change continue to swirl around us. Their implications are so staggering as to be barely discernible. As people begin to glimpse these implications, they ask how good these added years are.

“Our answer is: we do not know, but recent research findings tell us that the quality of these years can be improved for most older people through interventions designed on the basis of scientific evidence and considered thought…

“In this introductory article, we address this challenge. We explore one of the central and most perplexing problems in our period of history: the problem of the imbalance or the mismatch between the strengths and capacities of the mounting numbers of long-lived people and the lack of role opportunities in society to utilise and reward these strengths.”

The above excerpt is from an article published in The Annals of American Academy of Political and Social Science Vol. 503, The Quality of Aging: Strategies for Interventions, all the way back in 1989, some 31 years ago.

Admittedly, based on both the publication as well as the authors, it focuses specifically on the US. Later, in the last third of the 15-page article, the authors attempt to imagine what the lives of the older retirement age population in 2020 would look like.

And this is how they imagined the retirees of our time back then:

“The paradigm enables us to trace into the future the lives of people already born, since we can use actual knowledge about their earlier lives as a basis for estimating how they may eventually grow old.

“In the case of income, if we look at the newest cohorts, whose members are young today, we know that they are no longer starting at successively higher levels than their predecessors; instead, they have recently been starting, on the average, at comparatively lower levels.

“Thus, by the year 2020, when the members of these cohorts enter old age, many will predictably have lower economic status than do those entering old age today.”

Indeed, much of what was speculated in the article has come to pass. But perhaps equally concerning is that many of the questions posed then, continue to confound us today. The role of the fit, healthy elder in society is something that institutions and organisations continue to grapple with.

“While we focus on the future, what’s new and what’s disruptive, we are also always on the lookout for blind spots. The ‘boomer economy’ is one such blind spot.

“While South Africa is a country with a large youth demographic, Stats SA announced this year that life expectancy for South Africans was on the rise (62.5 years for males and 68.5 years for females) and noted that these figures have been steadily climbing over the past decade.

“In a world obsessed with youth, disposability and transience, we’re noticing a counter trend. It’s under the pop culture radar but that doesn’t mean it’s insignificant. In fact, it is a huge blind spot for brands and businesses,” says Dion Chang, a trend analyst and founder of Johannesburg based Flux Trends.

Chang and his team are currently preparing for an open-to-the-public virtual presentation, which will take the form of a Zoom webinar on Wednesday, 28 October 2020, titled Boomer Economy – Marketing to the Amortalists.

Flux’s approach to trend analysis is typically targeted at businesses – small as well as corporates – in order to assist them to incorporate societal trends and shifts into their business strategies, hence the focus on strategies to market to this continually growing demographic.

“Because we also do a lot of research and presentations into the future of work, we’ve also been saying for the past couple of years that we need a much more hybrid workforce.

“You don’t want to completely kick out institutional memory; a lot of older people still want to continue working, and they are capable. You also want them to learn from the younger generation.

His upcoming presentation will focus on subjects including technological innovations for an older demographic, their spending habits, innovative programmes that bridge the generational gap, a future outlook towards 2030 when the oldest millennials will be turning 50, as well as differentiating between numerical age and cognitive age, which has increasingly come into focus as more studies conclude that cognitive aging is not as uniform as previously thought.

As more companies have opened up to the idea that diversity is an important element of a company’s make-up – not only as a social justice exercise but also as a way to bring in skills and varied outlooks that are good for business – the question of age-diversity has come into play.

And equally, the body of research into ageing also challenges outdated notions on age and innovation, as well as the potential for older works to contribute positively.

Take, for example, the image of the successful tech start-up.

Paul Graham, British-born computer scientist, venture capitalist and founder of startup accelerator, Y Combinator, once quipped in a 2013 New York Times article that: “The cutoff in investors’ heads is 32… After 32, they start to be a little skeptical… I can be tricked by anyone who looks like Mark Zuckerberg.

“There was a guy once who we funded who was terrible. I said: ‘How could he be bad? He looks like Zuckerberg!’”

Superstar tech company founders aside, the Harvard Business Review conducted research into the average age of the founders of successful start-ups, and they concluded that was 45.

Another concern about an older workforce is cognitive decline. However, an increasing number of studies in the field of neuroplasticity also reveal that the decline is affected by external factors.

One such study from the University of Texas’ Center for Vital Longevity, School of Brain and Behavioral Sciences, titled ‘The aging mind: neuroplasticity in response to cognitive training’ found that, “There is some evidence that the aging brain is malleable and that cognitive function can be facilitated through cognitive training or engagement in demanding tasks that provide a sustained cognitive challenge.”

Another study, conducted by Pennsylvania State University specifically focusing on the question of innovation among healthy adults over 65, concluded: “In the process of constructing, developing and maintaining personal interests and passions, older adults actively innovate.

“They come up with creative ideas and take initiative to turn those ideas into functional solutions, artifacts and actions.

“In return, they create opportunities for themselves to become more active and engaged in life. We call those interest-based ideas, activities and solutions the everyday innovations of older adults.

“We propose that technology supports older adults’ everyday innovations to facilitate the development of personal interest and passions to promote health and well-being.”

What the research also reveals is that the particular areas where older people innovate can be limited by the opportunities that society presents them with. That is to say, if they have no choice but to retire at 65, even if in good health, then companies cannot benefit from their innovation whereas society might, due to their application of their innovation in the pursuit of projects they are passionate about.

It is partially this growing field of study into the difference between perception versus reality when it comes to old age that led Chang to focus on shifting age demographics for his upcoming briefing.

“Part of what really got me into the research was a study I came across that the Finnish University of Jyväskylä did, basically saying that the research that we’ve been looking at was 30 years old, and in the last 30 years, things have completely shifted with regard to cognitive and numerical age,” explains Chang.

The study he refers to, conducted by the University’s Faculty of Sport and Health Sciences and published in September 2020, compared the physical and cognitive performance of Finnish people currently aged 75 and 80 with that of the same-aged people between 1989 and 1990.

It found that, “The later cohort showed markedly and meaningfully higher results in the maximal functional capacity tests, suggesting that currently 75- and 80-year-old people in Finland are living to older ages nowadays with better physical functioning.”

While this specific study is focused on the Finnish population, the findings line up with the World Health Organisation’s findings for the global population.

Yet, even with three decades of speculation and research, the retirement age remains largely uniform around the world. The older demographic continues to grow healthier and more vibrant.

And the question of how the institutions, society and businesses should respond remains. Will it still be a question in another three decades? DM/ML

Follow the link here to book a spot on Flux Trend’s virtual presentation from 16h00 to 17h00 on Wednesday 28 October.

or
Continue with Google
or