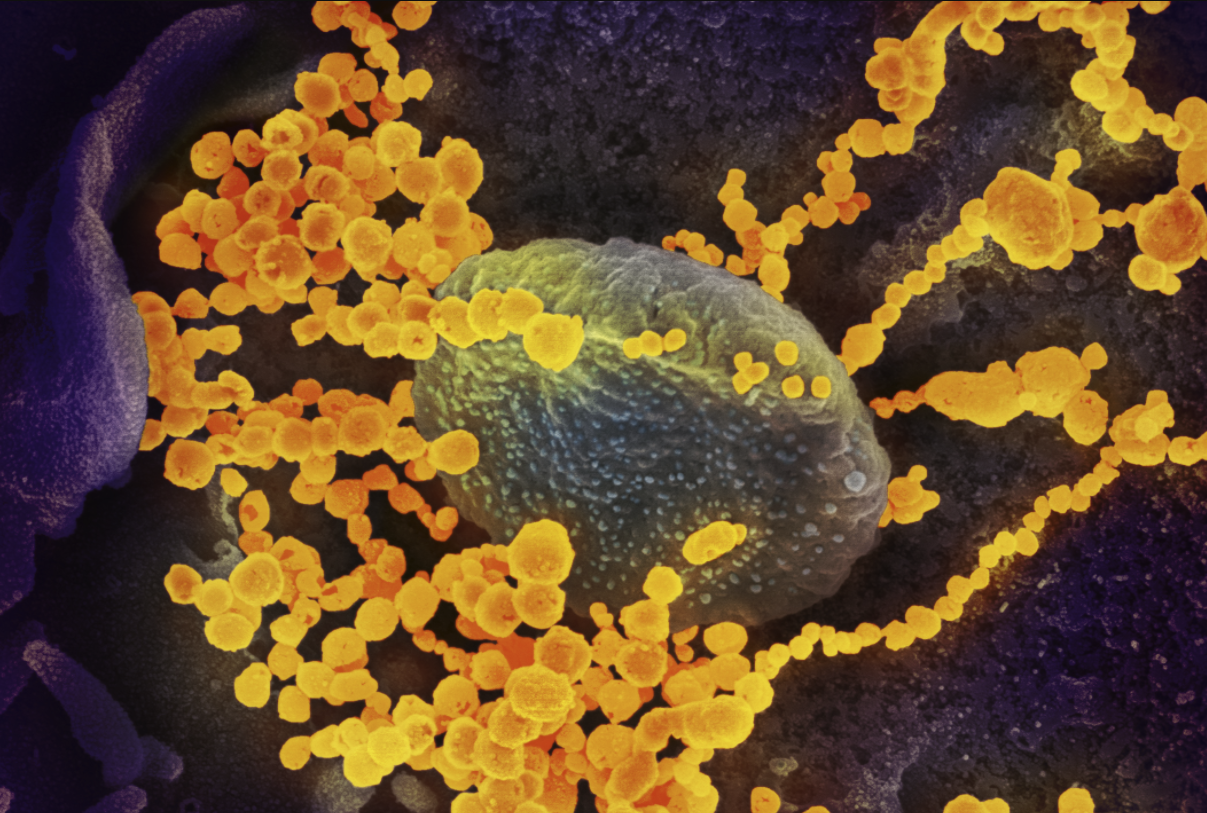 The Covid-19 grant is to be extended until January. The image shows SARS-CoV-2 emerging from the surface of cells. (Photo: Wikimedia Commons)

But top-ups to other grants will come to an end, the finance minister announces.

The R350 a month Covid-19 Social Relief of Distress grant is to be extended to the end of January, Finance Minister Tito Mboweni has announced.

Delivering the Medium-Term Budget Policy Statement (MTBPS) in Parliament on Wednesday, Mboweni said the grant would be extended but top-ups to social grants would come to an end at the end of November.

Mboweni said that during the lockdown, “cash grants were paid to over 22 million people, nearly half of the population”.

According to the MTBPS document, “an additional R6.8-billion is allocated to the Department of Social Development to extend the special Covid-19 Social Relief of Distress grant for three months until 31 January 2021. In addition, R1-billion is allocated for food relief to vulnerable households. In total, short-term social grant-based relief amounts to R48-billion in 2020/21.”

National expenditure was R7.6-billion higher than estimated for the 2019/20 period. “The overspending was mainly driven by transfers and subsidies due to the payment of social grants in March instead of April 2020.”

Civil society groups, including Black Sash, had been calling for the Covid-19 grant to continue indefinitely as part of a move to a Basic Income Grant system. DM