Biden vs Trump: Pundits are calling it close, while vot...

Biden vs Trump: Pundits are calling it close, while voters fear possible gun violence at the polls 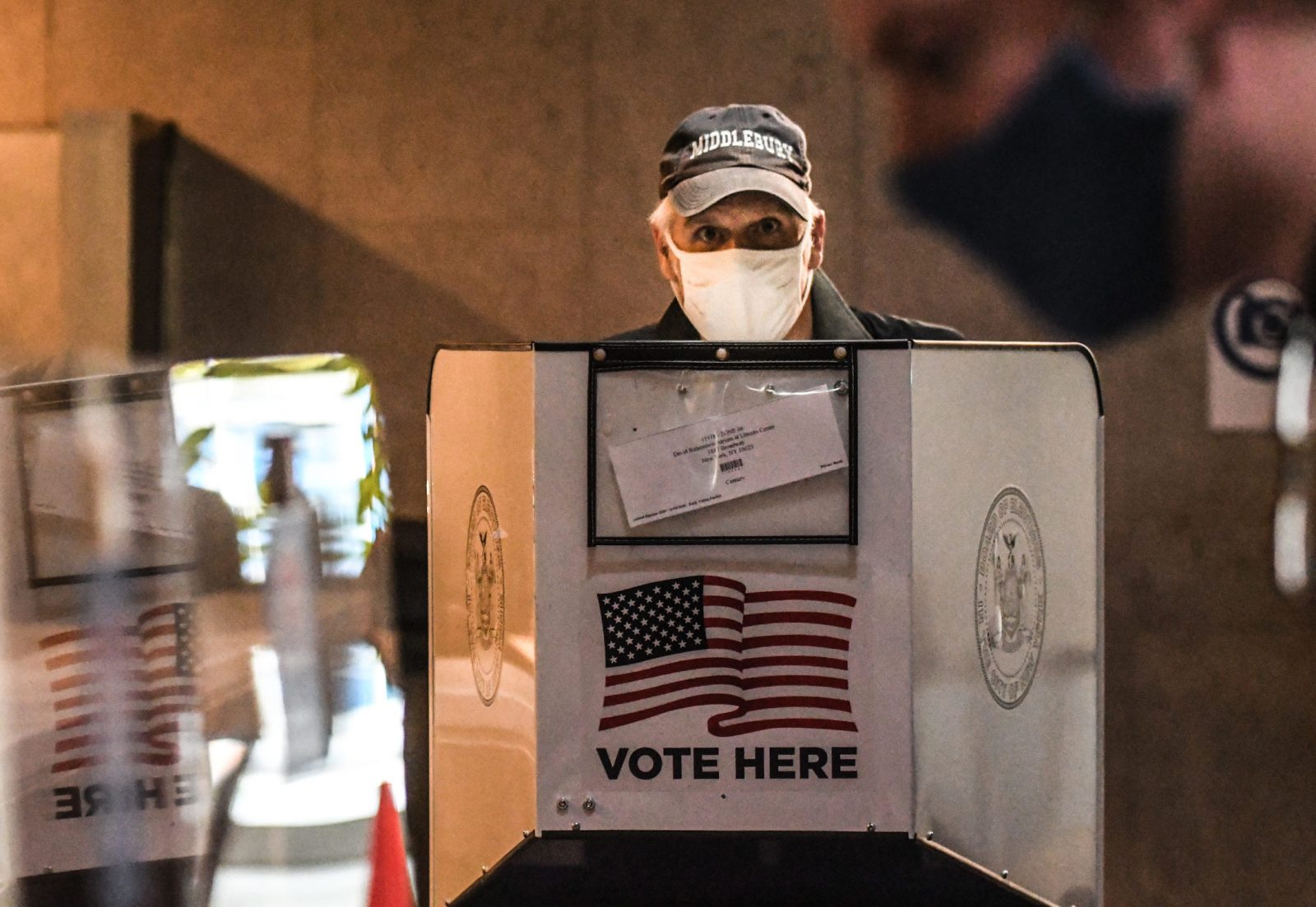 November 3 is just seven days away and early voters are breaking all records to ensure their candidate is in the White House come next year.

The polls still generally show Joe Biden ahead of Donald Trump, though not by a very wide margin. Biden has a narrow lead in some of the important swing states like Michigan, Wisconsin and Pennsylvania. Trump seems to be making headway in Arizona, Florida and Georgia but looks to be losing ground in Texas.

Overall, the number of early votes has already overtaken the total number cast by early voters in 2016.

Early voting in Texas has seen more than seven million Texans casting their ballots, mostly in person, in a state with no mask mandate. From being one of the lowest early voting states, Texas was, on Monday 26 October, the state with the most votes cast – just over 7.3 million, according to the US Elections Project data.

By Sunday 25 October, early voting in Texas was already equal to 80% of the total number of votes cast in Texas in 2016.

With coronavirus cases in the USA currently at 8.6 million and just over 225,000 deaths, Dr Rusty Brooks, director of the International Center at the University of Georgia, told Daily Maverick that the virus may very well be disrupting historical voting patterns and voter behaviour.

“No doubt about it, I think Covid is playing probably the biggest role in all of this,” says Brooks.

But the coronavirus might not be the only threat in town. Brooks adds that there is concern around personal safety, that there could potentially be violence at the polls on election day. He says this is likely also spurring people to vote early or mail in their ballots.

“You know there’s all this talk about who is going to be watching the polls on election day, and I just think people are trying to avoid any opportunity to be caught up in something that could be potentially dangerous for them.

“There’s just too much attention being paid to the likelihood of voter suppression or poll watching or poll intimidation or voter intimidation and some people are electing to take those methods that keep them away from those kinds of actions.”

Brooks says this may be what is disrupting voting patterns in Texas: the fact that voters may be dealing with personal safety fears around disease and weapons.

“On the face of it, it looks good for Democrats because Democrats are people who tend to vote early, or vote absentee or mail in ballots… On the other side of that coin though, I would expect that an even higher total turnout of Texas Republicans will go to the polls on election day in even larger numbers than might have been expected.”

He adds a Covid-19 disclaimer to an expected big Republican voter turnout on the day, “In Texas, the (coronavirus) numbers are really going… so you’ve got a situation where Covid is clashing with the desire to vote in person and it’s going to be an interesting thing to watch to see what actually happens on November 3rd in Texas.”

The threat of the virus was clearly visible on the streets of New York when early voting opened in the city on Saturday 24 October. Many were wearing masks and people mostly kept their distance as they lined up to vote.

New York has recently seen an increase in coronavirus cases, especially in some Brooklyn neighbourhoods, but residents were clearly not going to be denied the opportunity to cast their ballot.

Some were clear about where they stood politically, including a police officer who was heard saying “Trump 2020, put it on Facebook…” over his patrol car’s loudhailer in the black neighbourhood of Brooklyn South. The officer has since been suspended.

New York mayor Bill de Blasio took to Twitter to say that any police officer pushing a political agenda while on duty would face the consequences.

Let me be clear: ANY NYPD Officer pushing ANY political agenda while on duty will face consequences. We will act fast here, and this will not be tolerated. https://t.co/c2cXwL2wUx

While in some states it is legal to openly carry a gun in public, the perceived threat of violence on election day is possibly top of mind for some voters as gun-wielding Trump supporters showed up at a polling station in Florida last week.

In the state of Wisconsin, there are concerns around the friendly relationship between the police and armed militias, which possibly enabled the killing of two protestors by Trump supporter Kyle Rittenhouse in August. Rittenhouse walked right by police carrying a rifle, chatting with them minutes earlier before fatally shooting two people.

US gun control groups like the Coalition to Stop Gun Violence and Guns Down America have collaborated on a study which says a mere six states specifically do not allow guns at polling stations. In most states, gun laws relate to the legal possession of (legal and legally obtained) firearms and may also have rules limiting or prohibiting guns in schools and municipal buildings.

In Michigan, the secretary of state is facing two lawsuits in connection with a directive to ban open carry on 3 November at polling places. One suit is brought by a private citizen, and the other by a group consisting of a private individual and three gun groups: Michigan Open Carry, Michigan Gun Owners and the Michigan Coalition for Responsible Gun Owners. DM