“Rebirth”: Chileans vote by millions to tear up Pinochet’s constitution 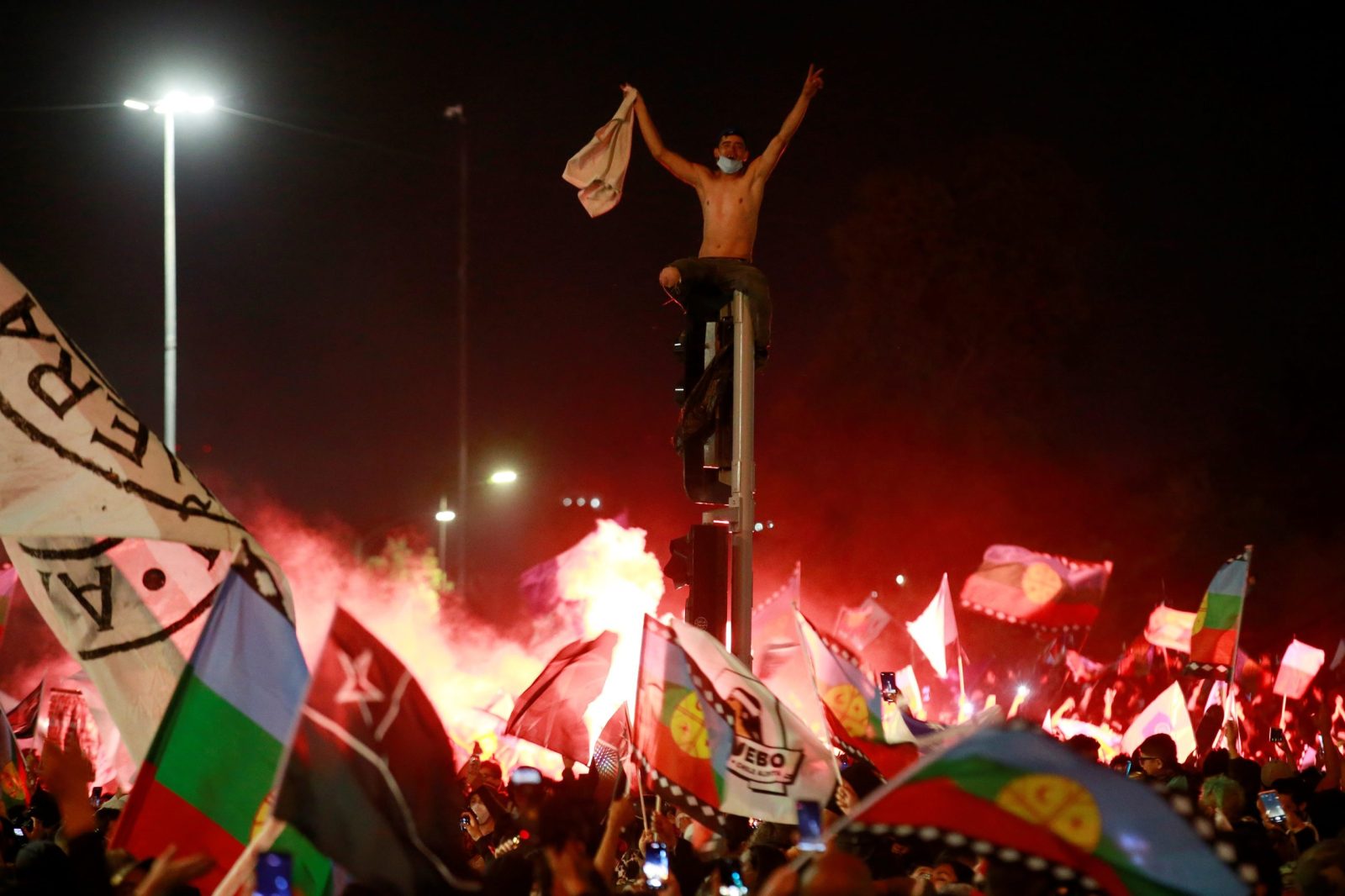 epa08774106 Dozens of people celebrate after learning about the partial results of the constitutional referendum, which indicates the crafting of a new constitution, in Santiago, Chile, 25 October 2020. According to media reports, Chileans decided by an overwhelming 77.6 percent majority to replace the current constitution, drawn up during the military dictatorship of Augusto Pinochet (1973-1990), as reported by the electoral authority. EPA-EFE/Elvis Gonzalez

SANTIAGO, Oct 25 (Reuters) - Chileans poured into the country's main squares on Sunday night after voters gave a ringing endorsement to a plan to tear up the country's Pinochet-era constitution in favour of a new charter drafted by citizens.

In Santiago’s Plaza Italia, the focus of the massive and often violent social protests last year which sparked the demand for a new magna carta, fireworks rose above a crowd of tens of thousands of jubilant people singing in unison as the word “rebirth” was beamed onto a tower above.

With more than three quarters of the votes counted, 78.12% of voters had opted for a new charter. Many have expressed hopes that a new text will temper an unabashedly capitalist ethos with guarantees of more equal rights to healthcare, pensions and education.

“This triumph belongs to the people, it’s thanks to everyone’s efforts that we are at this moment of celebration,” Daniel, 37, told Reuters in Santiago’s Plaza Nunoa. “What makes me happiest is the participation of the youth, young people wanting to make changes.”

Chile’s President Sebastian Pinera said if the country had been divided by the protests and debate over whether to approve or reject plans for a new charter, from now on they should unite behind a new text that provided “a home for everyone.”

The centre-right leader, whose popularity ratings plummeted to record lows during the unrest and have remained in the doldrums, spoke to those who wanted to keep the present constitution credited with making Chile one of Latin America’s economic success stories.

Any new draft must incorporate “the legacy of past generations, the will of present generations and the hopes of generations to come,” he said.

He gave a nod to fears that the high expectations placed in a new charter cannot be met, saying: “This referendum is not the end, it is the start of a road we must walk towards a new constitution.”

As votes were counted on live television around the country, spontaneous parties broke out on street corners and in squares around the country. Drivers honked car horns, some as revellers danced on their roofs, and others banged pots and pans. The flag of the country’s indigenous Mapuche people, who will seek greater recognition in the new charter, was ubiquitous.

Four fifths of voters said they wanted the new charter to be drafted by a specially-elected body of citizens – made up of half women and half men – over a mixed convention of lawmakers and citizens, highlighting general mistrust in Chile’s political class.

Members of a 155-seat constitutional convention will be voted in by April 2021 and have up to a year to agree a draft text, with proposals approved by a two-thirds majority.

Among issues likely to be at the fore are recognition of Chile’s Mapuche indigenous population, powers of collective bargaining, water and land rights and privatised systems providing healthcare, education and pensions.

Chileans will then vote again on whether they accept the text or want to revert to the previous constitution.

The National Mining Society (Sonami), which groups the companies in the sector into the world’s largest copper producer, said it hoped for “broad agreement on the principles and norms” that determine the sector’s coexistence with Chilean citizens and that the regulatory certainty that have allowed the sector to flourish would continue. (Reporting by Aislinn Laing, Fabian Cambero, Natalia Ramos and Dave Sherwood; Editing by Kim Coghill, Diane Craft and Michael Perry)