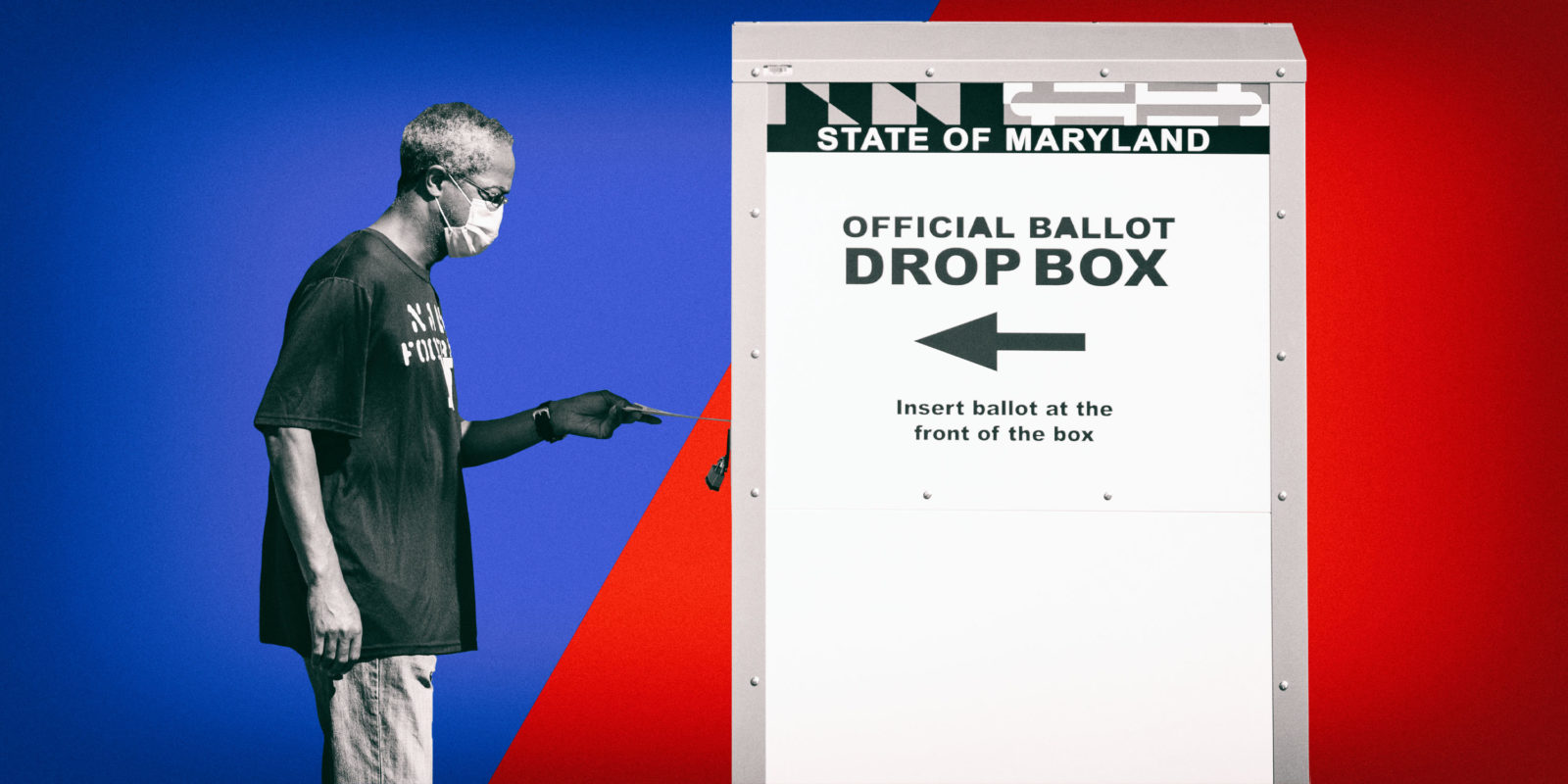 News coverage of the US election focuses on the concept of swing states, but what is that concept and how does it matter?

Decades ago, if you knew someone’s religion, race, occupation, income, and where they lived, you could accurately predict whom they supported for president in an election. Loyalties were strong back then.

In 1932, at the height of the Great Depression, presidential candidate Franklin Roosevelt built a durable electoral coalition that held together until the late 1960s. Then, the civil rights revolution severed the Democrats’ hold on white voters in the Deep South, as candidate Richard Nixon’s “Southern strategy” shattered the alliance. Concurrently, animus towards the culture of the baby boomers in universities and in their opposition to the Vietnam War led many white, working-class men to defect to the Republicans as well.

But between 1932 and 1968, the Democrats’ coalition had brought together white, largely rural voters in the South (blacks were still largely disenfranchised), small-scale farmers in the Midwest, working-class (and increasingly unionised) ethnic and racial minorities in the industrial cities of the Northeast and Middle West (increasingly, the beneficiaries of New Deal social and economic policies), and leftist activists. The result was an electoral behemoth that, underpinned by the New Deal and Fair Deal’s economic programmes, lasted for decades.

More recently, massive economic and demographic changes in the US have meant both Democrats and Republicans are struggling to create new electoral coalitions that can become durable winning combinations for the future. The changes include the explosion of suburban populations (no longer solely white) around big cities, the loss of older industrial/unionised jobs from the industrial heartland of the Midwest and Northeast to other nations and automation, as well as the shift of jobs in the US away from heavy manufacturing more generally. In addition, there has been the growth in African American voter numbers in the South, a growing percentage of Americans with college and university degrees, and the fact that the baby boom generation is now entering retirement, with growing concerns about the security of pensions and healthcare benefits.

These developments will affect the electoral landscape – including the nature of coalitions the parties can construct from the country’s demographic picture, and how swing states and swing voters substantially dominate the electoral conversation. Often used, the term “swing states” simply means those states where a key share of voters are not routinely and strongly committed to one or the other party, but whose support remains contested. This, in turn, means support from that state is in play as voters have shifted between Republican and Democratic candidates in succeeding elections. Victory in such states can become crucial to winning a presidential election.

The power of individual states in a presidential election derives from how a presidential election is conducted. The drafters of the new country’s Constitution were concerned for the success of their experiment, but after their study of the historical failures of republics that had collapsed from the unrestrained power of the public, they designed the indirect election of the chief executive, drawing from the ideas of the Greek philosopher Plato. In their plan, voters in each state were to select electors (in rough proportion to the state’s population) who, as wise elders, could come together as a body to decide who should become the nation’s leader.

This system has become a mechanism in which the respective population weights of the states are what count in the election, not the national popular vote total. With the exceptions of Maine and Nebraska, which apportion their electoral votes among their congressional districts, all of a state’s electoral votes go to the candidate who wins the popular vote in that state, even if that winning margin is just a few hundred votes out of the total cast. Thus, with 538 total electoral votes (equivalent to the 100 senators, the 435 members of the House of Representatives, plus three for Washington, DC), the candidate who wins 270 electoral votes becomes president, regardless of whether he or she actually won the national total popular vote. (Remember almost-President Hillary Clinton.)

Accordingly, large population states like California, Texas, Illinois, Florida, and New York can anchor an electoral victory, although only Florida has been up for grabs as a swing state in the past few decades. The others are strongly aligned with either the Democrats (California, Illinois and New York) or Republicans (Texas). Florida, by virtue of its ethnic and racial mixture and population size, is the archetype of a swing state where the complex demographics may point to no obvious choice between parties.

Beyond Florida, Pennsylvania, Michigan and Wisconsin were long-time Democratic-supporting states, but captured by Donald Trump in 2016 with tiny winning margins. Accordingly, recapturing them is core to Joe Biden’s strategy. North Carolina, Iowa, Arizona and Colorado are now being viewed as swing states – and just possibly, Ohio as well. Meanwhile, Georgia, and perhaps even Texas, may be in play because of the increasing strength of suburban and black and brown voters, as opposed to the state continuing as a preserve of Republican-supporting white voters.

Rather than trying to rebuild the Roosevelt electoral coalition, Biden’s campaign has been taking particular aim at key demographics, building on the most problematic aspects of the Trump presidency and his current campaign. In particular, voters who are more than 65 years old are receptive to messages decrying the failures of the Trump administration’s policies to combat the coronavirus pandemic, together with fears their Social Security and Medicare benefits are under threat. Given this group’s numbers (and its known propensity for voting), this cohort looms large for the Biden electoral coalition.

Concurrently, the Biden candidacy is also making strong inroads with suburban, university educated women. This cohort largely used to support Republicans in previous decades, but their numbers, interests, and concerns have changed, just as the actual ethnic composition of these suburbs has changed from being nearly entirely white to more ethnically and racially mixed. Social stability matters more than ideological purity or veiled references to race now.

While Democrats may not make major gains with the white working-class men who sharply rallied to Trump in 2016 (accentuating their drift towards the Republicans since the 1960s), and who remain a reservoir of economic and racial anxieties in response to economic changes such as the job losses in the former manufacturing heartland, Biden has been coming closer to parity with a Republican candidate than other recent Democrats. In the South (and elsewhere in the nation) the Biden campaign retains strong support from African Americans, and in the South they are now a major factor in the election. In 2020, this shows up in the neck-and-neck race between Republican Senator Lindsey Graham and his African American challenger, Jaime Harrison. (The latter has actually raised more campaign contributions than the veteran Republican.)

A big, vote-rich swing state like Florida – comprised of a mix of old-time, white residents, African Americans, Cuban Americans, Puerto Rican Americans and white retirees transplanted from the North (and significantly Jewish), among others with very different political interests and ideas – especially challenges campaigns and candidates. How to appeal to such differing interests and political preoccupations through expensive mass media purchases in five or six different media markets is a major task. In 2020, with its recreation, hospitality and leisure industries close to frozen by Covid, Florida’s economic doldrums together with the pandemic make it hard for Trump to appeal to voters in that state solely on the politics of anger or the racial texture of his “law and order” rhetoric. Accordingly, the Biden camp has real hopes this swing state will swing their way. If so, game, set, match.

In Pennsylvania, voter turnout may be the real key. For decades, well after the glory days of the Roosevelt coalition, Democrats relied on high voter turnout in the big cities of Philadelphia and Pittsburgh to outweigh the votes from the state’s small towns and rural areas with their conservative farmers and small businessmen, as well as the largely Republican votes from the more affluent suburbs around the two big cities. (Traditionally, coal miners and steelworkers were unionised Democratic voters, but those numbers are vastly smaller now than in the past.)

In 2016, a relative lack of enthusiasm for Hillary Clinton meant that even though Democrats gained a high percentage of urban votes, the turnout was below average, allowing Republicans to prevail by a few tens of thousands of votes out of millions cast. This time around, the Biden camp is counting on strong turnout in the big cities along with gaining many more affluent, better educated suburban voters away from supporting the continuing chaos of the Trump administration. That would return Pennsylvania to being a Democratic bulwark, rather than it becoming one of 2016’s surprising swing states.

Thus, turnout is a key factor in weighing the impact of swing states and swing voters. In 2020, largely in response to the fear of contagion by Covid, millions of Americans cast votes via advance voting or mail-in ballots. In fact, by the time you read this, more than 26 million people will have voted that way (including almost three million in California alone). Millions more will soon receive their mail-in ballots and they will also be voting shortly as well. Data from states shows significant majorities of such voters are registered Democrats, although there is no way, yet, to know how they voted. Both candidates’ campaigns are focusing their messages on reaching such people before they vote in advance of Election Day – even if the Trump campaign continues to assert such votes are part of some kind of vast fraud.

After the election on Tuesday 3 November we will know what happened with swing voters and swing states; we will know how the different cohorts of the population – by race, sex, age, economic class, and residence – ultimately made their choices and how the candidates’ strategies panned out in the key swing states, or whether they were just whistling in the dark. But one thing we will know for sure, is that the decision will likely hinge on the choices of relatively small groups of voters in just a handful of states — that is, unless the election becomes a romp for either Biden or Trump. DM168