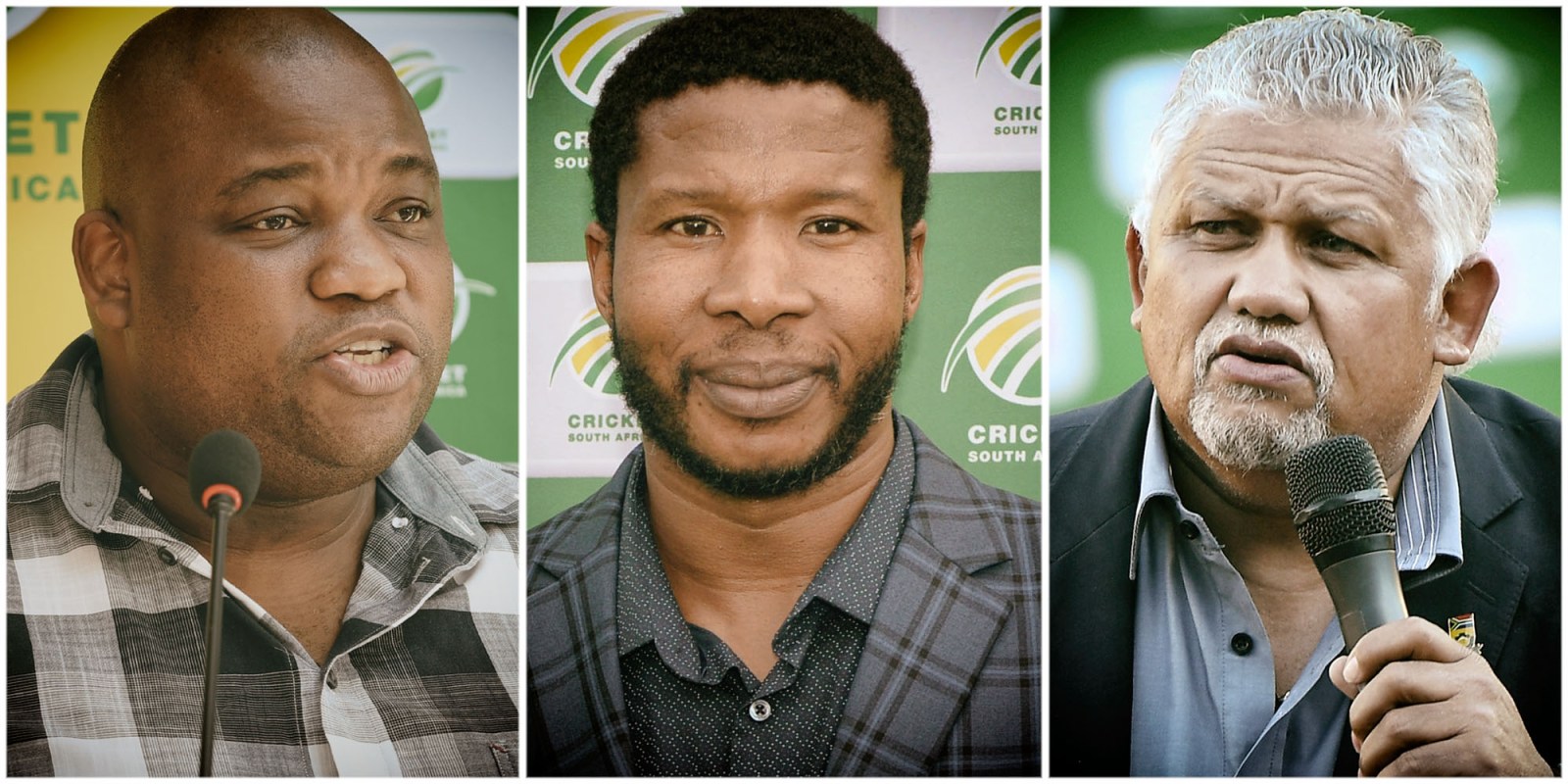 A hapless half-dozen CSA board members have resigned. But that’s too few, too late, and not nearly the end of cricket’s problems in South Africa.

Beresford Williams resigned as CSA’s acting president on Sunday 25 October, along with five other board members: non-independents Angelo Carolissen, Donovan May, Tebogo Siko and John Mogodi, and Dheven Dharmalingam, an independent. That leaves Zola Thamae, a non-independent, and Marius Schoeman, Eugenia Kula-Ameyaw and Vuyokazi Memani-Sedile, independents all. But already there are whispers that they, too, are looking to make like Donald. As in Duck, not Allan.

No doubt sports minister Nathi Mthethwa, who is waiting until after Tuesday 27 October to tell CSA what he plans to do to them for running cricket into the ground, has noted the exits with satisfaction. The rest of us will wonder what the hell took them so long.

CSA has been in trouble more or less since September 2017, when Thabang Moroe was named acting chief executive. Despite not meeting the minimum requirements for the job, the board appointed him permanently in July 2018. He was suspended in December 2019 and fired in August 2020.

And that’s only one of the myriad self-harming catastrophes into which the board has shambled. Most board members who made the Moroe mess had left the organisation before Sunday and been replaced, but the staggering level of denial needed to allow this to be posted on CSA’s official Twitter account even as the blood gleamed wet on the floor — “CSA understands and appreciates the board members’ reasoning behind their resignations, based on their love for cricket and their respect of CSA” — proves the problems remain rudely alive and shockingly well.

A public apology is the least of what is required, but don’t hold your breath: you’re dealing with something like that other Donald. As in Trump.

Since December, sponsors, the South African Cricketers’ Association, the South African Sports Confederation and Olympic Committee (Sascoc), Mthethwa, the parliamentary portfolio committee on sport, arts and culture, and too many ordinary, ticket-buying, TV-watching, hero-worshipping cricket-minded South Africans to count have all raged at the CSA board.

But, as recently as September 18, Williams was going nowhere slowly. “I believe I’m still committed‚ I’m passionate and can still contribute and serve the game; I choose not to go,” he replied when asked, during a press conference, why he had not resigned.

“We as a board and as collective leadership have dealt with matters head-on and I do believe we’re moving forward as a collective. I’ll continue to serve until such time as the Members Council decides otherwise.

“I took a decision that I either move on or I continue to serve. I decided on the latter to serve the game that I’m passionate about. I’ve been a servant of the game at various levels.

“If there was anything in which I believe I acted irresponsibly or not in the interests of the game as a director‚ I would have moved on.”

Presumably Williams felt the same way on Thursday (22 October) when he and the rest of his board went into a meeting with the Members Council, CSA’s highest authority, but which includes six members of the board itself.

Resignations were called for, and not given — not least because, Daily Maverick understands, board members were advised by powerful figures within CSA that there was no legal basis to demand that they remove themselves. You heard the man: “I choose not to go.”

What changed between Thursday and Sunday, when the Members Council met the board again? That is not yet known. Neither do we know what will happen next.

But we can be fairly sure Mthethwa will tell Sascoc to appoint an interim committee to administer cricket at least until CSA’s annual meeting on 5 December. That is likely to happen after close of business on Tuesday, when CSA runs out of road to avoid the minister stepping in. And so he should.