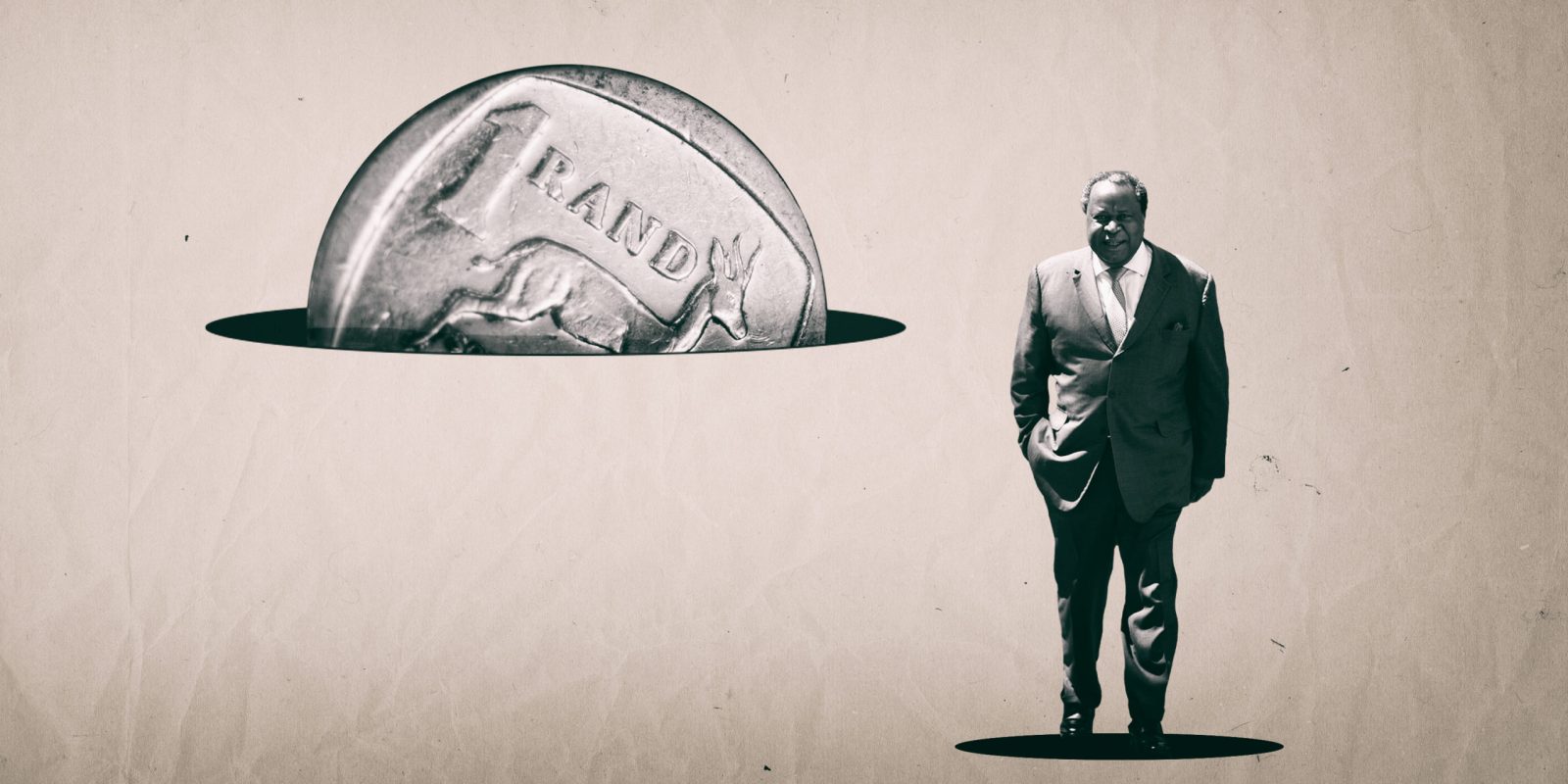 When Finance Minister Tito Mboweni tables his Medium-Term Budget Policy Statement, he must pronounce on what he kicked for touch in June’s emergency Covid-19 Budget. It’s not going to be pretty.

The numbers are grim, but not unknown. Tax collection is down at least R304.1-billion from what was expected in February 2020. Debt is up and rising, with already 21 cents in every tax rand spent on making interest payments.

It will be the narrative of Wednesday’s Medium-Term Budget Policy Statement (MTBPS) that will be key to the credibility of allocating pitiful public finances. Largely unheeded have been previous grim budgetary chronicles of bare cupboards, and how even the hardy aloe is struggling.

One aspect will be spinning the R10.4-billion for SAA, not as a bailout, but as support to staff and creditors as part of a successful business rescue. That was Public Enterprise Minister Pravin Gordhan’s take when he talked to Tim Modise on 21 October. (https://www.businesslive.co.za/bdtv/television-shows/political-currency-with-tim-modise/)

“We have a clear government mandate authorised by Cabinet to move in the direction we are moving in (business rescue), so we have the best possible outcome. Right now, we have obligations to staff and creditors and moving beyond that to get the right kind of partner,” Gordhan told Modise, saying differences of views in Cabinet had been settled.

And once the cash was available, restructuring could happen as soon as early 2021.

The billions are needed, according to what was presented in Parliament as far back as June 2020 for, among other things, staff retrenchment (R2.2-billion), paying off supplier debt (R2.3-billion), paying plane leases (R1.7-billion) and reimbursing unflown air tickets (R3-billion).

That partnership model Gordhan talked about would echo the Telkom model, effectively part-privatisation. This may well be a practical trade-off to the January 2020 ANC lekgotla’s ideologically motivated decision to keep SAA in the air as a national flag carrier.

Ideological, because while jobs clearly must be a concern, SAA received R15.7-billion from June 2017 to December 2019 when, as part of putting SAA into business rescue, it received a R5.5-billion bailout. In the 2020 February Budget, government allocated another R9.2-billion so SAA could meet its maturing debts.

Or compare it with the R6-billion earmarked for the three-month extension of the R350 Covid-19 grant to mitigate rising hunger. That’s related to the loss of 2.2-million proper jobs due to the Covid-19 hard lockdown, in addition to reduced hours of casual workers and a ripple effect into the informal economy that sustains the majority of South Africans.

But it’s not just SAA. It’s also Eskom that with its R488-billion debt remains the biggest risk to South Africa’s economy.

As the power utility’s unbundling into transmission, generation and distribution entities unfolds – with at least a year’s delay to the October 2019 roadmap deadlines – talk last week again turned to a green joint venture to try to offset some of the debt. It was a recommendation from some in the presidential task team on Eskom’s sustainability, but ultimately did not make it into the 2019 Eskom roadmap policy.

Instead, the 2019 Budget provided Eskom R23-billion a year over the next decade, and an additional special appropriation of R59-billion over two years ending March 2021.

Outstanding since January is a yea or nay on the Cosatu-driven initiative for about R250-billion of that debt to be taken on by the Public Investment Corporation (PIC), the government-owned asset manager of about R2-trillion of government employees’ pensions and social savings.

But state-owned enterprises (SOEs) continue to haemorrhage South Africa’s political economy. Much talk of reforming SOEs to be efficient and effective has not translated into much action.

Denel, looking for another multibillion-rand bailout after having received R600-million in February’s Budget – all in addition to the R2.3-billion for just over 2,360 jobs by July 2020 through government’s labour activation programmes. Or the South African Post Office that’s struggling to keep afloat. And the SABC and the Land Bank, both of which received bailouts this year – R1.1-billion in February and R3-billion in June, respectively. And more.

Instead, the political and ideological machinations around particularly SAA and Eskom, but also corruption, have had serious funding repercussions. Mboweni late in the MTBPS cycle faced a not insignificant funding hole after South Africa dropped off the World Bank October meeting on a $2-billion loan as conditionalities became important in the current context.

Aside from this funding hole, and the SOE drain on the national purse, the MTBPS must give clear signals on the public wage bill for around 1.2-million civil servants that takes up almost 40% of all state expenditure.

It was meant to be slashed by R160-billion, according to February’s Budget, but this bogged down in political contestation by labour – and a court case over government’s refusal to implement the 2020 salary adjustments, the final of a three-year deal.

On 22 October Mboweni gave a curious parliamentary reply that seemed to leave the door open for the IMF loan, due to its lack of conditionalities, to be used for salary payments, even though it was not specifically earmarked for that.

But Mboweni’s parliamentary reply crucially highlighted the importance  of the IMF loan to South Africa’s fiscus.

“… mitigated the need for massive spending cuts in response to the dramatic revenue shortfalls of government, and avoided an explosion in the financing needs brought on by high-cost borrowings.”

So it’s back to debt.

That was a central warning in June’s emergency Covid-19 Budget, officially South Africa’s first Special Adjustment Budget that had to shave off R140-billion across departments to fund the domestic Covid-19 response as announced by Ramaphosa in April.

And even amid rising criticism of National Treasury’s overly optimistic forecasting, in June Mboweni warned debt would hit 81.8% of gross domestic product in 2020 – up from the just over 65% predicted in February – and increase to 87.4% by 2024.

In an open letter, Business Leadership South Africa (BLSA) said it “backs a tough budget which aggressively trims remaining fat, concentrated on revenue collection efficiency, with meaningful restraint on the public sector wage bill and priority given to necessary social and recovery spending”.

But from the left and progressive political field, economists and non-governmental organisations want more spending on grants, education and health. In their criticism of budgetary allocations, they quickly and readily invoked austerity.

Yet the Budget cuts have not touched much of South Africa’s social wage, including a sustained social grant regimen for 18-million South Africans – and are nowhere near what’s usually regarded as austerity.

For example, in Greece from 2010 austerity meant millions had their salaries slashed and taxes upped, as their government battled a debt crisis until 2017. Similarly, Argentina faced austerity from 2012, worsened by currency devaluation in August 2018.

In an open letter, Business Leadership South Africa (BLSA) said it “backs a tough budget which aggressively trims remaining fat, concentrated on revenue collection efficiency, with meaningful restraint on the public sector wage bill and priority given to necessary social and recovery spending”.

But then business also pointed out its support for Ramaphosa’s social compacting, which in the National Economic Development and Labour Council (Nedlac) led to understandings on easy regulatory regimens in key areas like the energy sector or Home Affairs’ critical skills visas. But even South Africa’s Economic Reconstruction and Recovery Plan was muted on creating what’s called the enabling environment. After all, government has had the final say – and given the governing ANC internal ideological and political contestation, has erred on the side of state control.

“Business, through BLSA, B4SA and other forums, has provided an incredible amount of technical support, personnel and expertise into government over the past two and a half years, pro bono, in response to the president’s thuma mina call,” said the BLSA open letter. “Yet a recovery from a crisis of this depth cannot be micromanaged and must be unleashed with the state assembling the right foundations.”

With a few exceptions, institutional and state capacity is lacking to turn rands and cents into quality delivery for the public good. This weak public administration is highlighted in the investigations so far into the widespread Covid-19 tender corruption for the benefit of the politically connected.