By Ashraf Hendriks for GroundUp• 25 October 2020 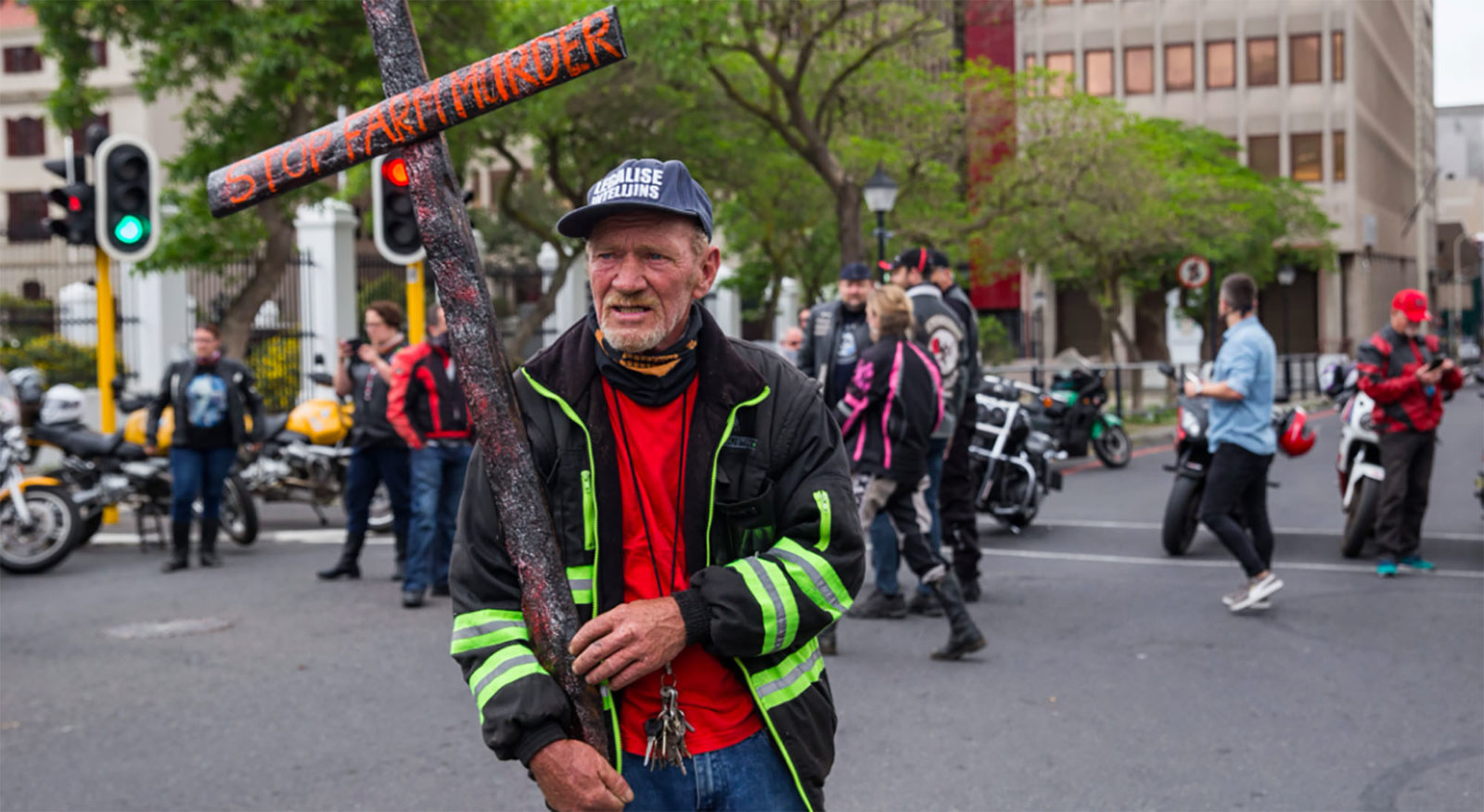 Benjamin Botha said he was there to protest against farm murders, gender-based violence and gangsterism. Botha, who lives on a farm in the Northern Cape, said he personally had not been affected by crime, but his neighbours had. (Photo: Ashraf Hendricks)

About 300 farmers and supporters gathered outside Parliament on the morning of Sunday 25 October to protest against farm murders and farm fires.

Holding white crosses, a group marched to Parliament chanting “die boere kom!” (the farmers are coming!) while others arrived on motorcycles and in their vehicles. In July a similar protest took place.

“The farmers are the reason that we have bread and butter. Why we have food. Why we have meat. They are the heart and soul of the country,” said Justin Taylor, a supporter who arrived on a motorbike. He said he was there to make a stand against farm murders. Taylor said more policing and patrolling were needed. The government was focusing on gangsterism and train sabotage but “we haven’t seen any law enforcement acts in the farmland”, he said.

According to AfriForum, farm murders in 2019 were estimated at 57.

“Farmers are living in fear in our country,” said Ivan Meyer, Western Cape MEC for Agriculture. Speaking to the crowd, he said agriculture played a significant role in South Africa’s economy, and “an attack on a farmer or a farm worker is an attack on the economy of South Africa”. Meyer said President Cyril Ramaphosa should be concerned about farm attacks “because a farm murder in South Africa compromises food security and political stability on the African continent”.

Jannie Meyer, convener of the protest, said, “I want people to take us seriously. We are not here to fight. I want the President and all the heads of political parties to understand that we must unite, come together and solve this problem amicably.” He said he was not part of any organisation but he wanted the government to treat farm murders, farm fires and threats as “priority crimes”. DM