Civil society calls for the end of austerity 'death spi... 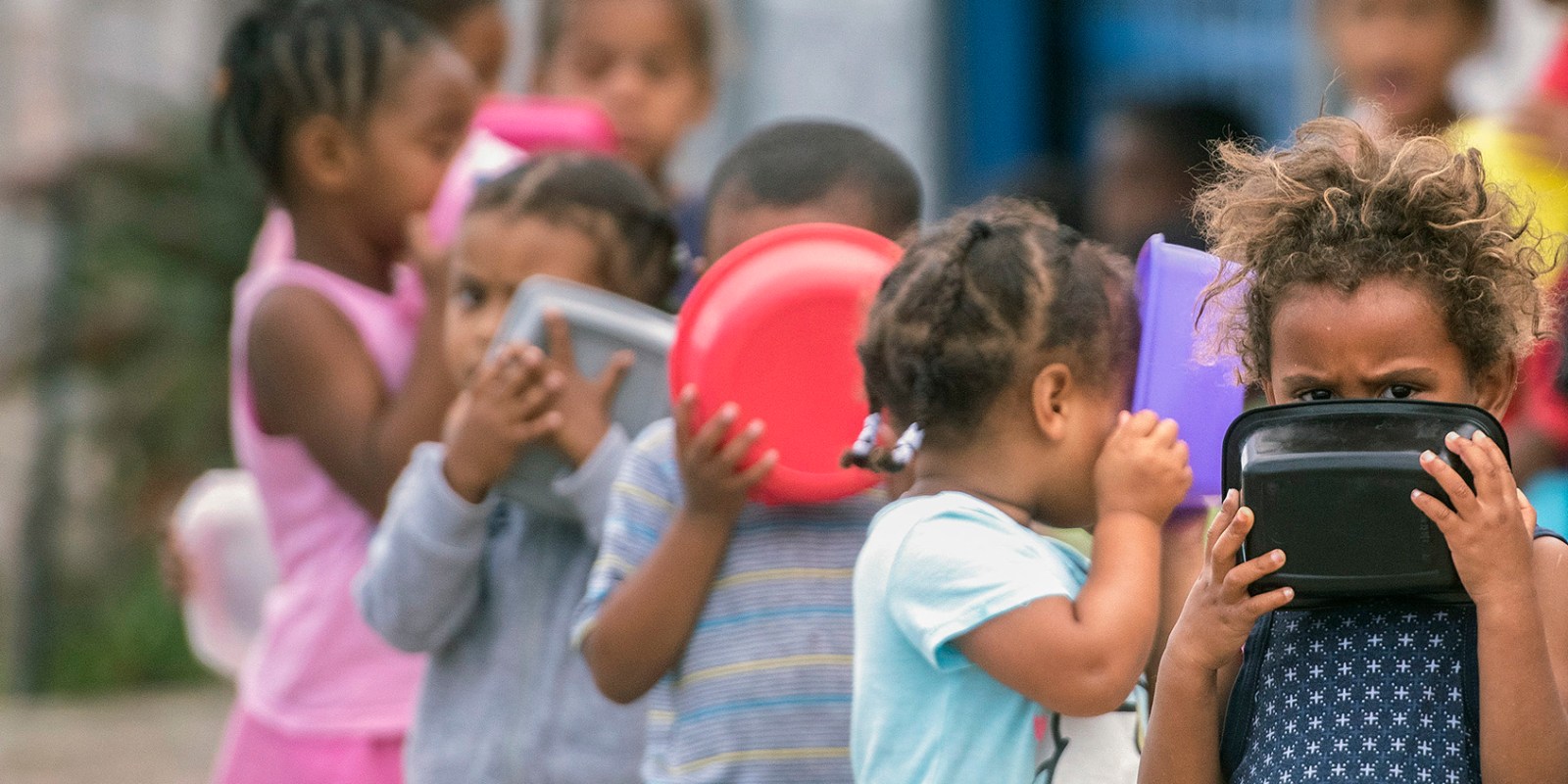 Last week a coalition of 13 prominent civil society organisations, the Budget Justice Coalition (BJC), published a “People’s Budget”, based on human rights, on the same day that the Medium-Term Budget Policy Statement (MTBPS) had initially been scheduled to be presented to Parliament.

The 85-page document is carefully researched, referenced and evidence-based. Yet it challenges many of the assumptions that underpin South Africa’s current economic policy. It was drafted with the collective input of organisations working on diverse constitutional rights, including rights of access to healthcare services (section 27) and basic education (section 29), children’s rights (section 28), social security and access to sufficient food and water (section 27). It has had the benefit of input from ordinary people who made suggestions on social media, academic units, and organisations focusing on economic justice, such as the Institute for Economic Justice (IEJ) and the Alternative Information and Development Centre (AIDC).

As with any budget, it contains an analysis and critique of the prevailing winds in the global and national economies, but has a particular focus on the dangers of further austerity, both to the possibility for South Africa to achieve an economic recovery after Covid-19 but also to the constitutionally entrenched rights of all those who live within our borders.

It calls for an end to the “negative death spiral of cuts upon cuts”. Citing a volte-face even in the International Monetary Fund (IMF), it concludes that:

“Clearly, the idea of austerity has had its day. SA needs to embrace a positive fiscal policy based on repurposing the Budget for the maximum enjoyment of human rights.”

To this end, the People’s Budget goes on to set out areas for expenditure, revenue and budget reform.

According to Busi Sibeko, an economist at the IEJ, up to now the process of drafting the Budget has always excluded considering rights but, she says: “We are reimagining a Budget that addresses human rights, prioritises people, that is environmentally sustainable, and departs from orthodox economics that has led to dramatic rises in inequality and deindustrialisation in all parts of the world.”

Sibeko asks that we should “evaluate the Budget not only against narrow economic targets, such as GDP and debt reduction, but against human rights and quality of life of a country’s citizens”.

Daniel McLaren, a researcher based at SECTION27, points out how “Non-interest expenditure per head of population has declined in four out of the last five years” and that “if you discount bailouts to SOEs then it’s five years. We think it’s a violation of constitutional obligations.”

Sibeko argues that “expenditure on public services is not a burden on the fiscus, but an investment. Social expenditure is economic expenditure because it is an investment that has a multiplier effect.” Education, for example, is an investment with high returns and it’s critical that government focus its efforts towards early childhood development (ECD) and children’s rights, an argument made simultaneously last week by a group of activists in a letter to the president calling for an extension and increase in the caregivers’ grant to ward off hunger.

According to the BJC, if budgets can’t be balanced to achieve fundamental rights then “we need to deliver tax justice. The wealthy need to sacrifice to cut the cost of debt reduction… not people who are already suffering the most.”

At the launch of the budget last week McLaren gave an example of how a seemingly innocuous issue like money “saved” by making cuts to the budget for school infrastructure can have “multiple impacts on learners, teaching, learning outcomes, local economic development and access to food”, thereby reinforcing all of the existing inequalities.

It’s clear that budget cuts, like corruption, are not victimless crimes.

The People’s Budget also argues that the much-vaunted “capable state”, capable of cost savings and revenue raising, cannot be achieved by cutting the budget of the very institutions needed to bring about efficiencies. It calls on the government to fund the agencies that need funding, particularly the National Prosecuting Authority, SARS and StatsSA. It calls for a “focus on the composition of expenditure not just cutting across the board”.

For example, the fact that revenue collection will be R304-billion lower than predicted in February 2020 makes it “important that SARS works to restore integrity and has the necessary resources including filling 600-800 critical vacancies”. The BJC cites the Financial Intelligence Centre estimates that $10-25-billion is lost per annum due to illicit financial transactions. It calls for “a focus on mobilising resources rather than cutting services, spend money to make more money back”.

To this end, as explained by Dominic Brown from the AIDC, the BJC has four distinct proposals, including repudiating corrupt and odious debt; a net wealth tax and to increase tax on high incomes above R500,000; and increasing capital gains taxes to OECD and BRICS norms.

The take-home message from the activists is that claims that the Treasury has exhausted all means of raising revenue and saving genuinely wasteful and fruitless expenditure just don’t stand up to scrutiny.

This makes it all the more important that the minister of finance engages with the activists. In response to a question as to whether the BJC had approached the Treasury McLaren answered:

“We have tried to engage the Treasury in the past. We met Malusi Gigaba (when he was minister of finance), but have not found a platform in which we can engage with the Treasury outside Parliament. We think that the problem is decisions on the Budget are made long before they are presented to Parliament.

“We have written to the Treasury asking for a seat at the table for education organisations, but the Treasury DG refused that request. We have also found that post-Budget engagements in Parliament are superficial and superfluous and usually Treasury responses don’t deal with the substance of our submissions.”

According to the BJC, “national budgets should be tabled in Parliament not as ‘sealed deals’.”

The Treasury was approached for comment on the People’s Budget, but failed to provide an answer.

On the other hand, Business Unity South Africa (Busa), welcomed “the introduction into the public discourse of the Justice Coalition Budget”, noting that “inputs into the Budget process, including different views on Budget priorities from different interests are welcome. This enriches the public discourse on a critical element of our economy and strengthens our democracy.”

Cas Coovadia, CEO of Busa, says business “is of the view that South Africa must prioritise robustly where its limited resources are deployed from an expenditure point of view. Our country has a very serious fiscal crisis, which can only be addressed through government creating an environment for local and global investment into our economy, social partners working to structure an inclusive economy off those investments and businesses flourishing to employ people, develop entrepreneurs and pay taxes. This is the continuum that will begin to strengthen the fiscal base, without which expenditure allocations identified in the Justice Coalition Budget cannot be met.

“We need to devote all our resources to investment and growth for the foreseeable future and ensure the majority of our people have a stake in such growth. This is the only sustainable way, in our view, to address social and economic  inequalities in our society.”

Finally, the People’s Budget makes a number of proposals for reform of the Budget process. It calls for greater fiscal transparency; much improved public participation (SA scores only 24 out of 100 on public participation in the annual Open Budget Survey; even though scoring commendably highly on fiscal transparency); better parliamentary oversight; and for strengthening the office of the Auditor-General and closer involvement of the public in audit investigations. DM/MC

The members of the BJC can be found here. Organisations wishing to endorse the People’s Budget can sign here.