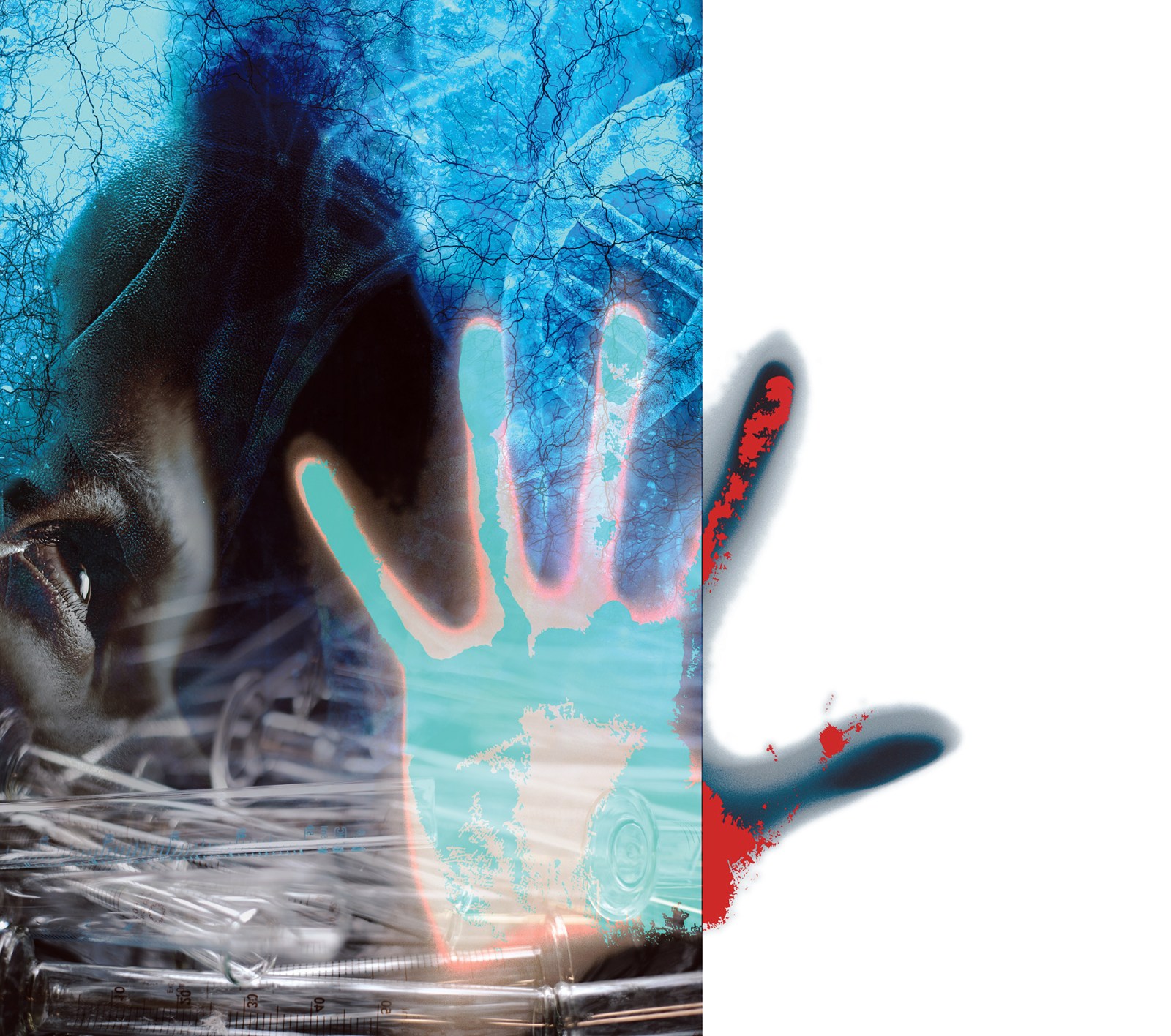 In court testimony and submissions to Parliament, police have acknowledged that budget problems are sabotaging the prosecution of GBV cases because their forensic laboratories are unable to meet the demand for analysis of DNA samples.

The police have admitted to two courts and to Parliament that a budget crisis has pushed their laboratories to the edge of collapse and stalled thousands of gender-based violence (GBV) cases, including rape, murder and attempted murder, because technicians are unable to do DNA analysis.

According to the DA, more than 100,000 DNA samples, most of them needed as evidence in GBV prosecutions, have yet to be processed because police forensic laboratories are suffering the brunt of a severe budget and procurement crisis.

Last month, during an inquiry into undue delays in three rape cases in the Vredenburg regional court in the Western Cape, Colonel Thembela Lamani from the police’s biology laboratory admitted that officers in charge of the process had to select which samples would be analysed because funds were not available to do all of them.

“We did not have the budget … It has made for us not to be fully productive … We will have to pick and choose cases as per request of the investigating officer,” Lamani testified.

Regional court magistrate Vic Gibson, who ordered the inquiry into the delays in the three trials, said: “I regard this as potentially a human rights issue that perhaps should be taken up with the Human Rights Commission.”

Gibson told Lamani that he and his team had an obligation to ensure speedy justice for people “such as the accused in [these cases], who have been in custody for a substantial period of time, and young victims, 14-year-olds that are sitting [with] their lives up in the air”.

“You are expected to play, in a sense, God,” the magistrate said. “[If] I understand you correctly … the only way that you are able to manage this is the more pressure that is put upon you in respect of certain cases, you will gravitate towards that case to try and get it expedited. Is that an honest assessment?”

Lamani said the police laboratories could not rely on getting adequate supplies of reagents and consumables, which were essential for their work. He said the laboratories in Pretoria and Cape Town were sharing what they had. The facilities sometimes had enough reagent to last five to 10 days before stocks “ran dry” again.

He said the issue was five contracts, covering the supply of chemicals and the maintenance and calibration of equipment, which had to be in place to run uninterrupted for two years.

In March the Makhanda High Court heard evidence from Lieutenant-Colonel Sharlene Otto, the police’s chief forensic analyst, and Michael Reddy, financial head of the Hawks, in a similar inquiry into undue delays. They testified that DNA analysis is done either in Cape Town or in Pretoria but since 1 April 2019 the laboratories have been short of chemicals and consumables.

“The fact of the matter is that the state [prosecutor] has no control over the decisions and inactivity of the decision-makers at the forensic laboratory and the wrangling which affects the functioning of the courts and the continuance of trials,” Judge Micki Mfenyana wrote in a judgment that was sent to the national police commissioner.

“The evidence presented revealed a gloomy picture of helplessness, and excessive delays in the approval and subsequent procurement of essential supplies for the analysis of DNA samples. This is at the risk of the termination of proceedings in certain circumstances if unnecessary delays occur, as the courts will find it more and more difficult to grant postponements indefinitely, at least not without putting the integrity of the courts and the requirements of the Constitution at risk,” the judge said.

In the Eastern Cape the MEC for Safety and Liaison, Weziwe Tikana-Gxothiwe, said the province’s forensic laboratories, which do preliminary work on samples, had a backlog of 1,050 cases for similar reasons.

In a letter to President Cyril Ramaphosa,  the founder of the now closed DNA Project, Vanessa Lynch, raised her concerns over the parlous state of police laboratories.

“I can no longer stay silent on what amounts to a travesty of justice — if addressing GBV is indeed a priority of the state, then you will agree that your forensic DNA lab should be a priority too, as there is no question that DNA profiling is one of your most successful prosecutorial tools to identify rapists and violent criminals due to its high rate of reliability in securing convictions,” Lynch said.

“Moreover, when used in conjunction with the DNA database, it has the ability to identify serial offenders, preventing them from striking again … Yet, despite this and the global success of DNA profiling in solving GBV [cases], currently both of your DNA [biology] units are at a standstill … In short, your most powerful weapon against GBV is not being deployed,” she wrote.

In a written answer to Parliament, Police Minister Bheki Cele admitted that police forensic laboratories had been failing to meet demand for their services due to the lack of consumables and of equipment maintenance.

“This was due to limited funds,” he said. “The operational budget was increased, which enabled the servicing of laboratory instruments and the purchasing of consumables, which in turn resulted in improved performance.”

During a presentation at the portfolio committee on police in Parliament this week, the police board that provides oversight of DNA testing admitted to massive backlogs in the analysis of forensic samples. DA MP Andrew Whitfield said he has information that this translates into more than 100,000 cases.

“I have received calls from families of victims, concerned parents and GBV activists who are outraged about the delays in processing DNA. In some instances, due to the lack of evidence dangerous criminals are let out on bail and walk the same streets as their victims.

“It is sickening to think that such gross injustice could occur due to the negligence and incompetence among some within the South African Police Service. My heart is broken,” Whitfield said. DM168