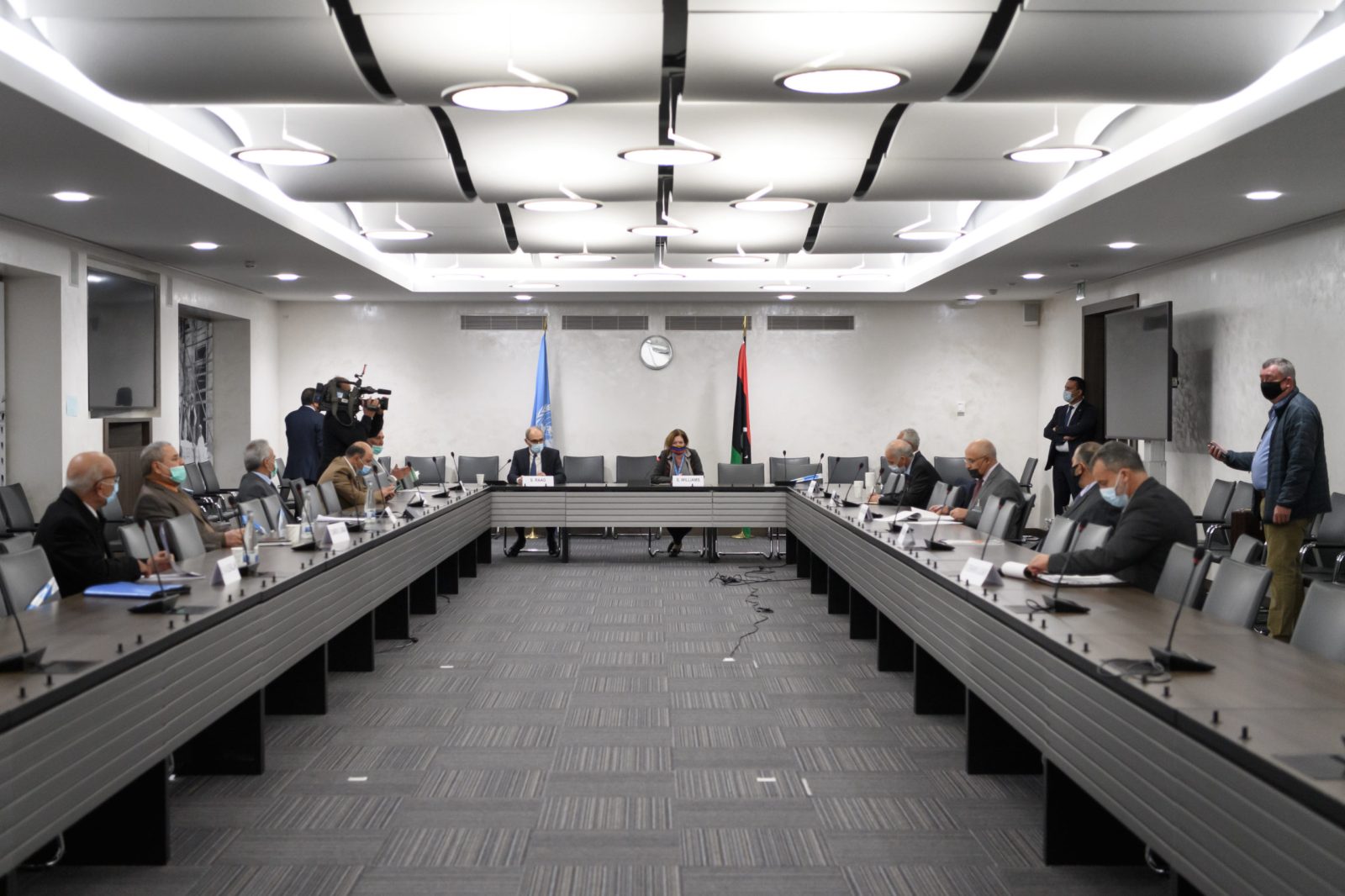 GENEVA/TRIPOLI, Oct 23 (Reuters) - Libya's warring factions signed a permanent ceasefire agreement on Friday, but any lasting end to years of chaos and bloodshed will require wider agreement among myriad armed groups and the outside powers that support them.

As a first commercial passenger flight in more than a year crossed frontlines from Tripoli to land in the eastern city of Benghazi on Friday, Williams hailed both sides for reaching a deal.

“The road was long and difficult at times. Your patriotism was your way forward and you were able to reach a ceasefire agreement,” she said after the signing ceremony in Geneva.

The agreement was reached after the internationally recognised Government of National Accord (GNA) in June beat back Khalifa Haftar’s eastern-based Libyan National Army (LNA) from its 14-month assault on the capital.

Since then, frontlines have stabilised west of the central coastal city of Sirte and eastern forces have ended an eight-month blockade of Libyan oil output and exports that was strangling state finances on both sides.

Political talks between the two sides, which are made up of sometimes unstable coalitions of local interests, are due in Tunisia early next month.

However, inside Libya, where numerous ceasefires and diplomatic moves towards a lasting deal have run aground, some people on both sides voiced scepticism over the latest apparent breakthrough.

“We all want to end the war and destruction. But personally I don’t trust those in power. Last year we were on the brink of talks to end the divisions and then war broke out,” said Kamal al-Mazoughi, 53, a businessman sitting in a Tripoli cafe.

“If there is no force or mechanism to apply this on the ground, to expel the mercenaries, stop all foreign forces, dissolve all militias and collect all arms not in the hands of the state, this deal will only be ink on paper,” said Ahmed Ali, 47, in Benghazi.

Many previous diplomatic efforts to resolve Libya’s internal conflict have run aground on the messy reality of a contest among many different groups since the 2011 overthrow of Muammar Gaddafi.

“There is still no clear sign that Libyan belligerents are looking at this as anything other than a period of posturing and positioning,” said Tarek Megerisi, a Libya political analyst.

Both sides have been backed with weapons and fighters by outside powers as the Libyan conflict has drawn in countries propelled by their own regional interests.

The GNA is supported by Turkey, while the United Arab Emirates, Russia and Egypt back the LNA. The United Nations has urged all foreign parties to stop interfering in Libya and criticised their breach of an arms embargo.

Turkish President Tayyip Erdogan said he hoped the rival sides would abide by the ceasefire, but added that “it does not seem too acheivable”.