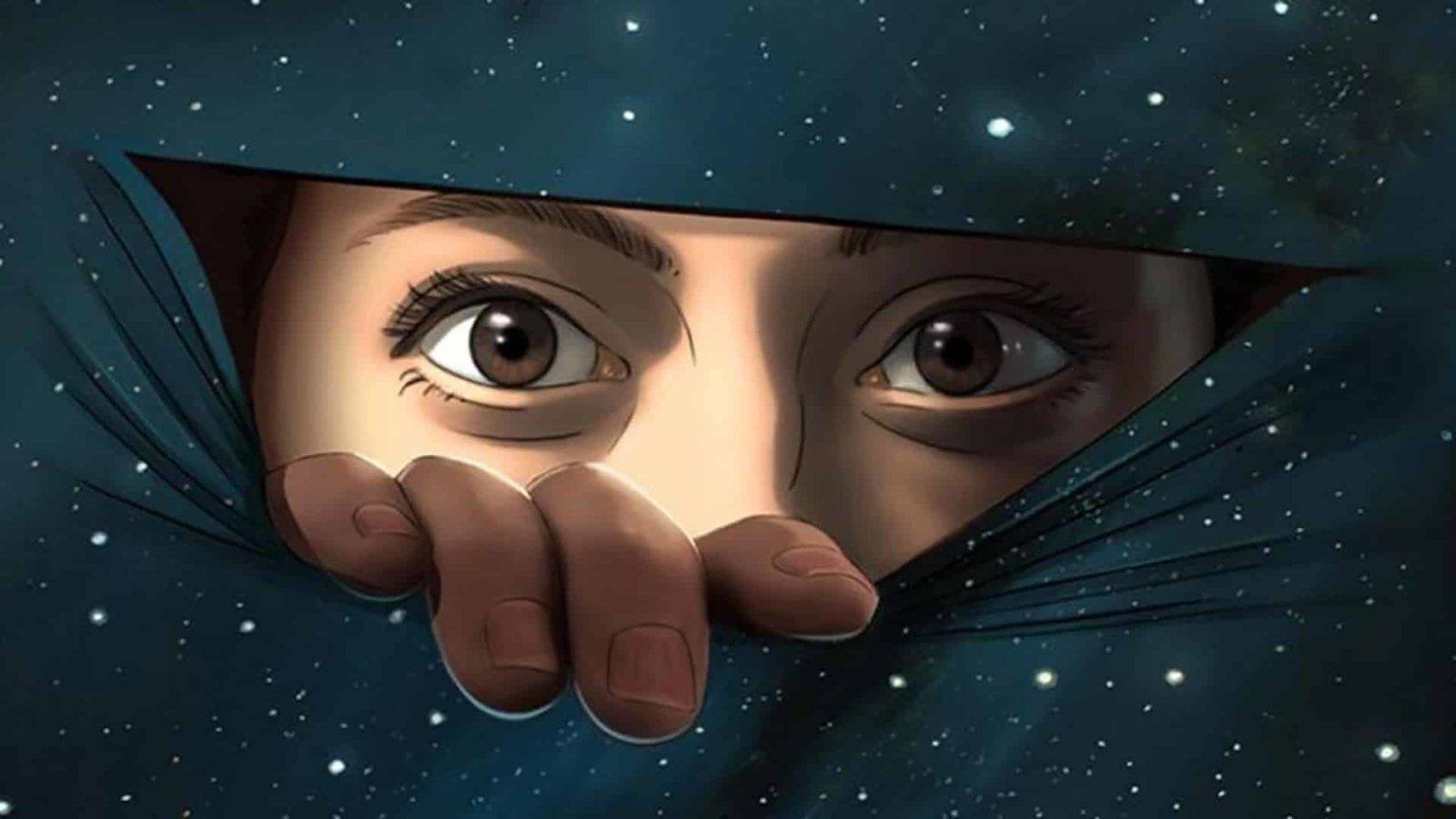 “I’m so bored of living. I wake up every morning in the same bed with the same person. I shower, brush my teeth, I get dressed, I eat the same breakfast and take the same commute to work. I’m 28 years old and I’m terrified this is all there is. Sometimes I’ll be in the store and I’ll think ‘these beans are better. No, these beans are better.’ And then I’ll think, ‘that’s the most boring thought anyone’s ever had’”.

These are the opening words to Undone, Amazon’s first original animated series, and they set the tone pretty quickly: barbed wit and relatable existential cynicism. The depressed dead-eyed woman speaking, channelling the sentiments of the famous Trainspotting “choose life” monologue, is Alma. She’s chock-full of this brand of free-thinking scepticism, and easily the most interesting character Rosa Salazar has ever played.

Alma swims against the current, too intelligent to accept things as they are and too mistrustful to allow herself to feel happy on anyone else’s terms.

Some people have nomadic spirits – they become anxious and restless without constant change. Change feels like progress, so they’ll live like sharks, constantly moving forward, heaven forbid they stay in the same place long enough to grow roots.

It’s hard being friends with a shark. Alma’s acts of anti-establishment rebellions are seen from the outside as rabble-rousing and self-sabotage. Her younger sister is about to settle down with a nice unassuming man in a polo shirt from a good family, and Alma’s greatest fear is falling into the same mundane “paint by numbers” timeline which so many people blindly trudge.

As soon as the context is clear, SMASH! Car accident. Blood. Death? Coma. Hospital. Confusion. But didn’t this already happen? Very suddenly things stop making sense. Reality is blurred and enmeshed with hallucinations that will have you gawking at their visual splendour while furrowing your brow and scratching your head.

Alma’s dead father Jacob, a theoretical physics professor, fades into being as the archetypal spirit-guide of Alma’s mind-bending experience. Jacob is played by Bob Odenkirk, famous for his role as Saul Goodman the rambunctious hustling criminal lawyer in Breaking Bad, and in Undone, his facetious charm is put to just as good use, equal parts comedy and scathing attacks on society.

Jacob explains that Alma has one foot in the realm of the dead and one in the realm of the living, and is struggling to understand the elasticity of reality now that her temporal perception is no longer linear. Either that or she’s having a very trippy morphine-drip fever dream.

While this sounds like a joke, it’s actually a bold self-aware taunt at the viewers, because it isn’t subsequently clarified after that comment what’s going on, so a magical realist ambiguity about the supernatural sets in.

As soon as the hallucinations begin, the suitability and beauty of the animation style shines through. Undone is animated using computerised rotoscoping, an old technique which animators used to trace over live action footage, frame by frame. The result is strangely realistic, while providing animators total flexibility to distort subjects and seamlessly implement computer-generated effects.

The freedom of this style is used to mimic the disorder of Alma’s experience, as if reality were revealed to be a giant puzzle, and the pieces were promptly strewn across the floor, confounding scenes jammed together in ways that don’t fit, some of them upside down. The slow therapeutic process of sorting and completing the puzzle to reveal how reality fits together in time is the hypnotically fulfilling quality which makes Undone so captivating.

Undone was clearly inspired by Waking Life, an esoteric psychedelic film, released in 2001, composed of several philosophical lectures which tackled notions of consciousness. Waking Life also employed rotoscoping to cultivate a disconcerting dreaminess. This Week We’re Watching reviewed Waking Life as part of a series of animation films for grownups.

Undone plays with the concept of consciousness, much like Waking Life. Both are packed with valuable social commentary on normalised preconceptions about the world which are easy to gloss over. Both host glitches in the matrix – time loop refrains which re-occur in slightly differing ways and make you feel a bit like you’re having an acid trip under experimental conditions.

But Undone supersedes its kindred predecessor in its “watchability”. Waking Life was a dense, uncomfortable and slightly tiring watch – it was too obscure for most audiences. Undone, on the other hand, completely holds your attention and although it does demand more engagement than most television, it finds the sweet spot between sensory pleasure and intellectual stimulation. Episodes are only 20 minutes long, breaking down the epic journey into digestible chunks which you can choose to savour or binge at your leisure.

Undone straddles the genres of psychological thriller, superhero, time travel sci-fi, murder mystery and supernatural brainteaser flicks like Groundhog Day and the Truman Show. It’s difficult to place such an enigmatic series, but the most similar one of recent times might be Netflix’s time-loop series Russian Doll, in that what begins as a disorienting temporal prison unlocks emotional insight and personal growth.

“It’s kind of like driving stick shift instead of automatic transmission. The automatic is easier but you’re not really driving right? The car’s driving you.”

Throughout Undone, we’re invited to entertain the possibility that Alma is actually just a little bit bonkers, after all. The shadow of her late schizophrenic grandmother looms in the background, always hinting at mental illness, but this provokes questions about the subjectivity of reality. If a tree falls in the forest and no one hears it, does it still make a sound? What if it doesn’t fall but someone does hear it?

The creator of the series, Raphael Bob-Waksberg, is a narrative genius, weaving together a plethora of existential and emotional insights. Every aspect of Alma’s identity opens up a new avenue for growth and discussion.

Alma was deaf as a child, and pressured into having corrective surgery, so deafness is explored as a culture. Alma’s abandonment and commitment issues urge you to contemplate the nature of individuality. Alma’s Mesoamerican ancestry provokes a spiritual journey of placing oneself in one’s heritage and coalescing an identity in relation to the ancestors.

That last mental expedition is the only one which seems half-baked – it must be said that Undone exoticises indigenous shamanistic mysticism in the same post-colonial condescending way in which affluent hipsters sometimes call themselves Buddhist or Rastafarian simply because they think it’s cool. That there’s only one noticeable, contentious problem worth mentioning is as good a recommendation as one can hope for – praised by faint criticism.

Undone is what you’re looking for when you’re scrolling through the endless void of streaming services – something different; something that will make you stop and think; a new unpredictable experience which is thrilling as hell and has been masterfully curated to lead you on a journey. DM/ ML

Undone is available on Amazon Prime.
You can contact This Weekend We’re Watching via [email protected]

Decolonising the airwaves with Midnight Son