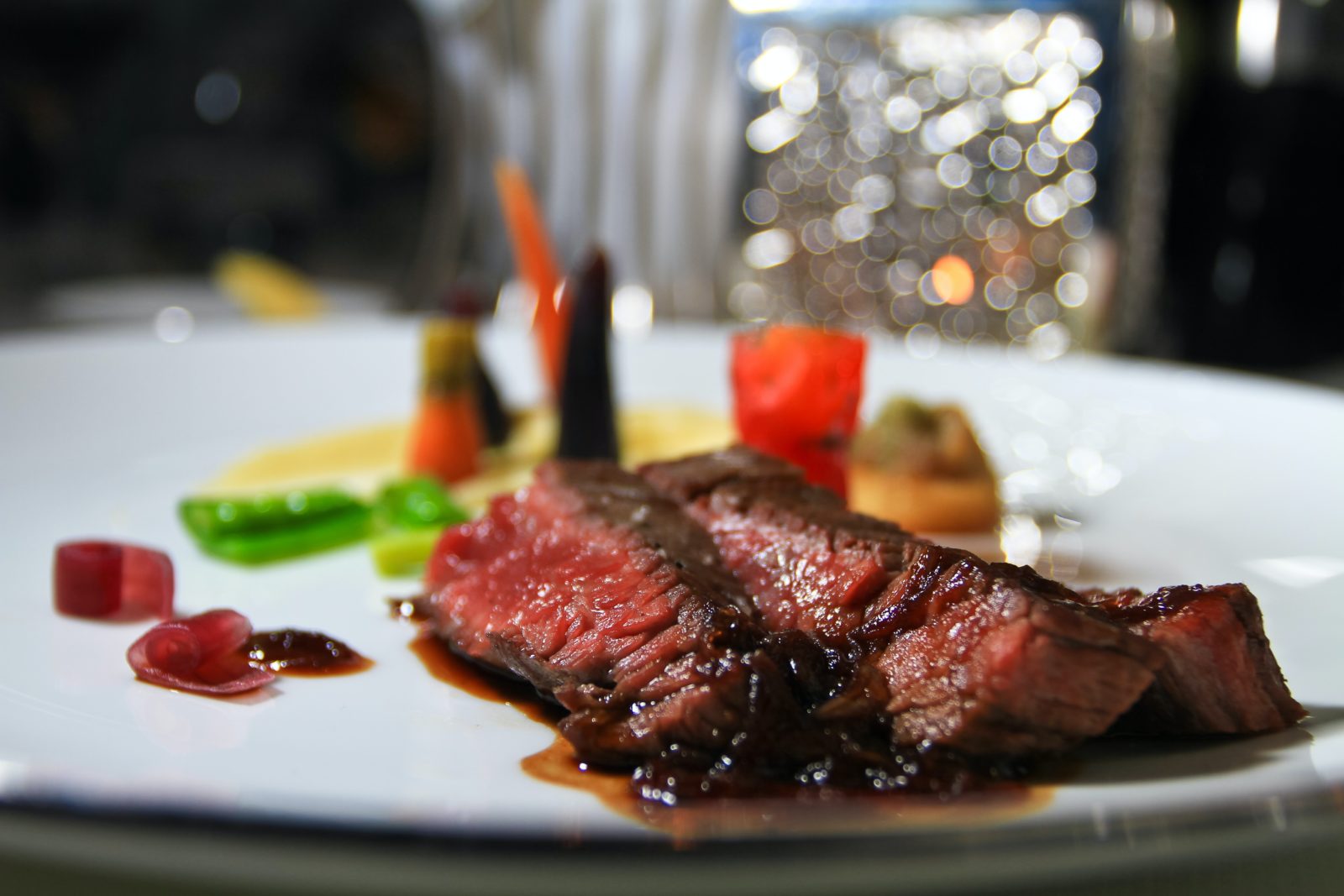 Shop where game no longer roams free and the cuts look as if they should come with a gun as a side order.

Is that the sound of a million vegans cutting their wrists?

Lately, because of lax laws on hormones and feed, I have lived on wild meats. It has taken me years to find the best sources for springbok. A lot is exported, and I have had big disappointments with various butcheries in Cape Town who have totally side-lined venison, and some don’t even know what the word means, “Say again, lady, what?”

To me, the famously expensive wagyu is a bad second to springbok.

We live in a country that has the best venison in the world, deep, dark, lean meat, some as soft as soap but well-muscled and full of red blood.

For years living in Africa I have tried to find sources of venison, springbok particularly, and even resorted to meeting chefs in dark alleyways to pass over a slipper of springbok fillet.

“Oh, no, sorry but all venison is exported, impossible to get,” I was told over and over again.

Lately, I have found that there is a whole subculture of wild meat-eaters. Many, like me, feel better eating meat that has not travelled the rocky path to an abattoir, or been in a feedlot or fattened up on chemicals. The problem with wild meat is, it needs to be expertly cut and frozen, otherwise, it looks as if it has spent the night in ICU.

Finding a local shop, Cape Venison (capevenison.co.za), frisked up my eating habits with untamed delicacies, biltong made from impala, blesbok and springbok, lean lengths of springbok sirloin, tender as a baby’s skin, venison pie, with its gold pastry and deep dark meaty innards, what can I say, surely the king of pies?

Cape Venison in Monte Vista (does this place, neat as a pin, even belong to the new SA?) is a step back into the apartheid era with its life-size Springbok cut-outs on the wall,  serious red wine drinkers in co-op shirts and aviator glasses; the narrative is Southern African Gothic. The parking area is full of bakkies and the ghost of PW hovers.

The shop is full of body parts: ribs, necks, spleens, lungs, anus, ribs, shanks, shoulders and legs from a variety of wild animals such as oryx, eland, springbok, ostrich, zebra and goat. There are wild boar and warthog salamis.

Some of the larger cuts look as if they should come with a gun as a side order.

I buy springbok fillet which comes in a snake-like shape and cuts up into pieces with the bluntest knife, soft as sponge, oozing red blood. I have also ventured into kudu and impala, tougher but tasteful. Another favourite is wildebeest when I can get it, thick with blood and nourishing fats, it gleams with textural muscle. Buy from Bay Meat Market (baymeatmarket.co.za) an online butchery that delivers and which provides most things, even crocodile which needs careful butchering to be even eatable.

You are, after all, not a lion.

The thing with all meat is to know the cuts. The venison I buy – springbok fillet — needs hardly any cooking, just a short sizzle in a skillet with olive oil, so the inside remains late-night-eye pink. However, there are other cuts, often cheaper, rump, topside, flank and saddle that are tougher and best in potjies.

Goat is another favourite, perhaps because I have spent so much time in middle eastern countries. It has a sweetness that makes it distinct from other meats. I buy goat kidneys, floating in fat, like two netsuke with their arty markings and membranous skin. In Omdurman where the White and Blue Niles meet and where I lived for some years, goat curd was most prized for making, of all things, cheesecake.

Slice the kidneys lengthwise, kill all that white suet (some brave cooks keep that white stuff) but keep that essential kidney shape, and cook up with some sherry and good butter. Do not underestimate butter.

With its pure, sweet creaminess (Camphill makes the best local butter) it heats at a slower speed and gives the kidneys succulence.

I usually use olive oil, but am on a butter binge at the moment, it produces a spanking sizzle which is when you drop in your venison slice for no more than two minutes.

For hardcore carnivores, there is the Classic Namibian Deli in Bellville (namdeli.co.za) that sells such Arabian delicacies as sheep’s tail, skaapsterkies, which need a bit of expertise to be able to even get your teeth through. I boiled mine for two hours before putting on the fire and even then they were tough. Soaking in brine and then rinsing in fresh water is a good way of cleaning game meats and offal, but that is another story.

It has taken me time to get pally with fat. Brought up in conservative WASP environs where fat was the bogeyman, we have had a troubled relationship. My ma spent hours skimming fat off everything. She could even take fat off fat.

I know fat is not a looker, but you can grow fond of it, especially if you’ve read Tim Noakes. The magical thing about it is that the more you eat of good fats, the thinner you get. The debate over vegetable oils vs animal fats still sizzles, so I use both olive oil and butter, often combined.

I am not a big seasoner but love celery salt (get it from Olive Branch Deli, Lifestyle Centre, Kloof Street), a bunch of dandelion leaves in a salad is always great and the big standby is green sauce; you need lots of herbs, a bunch of curly parsley, a small tin of anchovies cut to within an inch of their lives, olive oil, capers. Add anything you like, salad leftovers, nasturtium leaves, as long as it is green, bottle and keep in the fridge, should last a few days.

Venison is meat from a deer, but don’t stop there, medear, snails are appearing more and more on international menus (it is a heartless process because they have to be starved first) not in those hopeless six-hole dishes but in stews, salads and soups. Birds are big, rook pie and pigeon pie, apparently yum.

In times of internecine warfare and food shortages, if you are not forced to eat your friends, wild animals are a good second, with healthier meat and cheaper cuts. DM/TGIFood