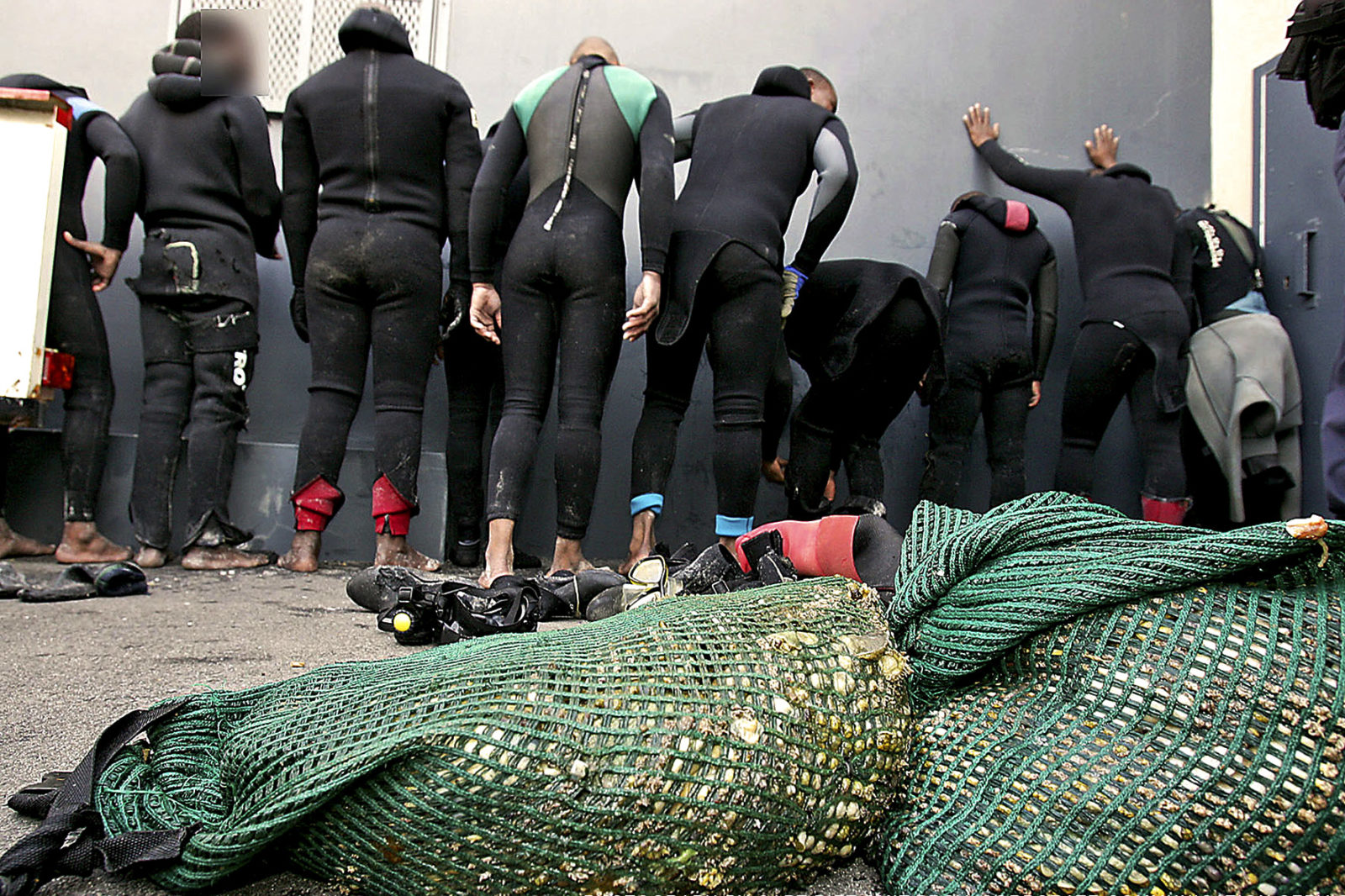 A Cape Town lawyer who was acquitted for activities linked to the highly lucrative trade in illegal abalone, has placed corrupt, wealthy businesspeople at the centre of a criminal enterprise worth billions.

Lawyer Anthony Broadway was accused No 3 in a 2018 matter heard in the Western Cape High Court. Two businessmen accused with Broadway, Michael Norman and David Bannister, were leading figures in the massive abalone poaching-linked syndicate, but entered a plea agreement with the state and testified against Broadway instead.

Broadway was acquitted in 2019.

In 2009, the lawyer was drawn into the criminal enterprise when he appeared as a defence attorney for members of a syndicate and later began handling the enterprise’s financial affairs.

Norman, Bannister, Broadway and 12 others faced 340 charges of racketeering and money laundering linked to an alleged abalone-poaching syndicate estimated to be worth around R2-billion.

Norman supplied the vast amounts of money used to pay expenses, including for poachers, diving groups and the salaries of individuals renting premises used for the processing and drying of abalone.

The processing happened in the Western Cape and Gauteng. Fresh abalone was delivered, dried, sorted in various sizes and packaged for export.

Now ten months after his acquittal, Broadway has lifted the lid on the extent of illegal abalone poaching and the various criminal networks the enterprise sustains.

“The real people behind these abalone syndicates are those with the money. Gangsters only later became part of abalone poaching. They, gangsters, started to dictate and tell poachers to whom they must deliver the abalone. If they fail, gangsters threaten they will be arrested by corrupt cops or they will be dealt with,” he said.

On the failure of the state by allowing one of the biggest abalone syndicates to get away with it, Broadway said:

“The state used Bannister and Norman to testify against me. In the end, they refused to testify.”

For this, the state allowed a syndicate, which specifically amassed about R5-million a month tax-free for two years, to get away with running a massive criminal enterprise with a slap on the wrist.

Plea agreements, in principle, are good, but are being used by the state to turn witnesses against one another, said Broadway.

This was why police had been seemingly unable to make a dent in massive abalone poaching for more than 20 years.

Broadway’s views are echoed by Richard Chelin, a researcher with the Institute for Security Studies.

Chelin says abalone trade requires networks to operate. The supply chain consists of the harvesters (the poachers), transporters and middlemen who sell it on to buyers who export it to Asia.

“The biggest demand for abalone is from South-East Asia. The lawyer was not wrong in saying businessmen are the ones calling the shots, which is true, because without these businessmen there wouldn’t have been a demand in abalone,” said Chelin.

The entire value chain had to be examined and the question asked whether if poachers were removed, this would affect trade. In this instance, said Chelin, new poachers were simply recruited.

“Gangs are the middle people. They control the harvester and transport and sometimes provide protection to the transport person. To a certain extent, it is true to say that they are not really the big players. But let’s say you remove the gangsters. Would this affect the abalone trade chain?” he asked.

Gangs exchange the illegal abalone for drugs, so the abalone trade helps to sustain supply.

“In a way, it is a win-win situation for gangsters. Focusing on them only is not the solution to alienating the trade”, Chelin said.

To nip illegal abalone poaching in the bud, he said, “You have to deal with the entire supply chain which includes the buyers and exporters. Very often we have the response in arresting the poachers.”

Chelin said research showed that R96-million worth of abalone was poached between 2006 and 2016, amounting to about R9.6-million a year. Of this, 90% is destined for Hong Kong and Southeast Asia.

Poachers, the poorest and most vulnerable at the bottom of the chain, are used to store and transport the illegal abalone.

“We have seen it in the Western Cape and Port Elizabeth”, he said.

“During the Covid-19 restrictions poaching dropped, but the problem will pick up again because the demand is rising. Demand is rising in Southeast Asia so we can expect the trade itself to grow exponentially.”

Maverick Citizen has also learnt that East Asian buyers have apparently told poachers in the Western Cape they are receiving better quality abalone and at a cheaper price “from someone very high up”.

The source said they had established that it is a landlocked Zimbabwe which is now seen as an exporter in the illegal abalone trade.

Chelin said the issue of wide-scale corruption, which included the Department of Environment, Forestry and Fisheries (DEFF), was because of poor policies, criminal elements and corruption within law enforcement and government departments.

The comments were made in the wake of millions of rands worth of abalone confiscated over the past few months.

In the latest bust, the Hawks’ Serious Organised Crime Investigation team, with the DEFF, conducted a search and seizure operation on Tuesday 20 October at an illegal facility in Manhattan Street, Airport Industria.

There they discovered about 40 bags of dried abalone worth an estimated R8-million.

Van der Westhuizen was responding to a question in the Western Cape provincial legislature by Local Government, Environmental Affairs and Development Planning MEC Anton Bredell on the trends in abalone poaching and the efficiency of the government’s efforts to tackle it.

“Anti-poaching efforts excelled between September 2019 and April 2020 due to coordinated efforts between SAPS and the SANDF, alongside the province’s CapeNature resources,” said Van der Westhuizen.

Lockdown levels had prevented divers from accessing the ocean and roadblocks and vehicle checks contributed to anti-poaching efforts. Since Level 3 and a reduced presence of law enforcement, poaching had picked up.

Maverick Citizen sent questions to DEFF spokesperson Albi Modise on Wednesday 7 October, but had received no response at the time of writing. DM/MC