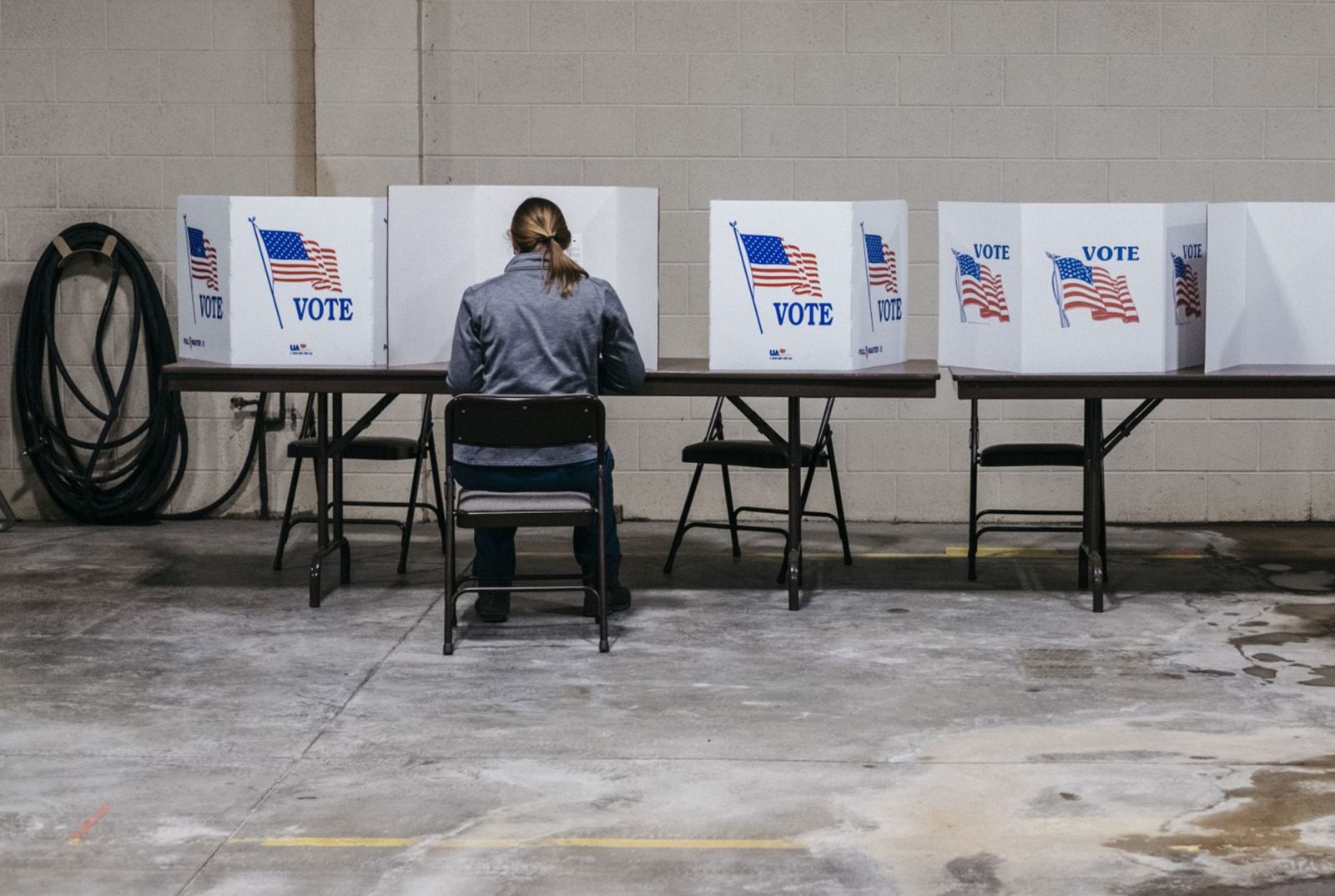 A voter casts a ballot at a polling station in Whitmore Lake, Michigan.

WASHINGTON, Oct 21 (Reuters) - U.S. Director of National Intelligence John Ratcliffe said on Wednesday that Russia and Iran have both tried to interfere with the 2020 presidential election.

The announcement two weeks before the election showed the level of alarm among top U.S. officials that foreign actors were seeking to undermine Americans’ confidence in the integrity of the vote and spread misinformation in an attempt to sway its outcome. “We have confirmed that some voter registration information has been obtained by Iran, and separately, by Russia,” Ratcliffe said during the news conference.

Ratcliffe was referring to emails sent Wednesday and designed to look like they came from the pro-Trump Proud Boys group, according to government sources.

U.S. intelligence agencies previously warned that Iran might interfere to hurt Trump and that Russia was trying to help him in the election.

Outside experts said that if Ratcliffe was correct, Iran would be trying to make Trump look bad by calling attention to support and threats by the sometimes violent group.

A spokesman for Iran’s mission to the United Nations denied Iran had sought to meddle in the U.S. election.

“Iran has no interest in interfering in the U.S. election and no preference for the outcome,” spokesman Alireza Miryousefi said in a statement.

U.S. Senate Democratic leader Chuck Schumer, who received a classified briefing on Wednesday afternoon on election security, said he disagreed with Ratcliffe that Iran was specifically trying to hurt Trump.

“It was clear to me that the intent of Iran in this case and Russia in many more cases is to basically undermine confidence in our elections. This action I do not believe was aimed … at discrediting President Trump,” Schumer told MSNBC in an interview.

White House spokesman Judd Deere said Trump has directed government agencies “to proactively monitor and thwart any attempts to interfere in U.S. elections, and because of the great work of our law enforcement agencies we have stopped an attempt by America’s adversaries to undermine our elections.”

The emails are under investigation, and one intelligence source said it was still unclear who was behind them.

Another government source said that U.S. officials are investigating whether people in Iran had hacked into a Proud Boys network or website to distribute threatening materials. This source said U.S. officials suspect the Iranian government was involved but that the evidence remains inconclusive.

Some of those emails also contained a video, debunked by experts, that purported to show how fake ballots could be submitted. Ratcliffe said that claim was false.

The second government source said U.S. authorities have evidence that Russia and Iran had tried to hack into voter roll data in unidentified states. But the source added that because much of that voter data is available commercially, the hacking may have been aimed at avoiding payment. (Reporting by Sarah N. Lynch, Joseph Menn, Mark Hosenball, Lisa Lambert, Jason Lange and Michelle Nichols; writing by Stephen Nellis; Editing by Kim Coghill and Michael Perry)