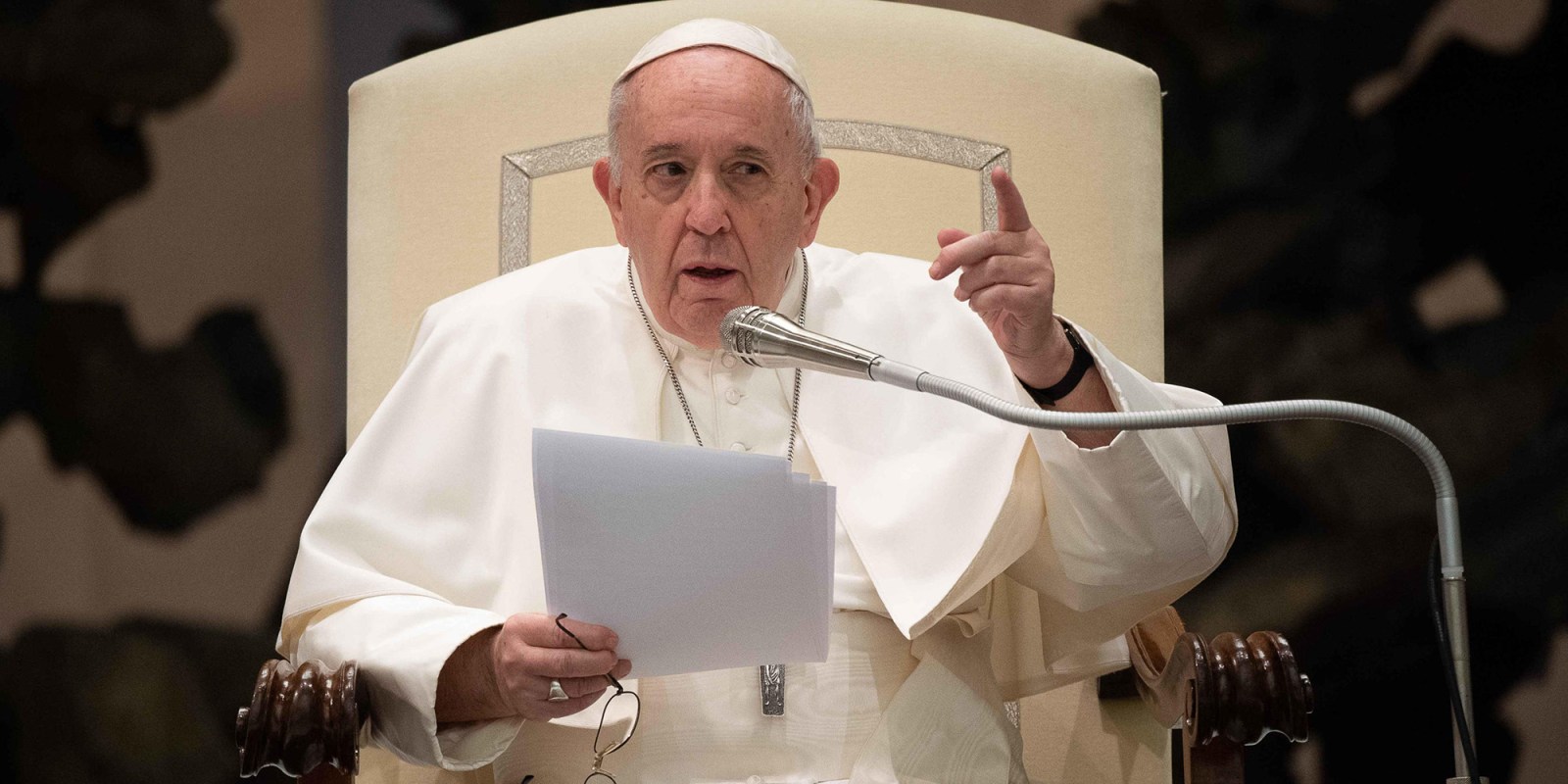 Pope Francis says homosexuals have a right to be a part of the family. (EPA-EFE/VATICAN MEDIA HANDOUT)

In a radio interview about Pope Francis’s support for same-sex civil unions, the anchor introduced the conversation by saying he never thought he would hear a pope saying this. This is not a surprising sentiment given the often hard, uncaring and unwelcoming way the Catholic Church has dealt with homosexuality. On the other hand, we should not be astounded as it’s not the first time this pope has publicly expressed this sentiment.

Pope Francis voiced his much-publicised support for same-sex civil unions in a documentary film, Francesco, which reviews his seven years as head of the Catholic Church. The production focuses on a number of human rights issues that have been close to Francis’s heart, including rights for migrants, an increased role for women in the church and combating the climate crisis.

Jewish filmmaker and interviewer Evgeny Afineevsky asked Pope Francis about the place of LGBT people in his church. Francis said, as he has before, that they should be made to feel welcome.

The pope’s comments come halfway through the documentary, which premiered on Wednesday at the Rome Film Festival.

“Homosexuals have a right to be a part of the family,” Francis said. “They’re children of God and have a right to a family. Nobody should be thrown out or be made miserable because of it.” He went on to say: “What we have to create is a civil union law. That way they are legally covered. I stood up for that.”

When Jorge Bergoglio was archbishop of Buenos Aires, before being elected pope, he advocated for same-sex civil unions in an attempt to block a same-sex marriage law being passed in Argentina in 2010. Bergoglio supported civil unions as a way of keeping same-sex unions distinct from traditional heterosexual marriages. Other Argentinian bishops rejected his proposal.

From the beginning of his pontificate, Francis has sought to make Catholicism more welcoming to people on the margins, including LGBT people. In 2013, shortly after his election, Francis said, when asked about gay priests, “Who am I to judge?”

He has met with LGBT people a number of times as pope. Perhaps the most public of these meetings was with a survivor of clergy sexual abuse, Juan Carlos Cruz. Cruz clashed with the church leadership in Chile about the handling of sex abuse. Since that meeting, the two have remained in contact. In the documentary, Cruz says he spoke to the pope about his sexuality and the pope responded by saying: “God made you gay. God loves you like you as you are and you have to love yourself.”

There has been, and will continue to be, backlash and vitriol across the Catholic and Christian worlds about Francis’s comments. Some will try and spin the words. Others, including some bishops, will reject what he said.

What do the pope’s words mean?

First, publicly expressing his thinking about civil unions means he recognises such relationships exist. This is a historic shift. His words to Cruz are a powerful underpinning of this recognition and suggest that Francis, first and foremost, sees whole human persons and does not define them by or through their sexuality. First and foremost, a person is made in the image and likeness of God and therefore they have inviolable dignity. People cannot be defined by their sexuality or race. This is the starting point for all human rights.

Furthermore, he sees the greater good in affording gay people legal protection. This is important as it allows people to, for example, visit a same-sex partner in hospital, to be assured of security and inheritance, and a host of other common sense protections which, without legal recognition, could be unjustly or unfairly withheld.

Second, that this was in a documentary largely about human rights must also be acknowledged. The pope is clearly condemning countries – including a number on the African continent – that still criminalise homosexuality and threaten imprisonment or, worse, capital punishment. He is signalling that criminalising homosexual behaviour can no longer be tolerated: it is a human rights issue (and discrimination goes against the Christian law of loving one’s neighbour).

Third, Francis is sending a strong message to places where the church has spent much energy and many hours fighting and opposing such laws. This is clearly signalling to church leadership across the world that this issue should no longer be the focus of local church preoccupation.

Fourth, Francis is not denying or threatening traditional teaching about marriage. Allowing civil unions does not diminish the traditional understanding of marriage between a man and a woman. Civil unions do not, as some Christians claim, threaten what the church calls “sacramental marriage”. It is possible to uphold the sanctity of Christian marriage – between a man and a woman – while still recognising the fundamental dignity of people and their rights and protection for relationships that do not claim to be traditional marriages.

It must be noted that the pope has not written a formal teaching document about this, but has communicated his view, nonetheless. It is significant because the church around the world now knows its leader’s mind on the issue.

Afineevsky told America that the movie teaches the importance of being united, being kind, of spreading love. “Pope Francis embraces humanity,” he said.

Catholic, Christian or not, perhaps that is the lesson Pope Francis teaches us all: embrace humanity. DM