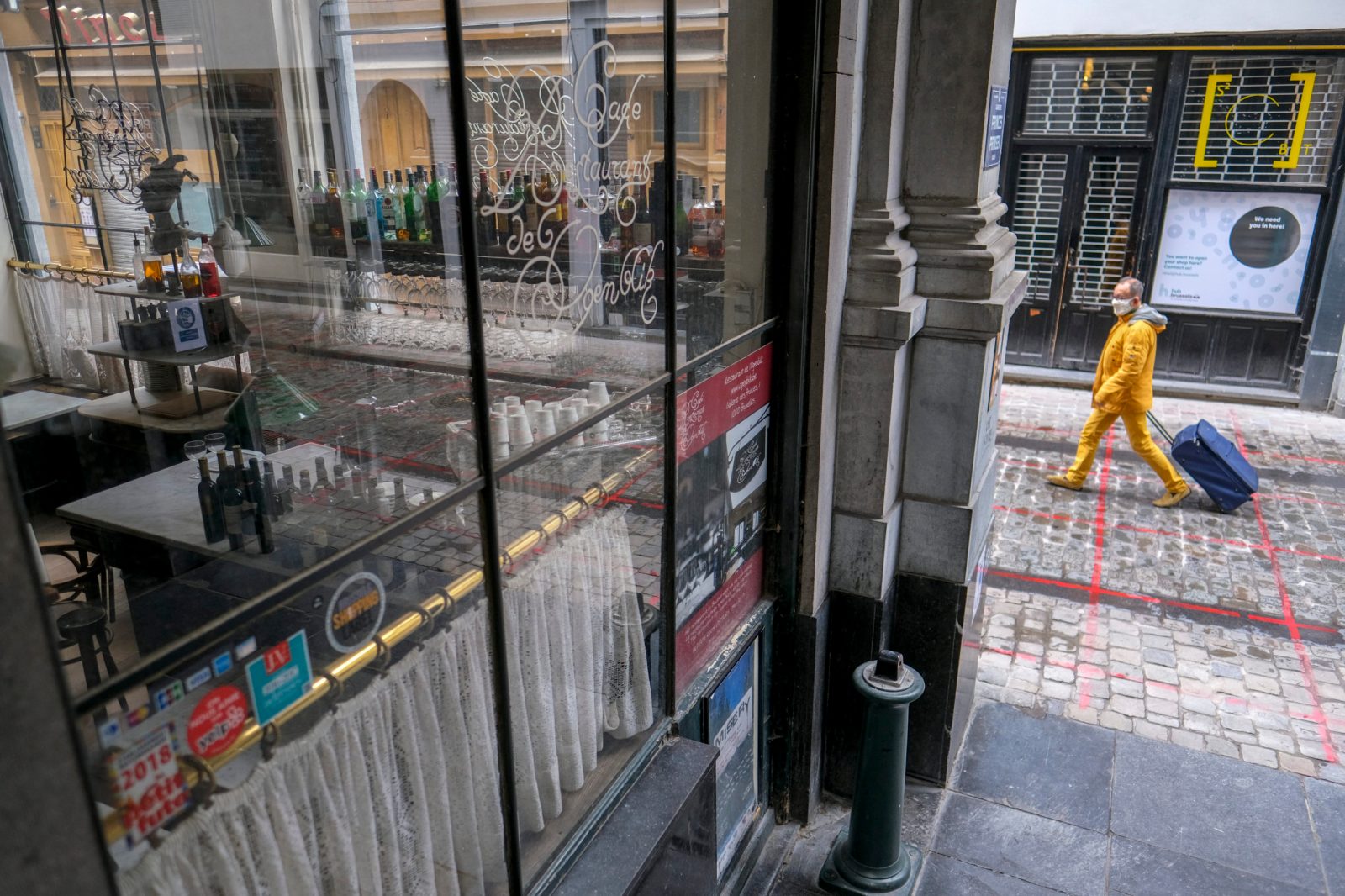 epa08759228 A tourist passes in front of a closed restaurant in downtown Brussels, as Cafes and Restaurants were forced to close for four weeks, after a Belgian federal government decision in order to tackle a surging second wave of the coronavirus disease (COVID-19) in the country, in Brussels, Belgium, 20 October 2020. EPA-EFE/OLIVIER HOSLET

BRUSSELS, Oct 21 (Reuters) - Belgium could order another lockdown to curb the spread of COVID-19 infections as early as next week, a spokesman said on Wednesday, as the country grapples with a new wave of the virus potentially as serious its first last spring.

Belgium’s more than 10,000 deaths mean the country of 11 million people already has among the world’s highest fatality rates per capita.

Like other Western European countries, it sharply curbed infections with a severe lockdown before the summer, only to see caseloads rise again sharply in recent weeks as children returned to school and the weather turned colder.

“Personally, I think it’s likely that we will have another lockdown at the end of the next week if the trends do not turn around between now and then,” Belgium’s COVID-19 spokesman, Yves van Laethem, told the LN24 TV news channel.

The government ordered bars and restaurants to close for a month from this week and imposed a night-time curfew.

Van Laethem did not say what additional restrictions a lockdown would entail, but pointed to sport and cultural activities as areas where measures could be tightened.

“It is very likely that certain areas will be closed down, even if not completely,” he said.

Belgium’s infection rate has risen to more than 800 per 100,000 for the past 14 days, placing it second only to the Czech Republic in Europe and at nearly double the rate in France, the European Centre for Disease Prevention and Control says.

Health Minister Frank Vandenbroucke said on Sunday the country was “close to a tsunami” of new infections, particularly in Brussels and the French-speaking Wallonia region.

Still, virologists point to some missteps and issues specific to the way the country is run. A country divided by language, Belgium gives regions substantial autonomy. It has nine health ministers, making it difficult to agree on measures.

Until early October it had been without a majority government for two years. Amid political bickering, some voices pushed for further opening, and a reshuffle of the national advisory council ousted some more cautious voices. (Reporting by Philip Blenkinsop, John Chalmers Editing by John Chalmers, Peter Graff and Marguerita Choy)