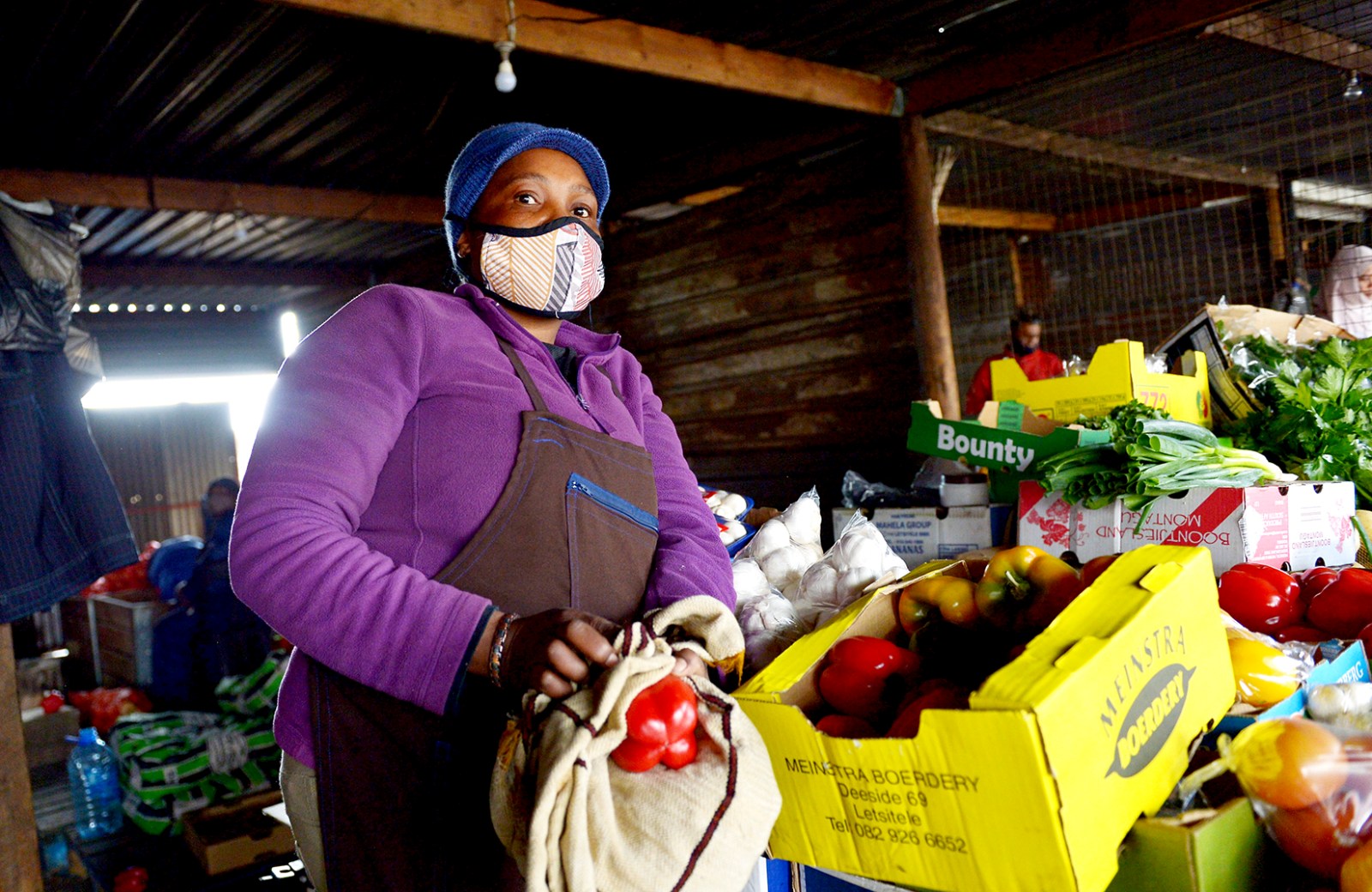 More than three million jobs were lost in April following the national lockdown. The hardest hit were women in the informal sector, who account for two million of those job losses.

On Wednesday, Women in Informal Employment: Globalising and Organising (WIEGO) and UN Women held a webinar on the effect of the Covid-19 pandemic on employment and job losses, with a particular focus on women and the informal sector.

Prominent workers’ leaders – Myrtle Witbooi (president of the International Domestic Workers Federation) and Rosheda Muller (president of the South African Informal Traders Alliance) – reflected on the impacts of Covid-19 and the nationwide lockdown on domestic workers and informal traders.

According to a NIDS-CRAM survey, three million jobs were lost in SA in April, following the start of the lockdown, and two million of those were lost by women.

“It is quite a significant, perhaps the most significant, impact on the post-apartheid South African labour market,” said Rogan.

“Women carried the cost of the pandemic,” said Rogan. He said the gender wage gap had increased from 30% to 52% between February and April.

Moyo said that as of July, 72% of workers had reported a drop in household income during the lockdown, most of whom were market traders and street vendors.

“Access to the market itself has been limited by frivolous rules imposed by the municipalities,” said an anonymous market vendor from Durban.

“If I had to describe in one word what Covid-19 did to us, it is ‘unprecedented’,” said Muller

Muller said that the voices of informal traders needed to be heard. “They provide for themselves, no matter how little, but then that was taken away. We merely became numbers on the unemployed list.”

Muller said that informal traders, “are there out of a need to survive and earn a living. It is a day-to-day business. Many of us do not even have bank accounts.

“On a day-to-day basis, we engage with some of our members across the country. Some of them have not returned. Some markets are still closed.”

Witbooi said that domestic workers were caught in a crossfire between their homes, their workplaces and their salary.

“When the lockdown started, thousands of domestic workers were sent home to the rural areas to stay home and wait for the employer to call them back,” said Witbooi.

Witbooi explained that many domestic workers were not registered for the Unemployment Insurance Fund Covid-19 Temporary Employer/Employee Relief Scheme (UIF Ters), while those who had access to the fund because their employers had applied for it received only “one or two months” of grants.

Kimathi said that women, particularly domestic workers, in households during the lockdown reported stress from lack of food or inability to sustain provision against high demand, overcrowding in the house due to an increase in family size, fear of contracting the virus, the inability to pay bills and for children’s education.

An anonymous street vendor said, “The biggest challenges for most street vendors are now economic related. The majority rely on grant money to restock goods and produce despite the fact that business is quite slow.”

Rogan said that the R500 caregivers’ allowance and R350 Covid-19 grant were estimated to have prevented more than five million people from falling below the food poverty line (those who are unable to afford food for themselves and their families). As of the end of July, only 32% of those receiving the Ters grant were women. Those receiving child support (predominantly women) are disqualified from the grant.

Given that the monthly cost of feeding a child a basic nutritious diet is R693, the current grant amounts are well below what is needed

“The extension of the Covid-19 grant is positive, but for gender parity, poverty alleviation and food security, the caregivers’ grant and top-ups to the pension need to be extended as well,” said Rogan.

The director-general of the Department of Women, Youth, and Persons with Disabilities, Mikateko Maluleke, said that women would “like to be independent and economic contributors”.

“Yes, we [the government] give grants, and as a government we make promises, but they do not materialise. This department has a huge mandate, but it is structured to fail. How do we come up with a strategy that will ensure somebody listens to us [women and informal workers] and no one is left behind during this economic recovery?” asked Maluleke.

Rogan said that urgent interventions were needed to help the informal sector recover, which, in turn, would be of benefit to the South African economy as a whole because the “informal economy is inextricably linked with the formal economy”.

“We must reform the unemployment insurance system so that informal workers, notably domestic workers, can access it,” said Rogan.

Moyo added that grants must be extended for a longer period as workers do not see themselves recovering for the next two to three years.

“After the start of the lockdown, I have witnessed how the South African economy has suffered. In particular, how women working in the informal sector have been hit. Covid-19 has reminded us of the harsh realities that many women and girls face on a global scale,” said Japan’s ambassador to South Africa, Norio Maruyama, who was in attendance. DM/MC