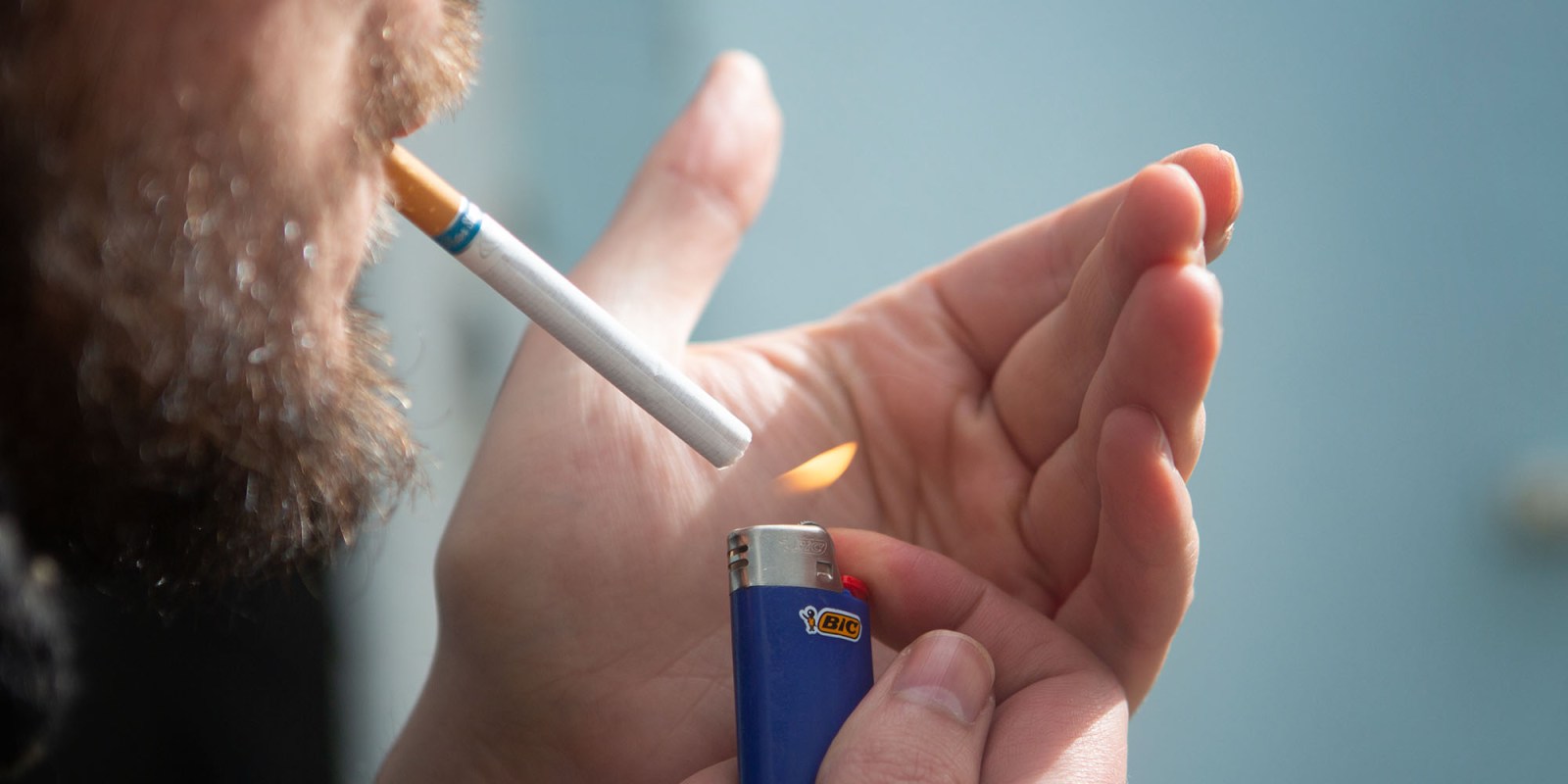 This year Minister Tito Mboweni increased the tobacco excise tax by less than R1 – R0.74c per pack of 20 cigarettes. This was lower than the 2019 increase of R1.14 and the 2018 increase of R1.22 per pack. (Photo: Gallo Images/Misha Jordaan)

The Covid-19 lockdown and temporary ban on tobacco sales have shown that smokers are prepared to pay very high prices for the product. The Medium-Term Budget Policy Statement gives Treasury a golden opportunity to substantially increase tax on tobacco products.

According to the Department of Finance, South Africa’s economy will contract by 7.2% this year, the largest contraction in over 80 years. As the country struggles to find additional revenue and plots a road to economic recovery post-Covid, Finance Minister Tito Mboweni should use an available source of revenue that the department has under-utilised for years: tobacco tax increases.

For the past 10 years the excise tax has barely increased with an average increase of 1% above inflation yearly. This year Minister Mboweni increased the tobacco excise tax by less than R1 – R0.74c per pack of 20 cigarettes. This was lower than the 2019 increase of R1.14 and the 2018 increase of R1.22 per pack. While the rand value of the tax increases continue to reduce each year, the burden on the healthcare system and the fiscus continues to rise with increasing numbers of smokers each year. These small and negligible tax increases do not make tobacco users reconsider their budgets and their smoking behaviour.

The reality is that with the current tax regime on tobacco and related products, taxpaying South Africans are subsidising the cost of tobacco use to the economy, whereas the tobacco companies rake in the profits. A 2020 study by researchers from the University of Cape Town found that tobacco use costs South Africa R42-billion in healthcare costs and days and lives lost as a result of tobacco-related illness. In the last tax year, 2019- 2020, the excise tax revenue collected by Treasury on all tobacco products was just above R12.5-billion, leaving taxpayers to carry a deficit of almost R40-billion.

A substantial tax increase would also boost revenues for Treasury during this time of multiple demands on the state’s resources. Tobacco taxes are a legitimate tax, but they are too low given the high number of 8.5 million smokers in the country and the high health burden that the country carries as a result of smoking behaviour.

The Covid-19 lockdown and temporary ban on tobacco sales has shown that smokers are prepared to pay very high prices for the product, even when there are several high increases in a short space of time. The ban was in place from 27 March to 18 August 2020, a period of 144 days, and illicit cigarettes were on sale for most of this period.

Smokers’ purchasing behaviour during this period shows that there is ample room for the Department of Finance to significantly increase taxes on tobacco products, which is one of the best ways to reduce smoking prevalence and number of cigarettes smoked. The Research Unit on the Economics of Excisable Products (REEP) conducted two studies during the lockdown period. The second REEP study which looked at cigarette purchases during the period 4 to 19 June 2020 found that illicit cigarette prices went up by 250% compared to pre-lockdown prices. Prices increased from a legal average price of R33 per pack of 20 to an illicit lockdown price of R114 for the same pack of cigarettes. Other respondents in the survey reported prices as high as R300 per pack of 20 cigarettes.

The first REEP study “Lighting Up the Illicit Market: Smoker’s Responses to the Cigarette Sales Ban In South Africa” conducted between 29 April and 11 May 2020, found that 16% of smokers in South Africa stopped smoking. The second REEP study went further to find that the single most important reason for wanting to stop smoking among the second study’s respondents was the high price of cigarettes.

This recommendation to Treasury to use the lockdown experience and knowledge learned from smokers’ behaviour during lockdown is presented within this context. Since 2008, cigarette and other related tobacco products have continued to become more affordable as the real price increases were negligible. Tobacco products are only taxed an excise tax of 41.4%, and when the 15% VAT is added to it, the tax sits at 56% and this is substantially below the World Health Organisation (WHO) recommendation that tobacco taxes be 75% of the retail price.

The World Bank recognises that “raising tobacco taxes to make these deadly products unaffordable is the most cost-effective measure to reduce tobacco use and improve health outcomes for individuals and communities”. Presenting at the Standing Committee on Finance recently, the National Treasury was right to reject pleas for a freeze on cigarette excise duty increases. The Treasury says “excise tax increases are a proven and effective tool, both in terms of cost and population-level effects, to make cigarettes and other tobacco products less affordable and reduce consumption”.

Tax increases that match the price of cigarettes sold on the illicit market during lockdown Levels 1-3 will contribute to a reduction in tobacco consumption, reduce the demand on the public healthcare system and make the proposed National Health Insurance system more affordable for the country. This will free up more resources for other development needs like water and electricity provision, housing and the basic income grant, all of which will contribute to better protection from Covid-19 for the population.

A substantial tax increase would also boost revenues for Treasury during this time of multiple demands on the state’s resources. Tobacco taxes are a legitimate tax, but they are too low given the high number of 8.5 million smokers in the country and the high health burden that the country carries as a result of smoking behaviour. It is up to the Department of Finance to act now to protect the health of the nation and increase the price of tobacco products by at least 100% to both respond to this price elasticity, and to bring the country closer in line with the WHO recommendation. DM

Dr Savera Kalideen is Executive Director of the National Council Against Smoking, (NCAS) and Dr Sharon Nyatsanza is Project and Communications Manager of NCAS.