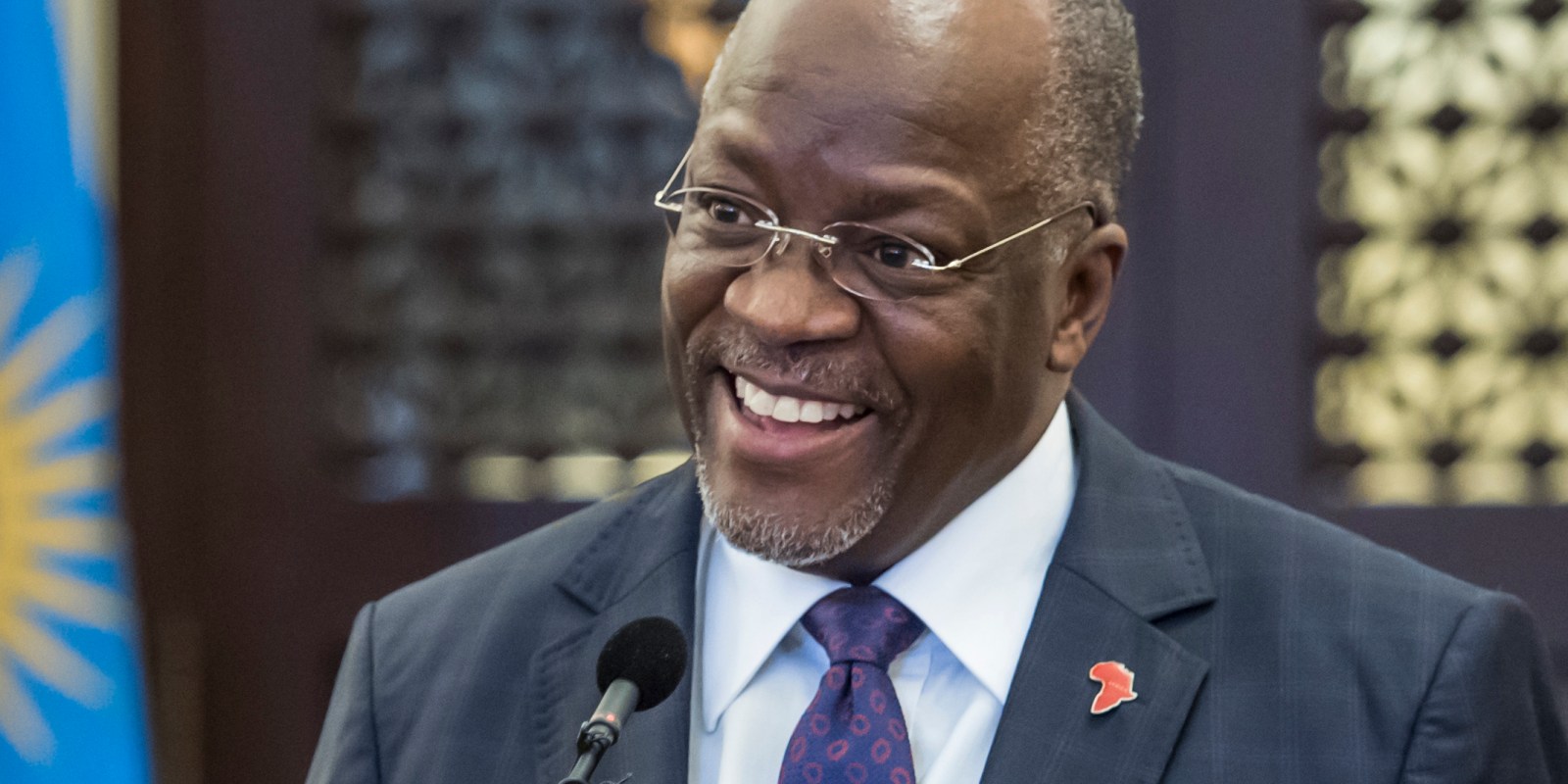 The electoral commission and the state apparatus in Tanzania have prevented a level playing field ahead of next week’s polls.

With the 28 October election around the corner, Tanzania’s opposition has mounted a spirited campaign despite numerous impediments and attempts to discredit them.

Their decision to rally behind one candidate, Chadema’s Tundu Lissu, has fuelled his campaign and increased his chances of clinching the presidency. At the same time, the ruling Chama Cha Mapinduzi’s (CCM) use of the state apparatus to disrupt the opposition continues unabated.

President John Magufuli’s promise of a free and fair election is being tested, with the electoral field remaining uneven. While CCM loyalists praise Magufuli for keeping his promise, the opposition has a different perspective. The pre-election environment might have been relatively violence-free, but the fairness of the whole electoral process is a different matter.

Magufuli’s ascension to the presidency has seen an accelerated decline of Tanzania’s democracy. The political environment is filled with fear and people are reluctant to exercise their rights since the passing of several new restrictive laws such as the amendment of the Political Parties Act, the Cybercrime Act and the Media Service Act.

And while the state media presents a smokescreen of free and fair election preparations, subtle forms of intimidation and violence – such as blocking opposition motorcades en route to rallies – are being used to frustrate campaign efforts by the opposition.

Nearly 30% of Chadema councillors were disqualified when they presented their credentials in August. While some were eventually returned, the process was opaque and fraught with irregularities. The past few months have seen a long list of abductions, acts of violence and suppression of freedom of expression – most documented but unresolved.

The average Tanzanian hasn’t seen improvements in their daily lives and household economies during Magufuli’s tenure. Despite rampant inflation and the rising price of basic goods and services, civil servants’ salaries have not increased since 2016. This largely untold story is hard to believe against the backdrop of the World Bank’s declaration that Tanzania is a middle-income country.

Using the draconian Statistics Act, the state has clamped down on any fact-telling by journalists and researchers relating to the economy, election or even Covid-19. Anything that goes against the current president’s declarations is disallowed.

A telling case was the June suspension of Fatma Karume’s law licence. A high court judge found that Karume – the daughter of retired Zanzibar president Amani Abeid Karume – launched a “rude” and “inappropriate” petition challenging the appointment of Adelardus Kilangi, a well-known CCM member, as attorney-general. Karume was disbarred in September and her name was struck from the advocates roll by the Tanganyika Law Society.

All this inhibits the free flow of information, which is vital to ensuring that citizens are well informed ahead of the 28 October poll. Meanwhile, Magufuli continues to declare that Tanzania is a democracy that runs free and fair elections, and is free of Covid-19.

The partial application of rules by the National Electoral Commission is targeted and is preventing opposition forces from gaining momentum ahead of the elections. Lissu has faced numerous hurdles in his campaign since returning to Tanzania. Recently he was slapped with a seven-day suspension from holding political rallies, without a hearing or a chance to state his case before the commission.

He noted the political violence and repression of opposition candidates, restrictions on independent media, lack of autonomy and transparency by electoral officials, and government authorities’ interference. This, Risch said, reflected Tanzania’s history of flawed elections and the country’s democratic erosion over the past five years.

The National Electoral Commission is not an impartial actor in the process, as pointed out by ACT-Wazalendo chairperson Seif Sharif Hamad: “The current setup of the electoral commission does not guarantee free polls, as it favours the ruling party since the chairman and some other officials are appointed by the president, who is the ruling party leader.”

Opposition parties have consistently called for an independent monitor to oversee the elections, warning that they won’t be free otherwise.

The upcoming elections will, it seems, be another disheartening exercise lacking the credibility needed to develop a strong democracy. Tanzania is not alone among African countries whose electoral processes are a sham.

Despite this, neither the Southern African Development Community nor the African Union have done enough to restore the democratic deficit on the continent. DM