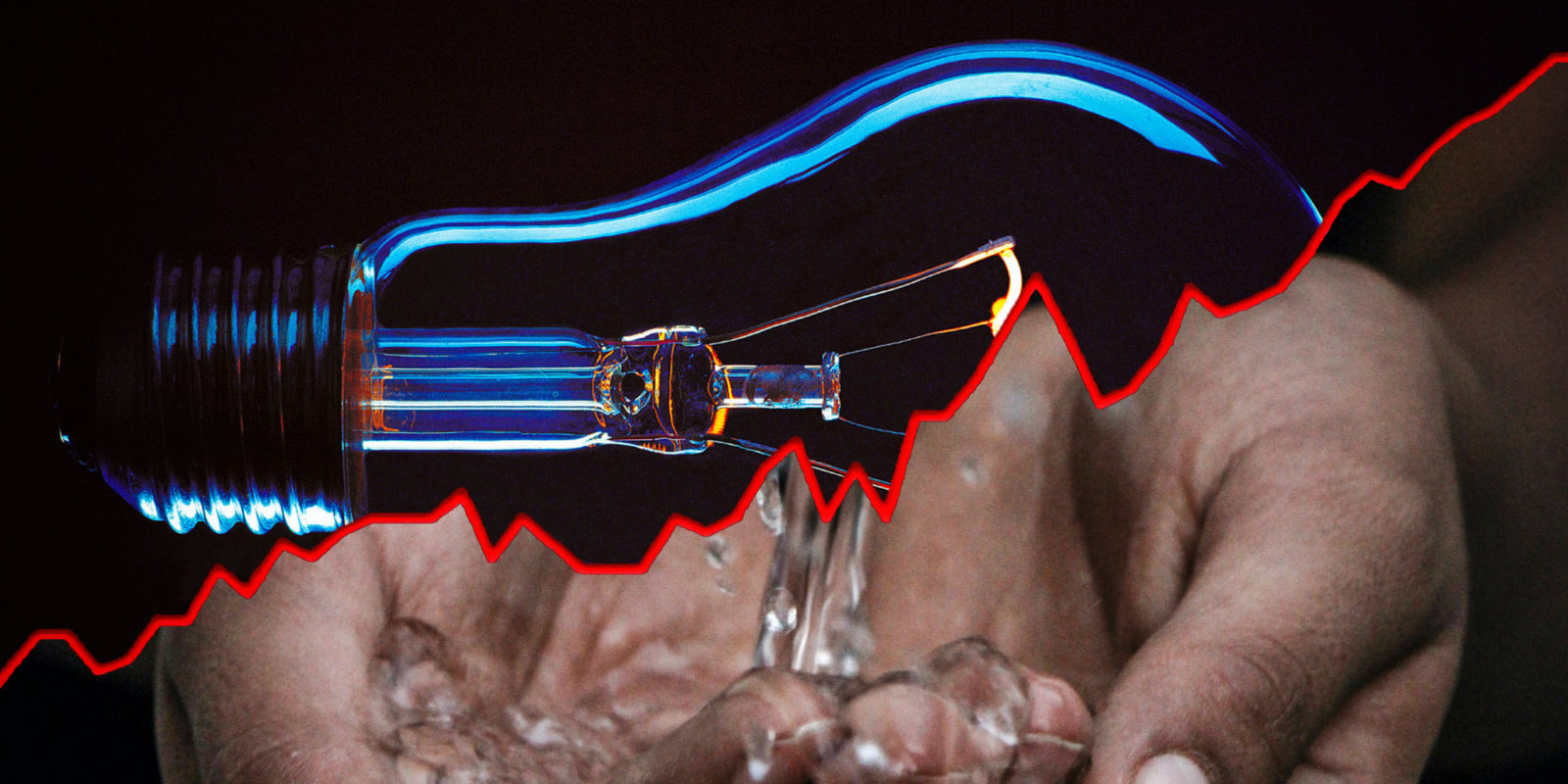 The sky-high cost of electricity, water, rates and taxes drives inflation and can stamp out green shoots of economic recovery, suggests research by the SA Reserve Bank.

In the past decade, electricity and water costs in South Africa have shot up so high that they are now the biggest inflation drivers, according to the SA Reserve Bank.

South Africa’s interest rates are at an all-time low and the stimulus this provides can boost demand. There is space to bring rates even further down to lower the costs of borrowing, but as this chart shows, administered prices (the term used to describe utility and other tariffs) are now so high that they can cause inflation. 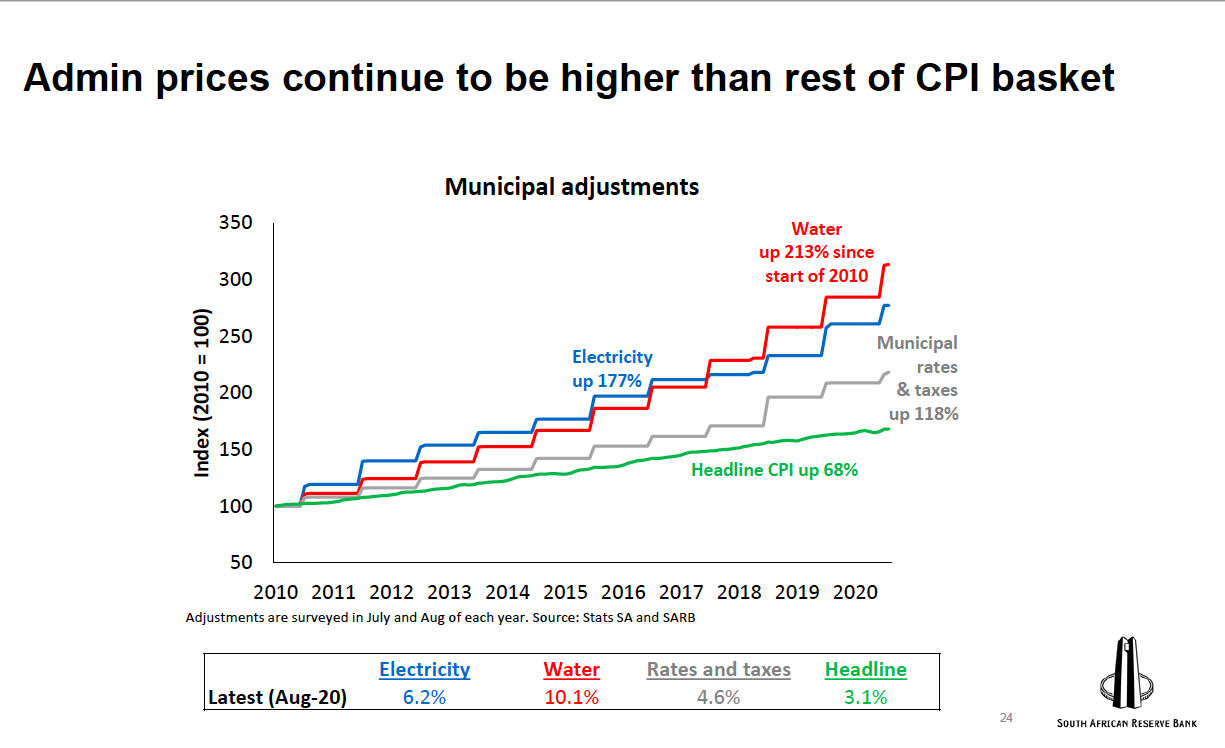 What the SARB research reveals is that these prices have escalated significantly beyond their costs over the decade. At Eskom, this is the price of State Capture (although the utility company says its prices are still low and that municipalities are to blame).

At local government level, these costs reveal the likely underfunding (and overstaffing) of the third tier of government. Councils are loading paying consumers with extremely high costs. 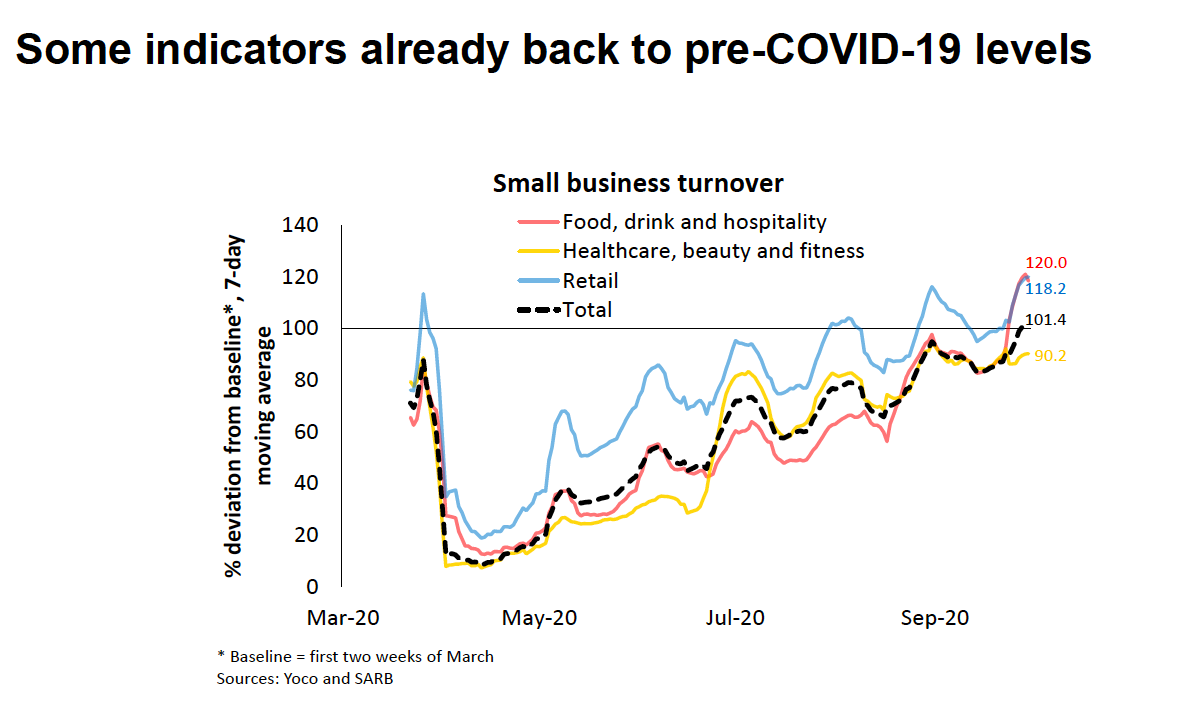 This chart should offer some relief to both the economy and the reader. It shows that some parts of retail are up beyond the 2019 baseline. Food, drink and hospitality has benefitted from pent-up demand and grew significantly by September 2020, while retail also bounced back.

The healthcare, beauty and fitness sectors lagged slightly behind because gyms, beauty and hair salons were still subject to tight Covid-19 regulations at the time of measurement. 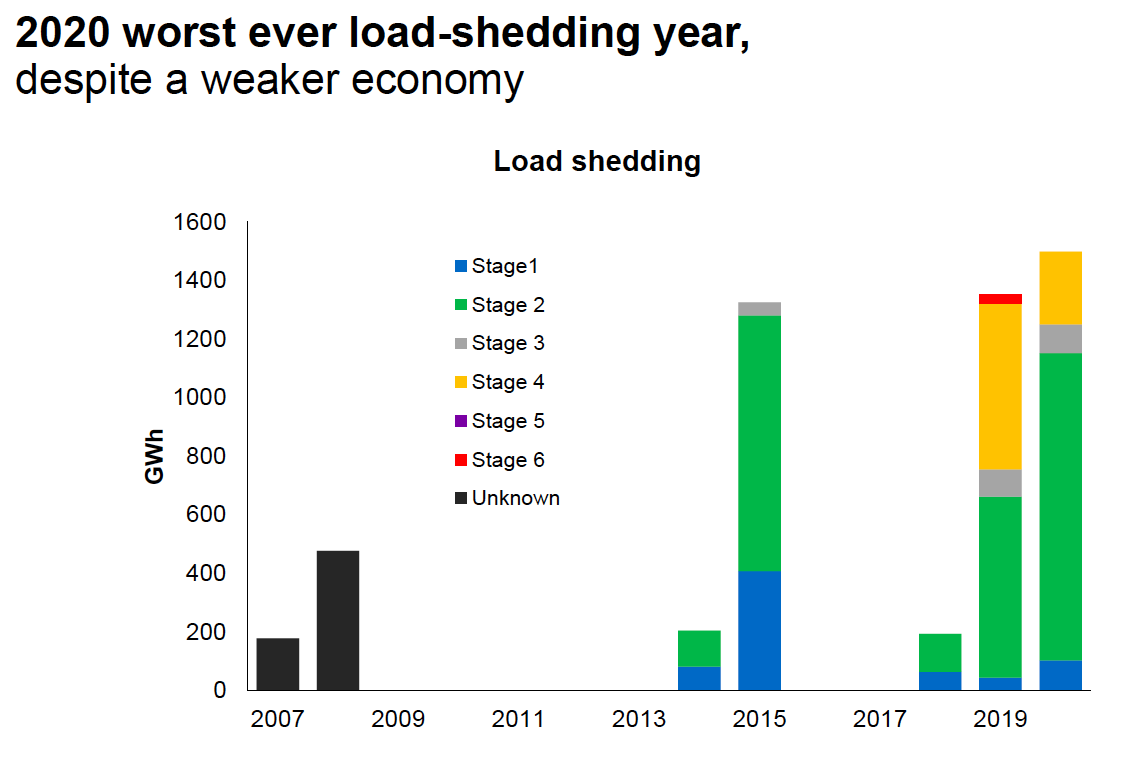 This chart from the SARB reveals that even as electricity prices shot up to their highest ever, stability of supply was its worst in 2020. The economy has been weak and demand low, which translates into lower demand for electricity from businesses.

What do the numbers mean for you?

The galloping costs of electricity and water (and the charges added to the wholesale costs), suggest that you will be paying more for utilities.  Own generation of electricity at municipal level is likely to be used as additional revenue generation, with municipalities unlikely to pass on savings to consumers, although that is the stated purpose of the integrated resource plan passed by Cabinet in 2019.

This is because local government is allocated too little in the system of inter-government finances, with provinces getting the lion’s share of spending.

Most readers who contacted Daily Maverick are using less electricity (by using gas or turning off geysers and other systems that use a lot of power) but few are able to install solar as it is still prohibitively expensive for most South Africans. Also, Eskom has ended a subsidy for consumers who install solar. DM