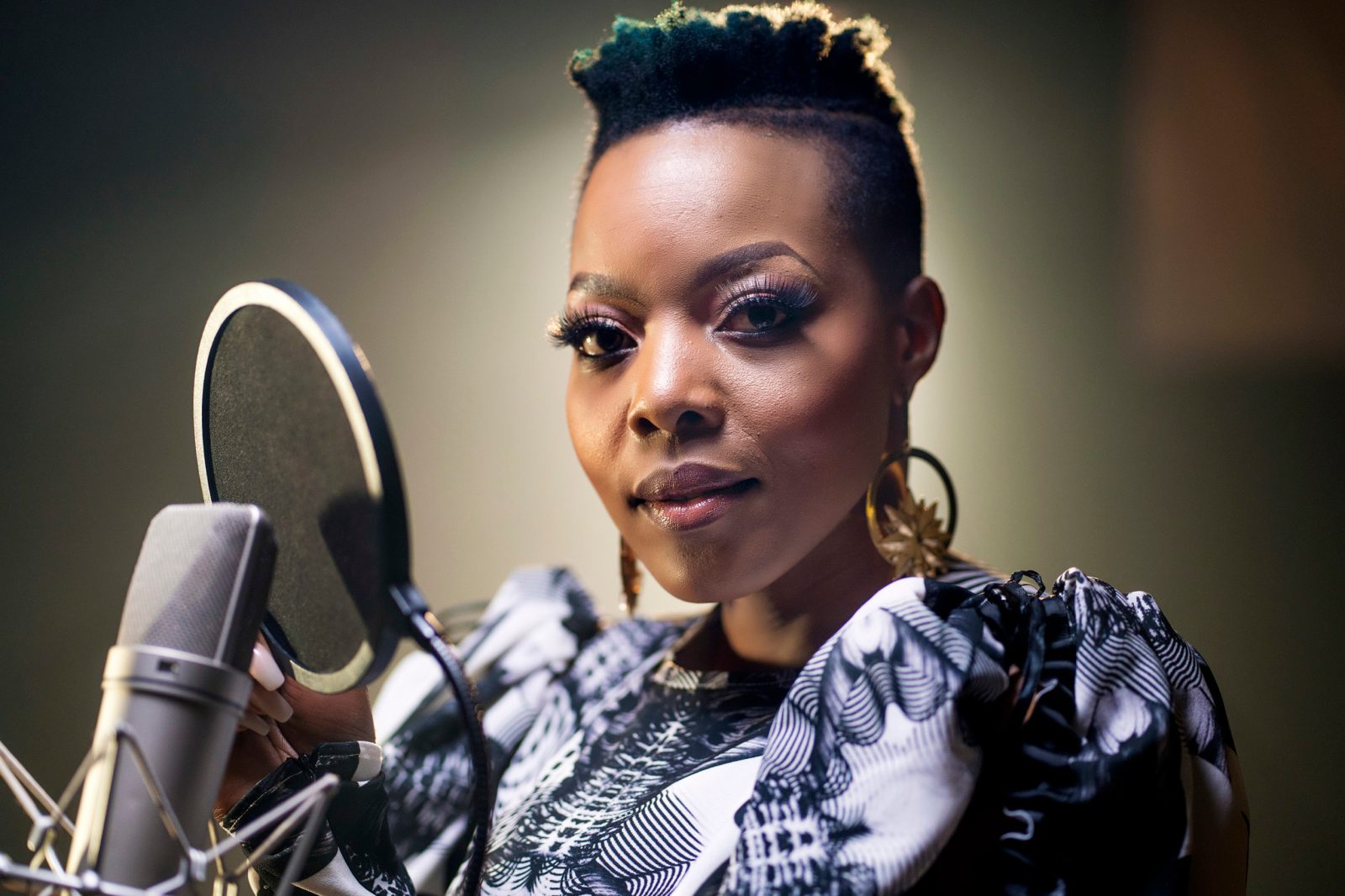 Undated: Nomcebo Zikode, whose collaboration with Master KG on the hit song Jerusalema has shattered records. Most recently, it has become the world’s most identified song on the music app Shazam. (Photographs by Open Mic Productions)

Following the global smash hit Jerusalema, the chart-topper is riding high on the success of her latest album. She talks about how her spiritual lyrics resonate with millions.

It’s been a bittersweet year for hit-maker Nomcebo Zikode, who says, “In some ways 2020 wasn’t a beautiful year for me because there were so many people lost to Covid-19, not to me personally but we saw a great deal of suffering, especially in South Africa. But on a personal side it was also difficult because, as an artist, I was unable to tour this year because of the lockdown around the world, and this would have been a year in which I would have travelled the world and seen different places. But also at the same time, this year has been incredible because it has opened doors for me that I didn’t even know existed. The world is loving Jerusalema, and I’m so thankful for that.”

Among its many successes, her collaboration with Master KG shattered records, including becoming the most Shazamed song in the world, while once again returning to the top of local radio playlists a year after its release.

Of the many accolades that have come out as a result of Jerusalema’s success, Zikode says being appointed an arts ambassador by the Department of Sport, Arts and Culture is her greatest achievement. “There are many people who have recorded very successful songs but have never been appointed an ambassador for the country. That’s something I could have never imagined. Also, my name is known and recognised around the world, which is such a great honour. This year has been great for elevating my name, and I am so grateful. The future looks very bright, and I am excited to be able to travel the world and take my music to places like Belgium, Pakistan, London, Nigeria and the USA.”

In addition to Jerusalema’s unprecedented success, Zikode is also enjoying the outpouring of support for her new nine-track album, Xola Moya Wami, which was released on 21 August 2020. The eponymous lead single, which brings her and Master KG together again, went gold within a matter of weeks and remains one of the biggest songs in the country, second only to Jerusalema for radio play. “People are loving the album and sharing it on social media. The official audio for Xola Moya Wami was released on YouTube on 20 August and is already sitting with over 2.5 million views,” Zikode says.

Xola Moya Wami, which means “be at peace or rest, my spirit”, is a catchy dance song. The lyrics tell the story of someone with a hard life whose spirit still wants to do good. South Africans, and now the world, love Zikode’s music for its combination of house beats and gospel-inspired vocals. “I’m Portuguese,” writes one of the song’s many YouTube commentators, “I don’t understand [a] word she is saying but since I heard her in Jerusalema I fell in love with her voice and her music … It has power I can’t explain … listening to her is a blessing … Her voice is magical.”

Before Jerusalema – which, at the time of writing, had over 170 million views on its official music video on YouTube – and Xola Moya Wami, Zikode had success with DJ Ganyani on their hit Emazulwini, another infectious dance song with religious lyrics. Zikode sings: “Baba wethu osemazulwini maliphakanyiswe igama lakho. Umbuso wakho mawufike, intando yakho mayenziwe. [Father in heaven, may your name be celebrated. May your reign arrive on earth and may your will be done.]”

Similarly, Jerusalema is a song about being led to the holy land of Jerusalem. Zikode says she thinks the spiritual orientation of the lyrics is what made it resonate so deeply with people around the world, especially in this difficult year.

“I think people loved Jerusalema because the song talks about going home, going to the place where you belong and are safe, which is better than earth,” says Zikode, who adds that the inspiring message has transcended racial, religious and language barriers.

Although Zikode is not new to commercial success, Jerusalema is by far her biggest hit. “Jerusalema has been more than my biggest dreams. Now when I’m walking down the street people recognise me, people recognise me overseas. Sometimes we will get calls from people wanting to book myself and Master KG and it will be someone from a country I have never heard of, and they can’t speak English and I can’t speak their language, but they are delighted to be talking to me and they will sing Jerusalema back to me. Recently, I got a call from an Indian pastor in Cape Town who told me that the song is bringing people together because I am an angel sent by God to spread hope. He also said that the congregation is praying for me. That’s just amazing.”

The Hammarsdale-born singer says growing up in KwaZulu-Natal she always had an interest in the arts. “I loved entertainment, and I wanted to see myself on TV, so I was the child [who] was always performing, singing around the house and the neighbourhood.”

After moving to Johannesburg in the early 2000s, she got her break into the music business as a backing singer for gospel royalty such as Lundi, Deborah Fraser and Sfiso Ncwane. “I actually wanted to do Afro-pop, which was very popular at the time, but I was also happy doing gospel work because I’ve always loved singing about God. Probably around 80% of the songs I write are about God,” she says. Later, she got her chance to work in Afro-pop when she did backing vocals for Zahara and Mafikozolo’s Nhlanhla Nciza. Soon, she was working with house DJs.

Although she writes music inspired by gospel, Zikode is reluctant to call herself a gospel artist. “Every time someone said I did gospel, I would say I wasn’t a gospel artist because the music I did didn’t sound like ‘traditional’ gospel. I guess I was afraid that people wouldn’t approve of that.”