And garlic in everything

And garlic in everything 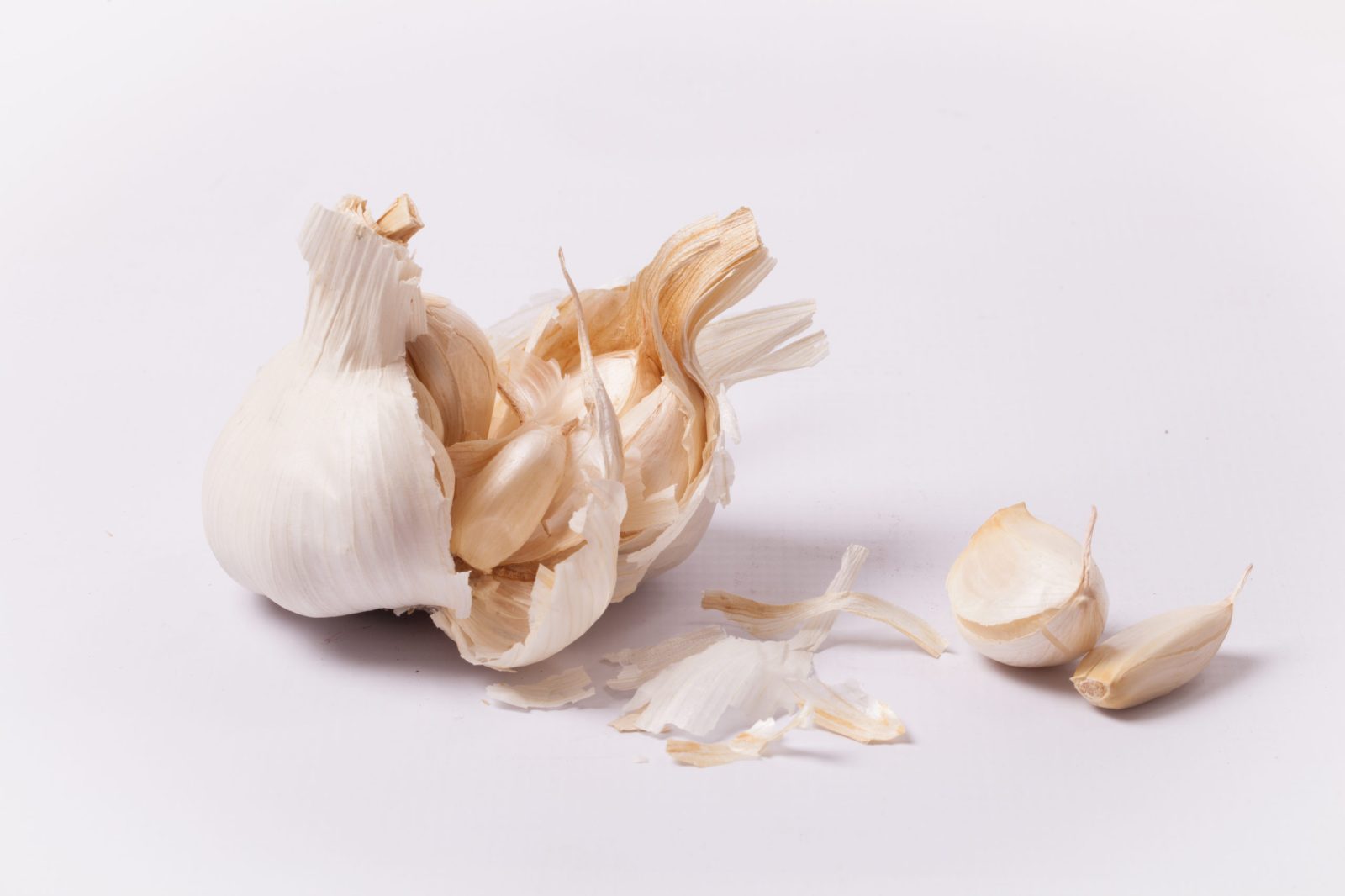 What is food, life and living without garlic? Without it, the world and most of its cuisines wouldn’t be the same.

But, ahhhhh… roasted garlic. Now is that not a thing of joy and wonder? Even a roasted onion doesn’t come close. This little bulb that goes into the oven, in its natural casing, with no additional flavourings, no aromatics, no enhancements of any kind, comes out more delicious than almost anything under the sun. Its flavour is hardly any less arresting than the intensely bewitching deliciousness of a Périgord black truffle; and once you’ve tasted that for the first time (and yes, truffle ice cream is a wondrous thing) your palate will find it hard to find anything quite good enough any more.

Garlic, perfectly roasted in its husks, becomes a juicy little sauce that you can simply suck out of the husk if you want to; but squeeze it into a sauce, or a marinade, or into melted butter, or stir it into warmed olive oil steeped in finely chopped herbs, or, yes, stir it into your great granny’s recipe for good old-fashioned vanilla ice cream, and now you’re talking flavour that can stand up even to that haughty truffle up there on its culinary pedestal.

Garlic. What would I do without garlic in my kitchen … along with lemons, salt and pepper, it’s my staple of staples. Perhaps I should have been born Greek. Or Moroccan. Or, or, or…. Many of the world’s best cuisines celebrate garlic like few other ingredients: Chinese, French, Korean, Lebanese, Portuguese, and Italian of course.

C Louis Leipoldt wrote that early Cape cooks – by which he meant immigrants who worked as cooks in the kitchens of the Dutch – used garlic more sparingly than their Oriental antecedents and used it with plenty of spice. Those cooks also, he wrote, made much use of Tulbaghia, the wild garlic (more like a chive) that grows extensively in many parts of South Africa including my part of he Eastern Cape Midlands. There are some in my garden. The leaves, chopped, scattered over a salad, give a pleasing garlic punch, and the little lilac flowers have a delightful tender crunch and a good garlicky bite.

Leipoldt’s recipe for an old Cape garlic soup begins by braising sliced onions in butter “with a clove of bruised garlic and a small bit of onion leaf”. Subtle, right? Then: “Add 24 cloves and as many black peppercorns.” Yes, he means garlic cloves. Not so subtle, then.

Next, he says, mix a teaspoon of “good curry powder” with half a cup of tamarind water, stir this into the braise, and then add 10 cups of stock or coconut milk. Once it’s boiling, he’d add “a pound of ripe tomatoes [there was no such thing as a tin of them] peeled and cut into quarters, a bay leaf and a lemon leaf, and salt to taste”. Once simmered it would be passed through a fine sieve and “served with fried bread”.

This is followed by Leipoldt’s recipe for blood soup, but that’s another story altogether. Or, try my own way with a lamb shank or my slow-cooked leg of lamb.

Garlic. Celebrated then, adored just as much now, by most of us at least. As for the one line that garlic-shy types like to trot out when asked why they don’t eat garlic, “Because it makes your breath smell…” Well… not if everyone eats it. ML/TGIFood