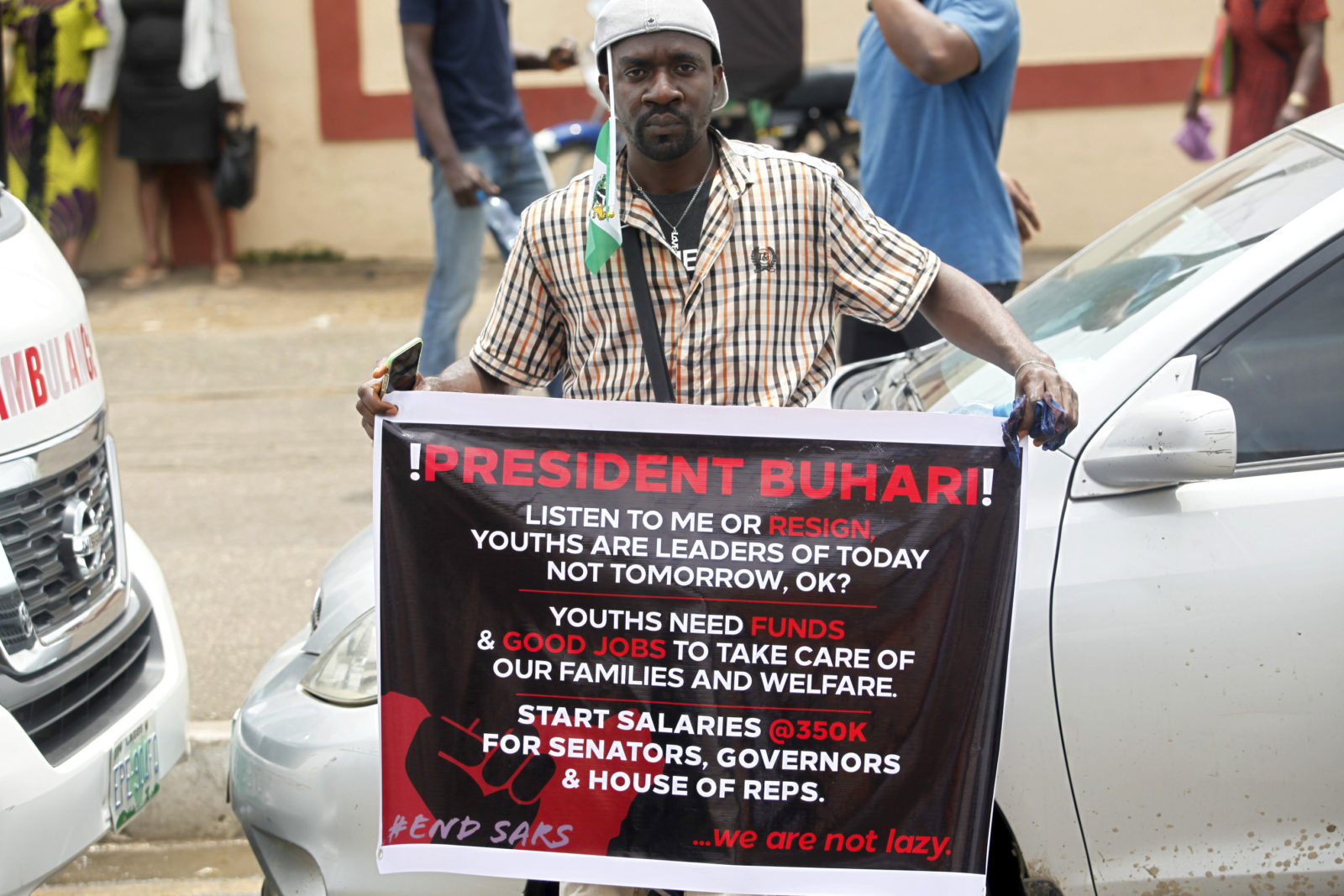 epa08758038 A protester holds a banner during a protest against the Nigeria rogue police, otherwise know as Special Anti-Robbery Squad (SARS), in Ikeja district of Lagos, Nigeria, 19 October 2020. It has been two weeks since a protest against SARS began and Protesters say agitation against police brutality continues as an entry point to addressing other social and political issues such as corruption, official ineptitude to public accountability, and government inefficiency in Nigeria. EPA-EFE/AKINTUNDE AKINLEYE

Governor Babajide Sanwo-Olu said the curfew would affect all parts of the state, including Lagos, Africa’s largest city and a business hub, and only essential workers were exempted.

“I have watched with shock how what began as a peaceful #EndSARS protest has degenerated into a monster that is threatening the well-being of our society,” the governor said.

Thousands of Nigerians calling for an end to alleged brutality and for law enforcement reforms have taken to the streets every day for more than a week across the country, posing a challenge to President Muhammadu Buhari.

Protests have continued despite the dissolution of the Special Anti-Robbery Squad (SARS) on Oct. 11 following accusations of human rights abuses by the unit.

The southern state of Edo on Monday imposed a similar curfew after a jail break by prisoners during anti-police protests.

Early on in the protests, police opened fire on protesters in the Surulere area of Lagos and some other places. Armed gangs have also attacked protesters in Lagos and the capital Abuja. (Reporting by Alexis Akwagyiram and Libby George Writing by Chijioke Ohuocha Editing by Angus MacSwan)