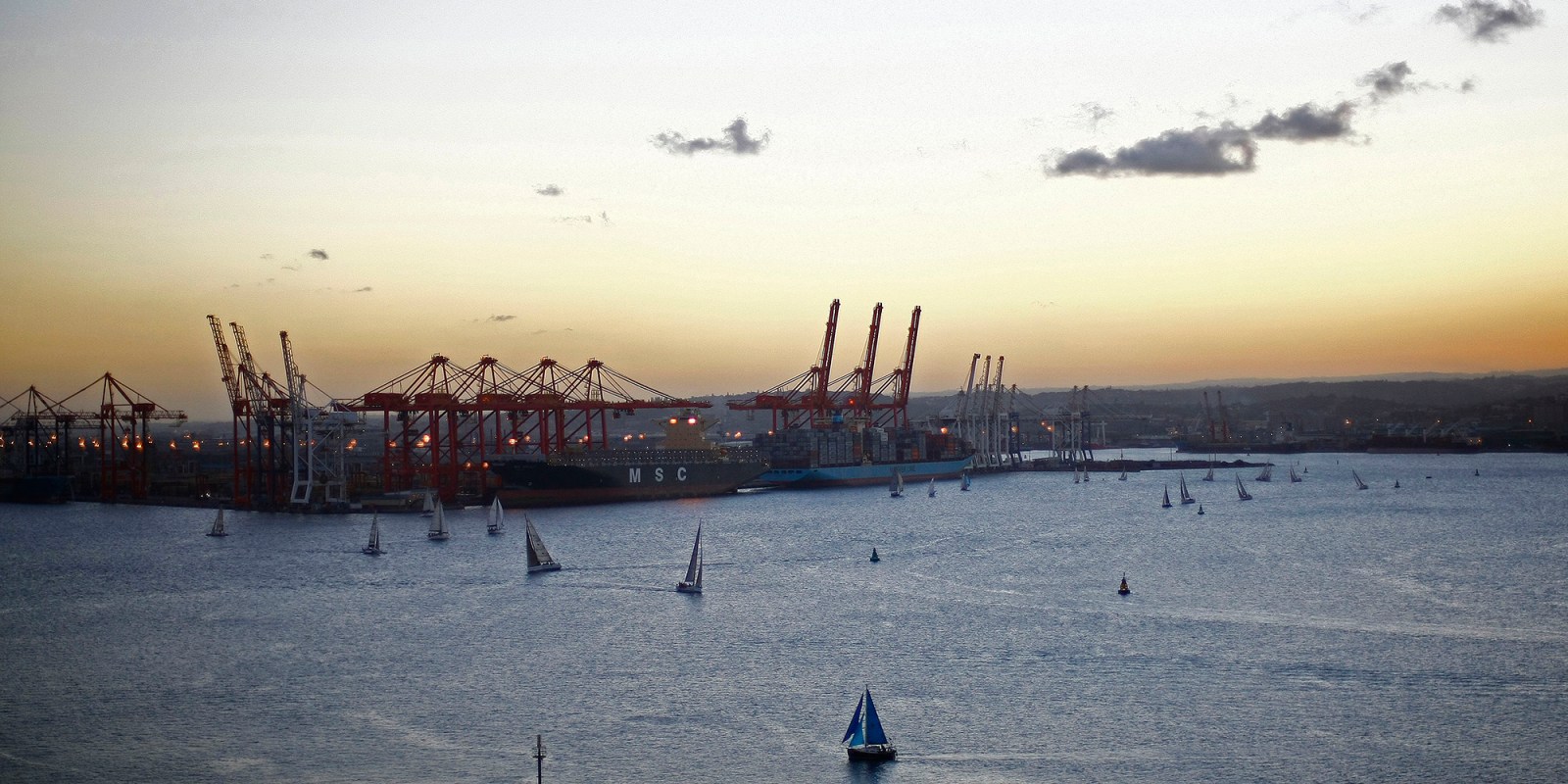 Yachts sail through Durban Harbour at the Port of Durban. (Photo: Kevin Sutherland/Bloomberg via Getty Images)

South Africa’s borders are open, but if the confusion over the arrival of international yachts is anything to go by, travellers are still regarded with suspicion.

About 30 international yachts headed for Richards Bay and Durban are about to receive an unpleasant surprise. The South African government will not clear them for entry.

They have travelled from Reunion, Seychelles and Tanzania – countries that are not on South Africa’s list of high-risk countries – and will have been at sea in the Indian Ocean for 15 to 20 days before presenting themselves at Richards Bay or other ports. This is longer than the average quarantine.

The yachts, or cruisers in maritime parlance, have been arriving since 1 October. After initially denying them entry, South African officials have granted one person per boat permission to disembark, refuel and reprovision. Beyond that, they may not enter the country. And only essential maintenance is permitted.

While it is clearly impossible to present a PCR  (polymerase chain reaction) test that is not older than 72 hours from the time of departure from the country of origin to South Africa, these vessels can present proof of their port of disembarkation, including the time stamp.

The crew on the vessels that have arrived have all taken the required Covid test and tested negative.

When contacted for comment, Stephen van Neel, the director of Ports of Entry at the Department of Home Affairs, said that the rules governing the entry of maritime vessels into South Africa can be found in the latest Government Gazette.

Actually, the latest rule regarding maritime travel is government notice 496, issued by the Department of Transport on 4 May 2020. It clearly states that no cruise liners may enter South African ports, while passenger vessels may enter SA ports only to replenish fuel, stores and provisions. It further states that crew may disembark subject to Covid-19 regulations.

Unfortunately, the government notice, which was issued during the hard lockdown, makes no reference to yachts, and this is clearly where the confusion arises.

A number of directives have been issued in recent weeks, including a yacht procedures notice on Monday 19 October, instructing yachts to email the port authorities a variety of documents 40 hours before arrival – something that is not always easy to do.

Gavin Kraut, an attorney specialising in immigration, has been retained by, among others, the New Zealand embassy to help to resolve the issue. “We have had several meetings with different officials. It’s confusing and no one seems to know where the responsibility for resolving this lies.”

However, he says, there is considerable pressure being applied on senior officials to resolve the impasse and he is optimistic that it is just a matter of time.

“I have pursued the government since May this year trying to get clarity on this issue, with very little success,” says Pete Sherlock, who represents cruising (sailing) on the General Committee at the Royal Cape Yacht Club.

He has no commercial interest in supporting the cruisers but says that at the start of lockdown, he was asked by various cruising organisations around the world to facilitate a safe ports initiative in South Africa for circumnavigating cruising yachts.

“What is completely nonsensical is that these cruisers are being denied entry when they are clearly exceptionally low risk and want to add positively to our economy. In addition, there are many South Africans who rely on them financially.”

Typically, 200 to 250 yachts traverse the SA coastline to escape the west Indian Ocean cyclone season from mid-November to April. This number increases in years when big world events like the Oyster Rally or Atlantic Rally take place.

In addition, other events like the Cape to Rio, Vendée Globe, Volvo Ocean Race and Clipper Round the World Yacht Race drive yachts past SA’s coast – making yachting big business for this country’s small ports.

“For many of the cruising yachts, coming via South Africa is a matter of survival as well as insurance as they are not insured if they remain in the cyclone belt,” Sherlock says. “These vessels choose not to head around Africa via the Suez Canal because of the very real threat of piracy.”

Whilst transitioning around South Africa’s coast the travellers spend a meaningful amount of money in the country. In Cape Town alone they spend about R35-million annually, says Sherwood. This includes maintenance, repairs and provisioning, and excludes tourism and travel.

“In one instance a family wanted to go on a trip into the bush, costing at least R60,000, while another yacht in port at present needs work done on its sails, at an estimated cost of R150,000,” says Jenny Crickmore Thompson.

Crickmore Thompson and husband John Franklin, both long-term international cruisers and active members of the Ocean Cruising Club, have been assisting boats crossing the Indian Ocean and welcoming them to South Africa for the last six years.

She too remains positive that the situation will be remedied soon. “We had a constructive meeting over the weekend with at least 12 officials from Home Affairs, Immigration, and Health, among others. I believe they are aware of this situation.”

While it seems the issue will be resolved imminently, unfortunately, it will not be in time to prevent South Africa’s reputation being tarnished among the global ocean sailing community, which has been discussing the issue on social media over the last two weeks. DM/BM