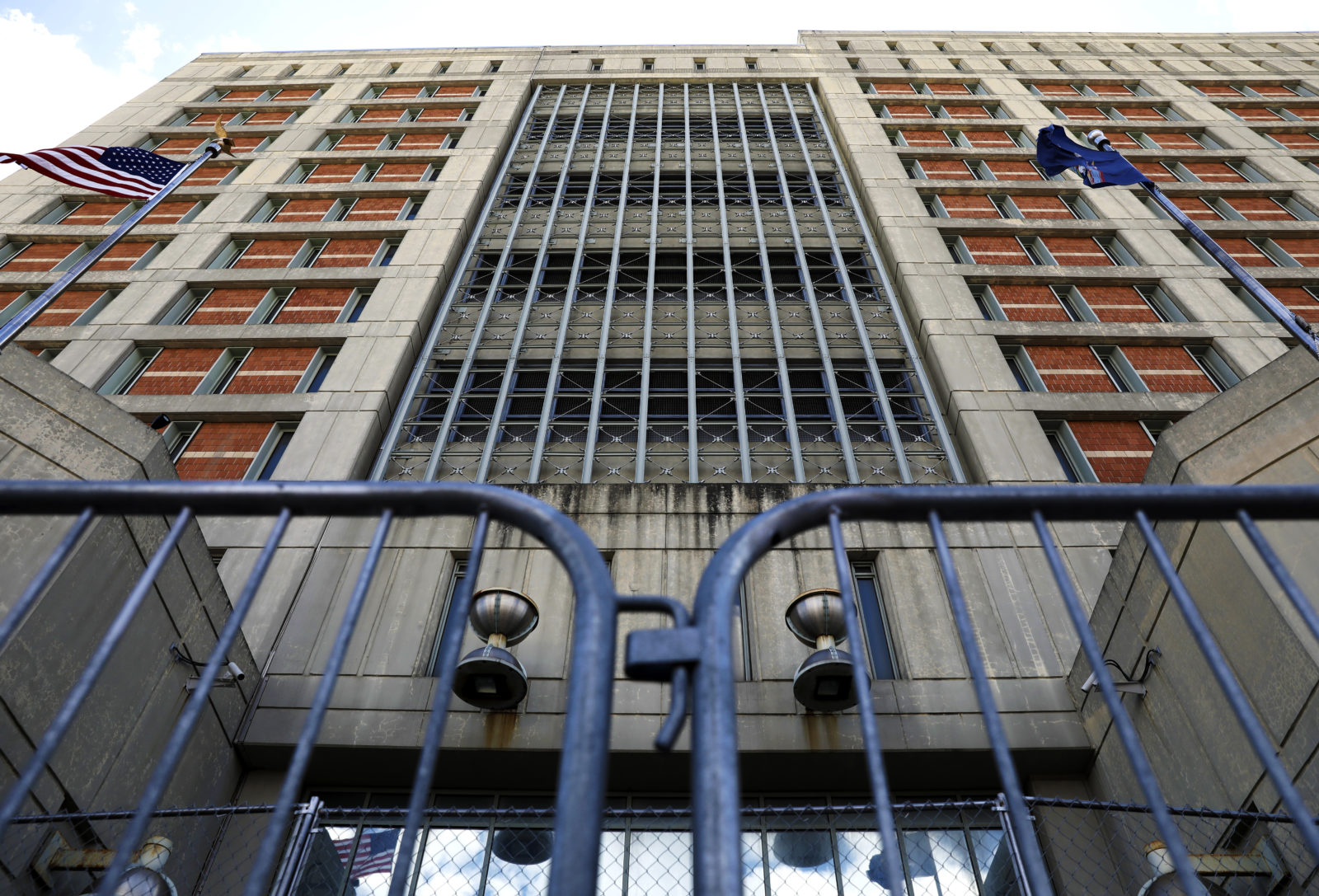 epa08546198 The Metropolitan Detention Center where Ghislaine Maxwell is being held awaiting the outcome of her bail hearing, in Brooklyn, New York, USA, 14 July 2020. British socialite Ghislaine Maxwell was an association of financier and convicted sex offender Jeffrey Epstein and who has been charged with enticement of minors and sex trafficking of children. EPA-EFE/Peter Foley

NEW YORK, Oct 19 (Reuters) - A U.S. appeals court on Monday dealt Ghislaine Maxwell a blow by refusing to block the release of a deposition she gave concerning her relationship with the late financier and registered sex offender Jeffrey Epstein.

The 2nd U.S. Circuit Court of Appeals in Manhattan said there was a presumption the public had a right to see Maxwell’s 418-page deposition, which was taken in April 2016 for a now-settled civil defamation lawsuit against her.

In an unsigned order, the court also said U.S. District Judge Loretta Preska in Manhattan did not abuse her discretion in rejecting Maxwell’s “meritless arguments” that her interests superseded that presumption.

Lawyers for Maxwell did not immediately respond to requests for comment, including whether they plan a further appeal.

The order upheld Preska’s decision in July to release the deposition and hundreds of other documents from the 2015 defamation lawsuit by Virginia Giuffre, one of Epstein’s accusers.

That case was settled in 2017, and many of the documents have been made public.

But Maxwell’s lawyers said bad publicity from disclosing “intimate, sensitive, and personal details” from the deposition could undermine her ability to defend against criminal charges that she enabled Epstein’s sexual abuses.

They said the British socialite thought her deposition would remain confidential, and that releasing it would violate her constitutional right against self-incrimination, and imperil a fair trial because jurors might hold its contents against her.

The appeals court separately rejected Maxwell’s request to modify a protective order in her criminal case, so she could access confidential materials she hoped would persuade Preska to keep the deposition under wraps.

Maxwell, 58, has pleaded not guilty to helping Epstein recruit and groom underage girls as young as 14 to engage in illegal sexual acts in the mid-1990s, and not guilty to perjury for having denied involvement in the deposition.

A trial is scheduled for next July.

Giuffre said she was a teenager when Maxwell pulled her into Epstein’s circle, where she was groomed and trafficked for sex with Epstein and other wealthy, powerful men.

The push to unseal the deposition came from Giuffre and the Miami Herald newspaper, which had investigated Epstein’s conduct and his successful effort in 2007 to avoid federal sex trafficking charges.

Lawyers for Giuffre and the newspaper were not immediately available for comment. The U.S. Department of Justice, which opposed modifying the protective order, did not immediately respond to a similar request.

Maxwell was arrested on July 2 in New Hampshire, where prosecutors said she had been hiding out.

She has been locked up in a Brooklyn jail after U.S. District Judge Alison Nathan, who oversees the criminal case, called her an unacceptable flight risk.

Epstein killed himself at age 66 in August 2019 at a Manhattan jail while awaiting trial on federal sex trafficking charges announced the previous month.