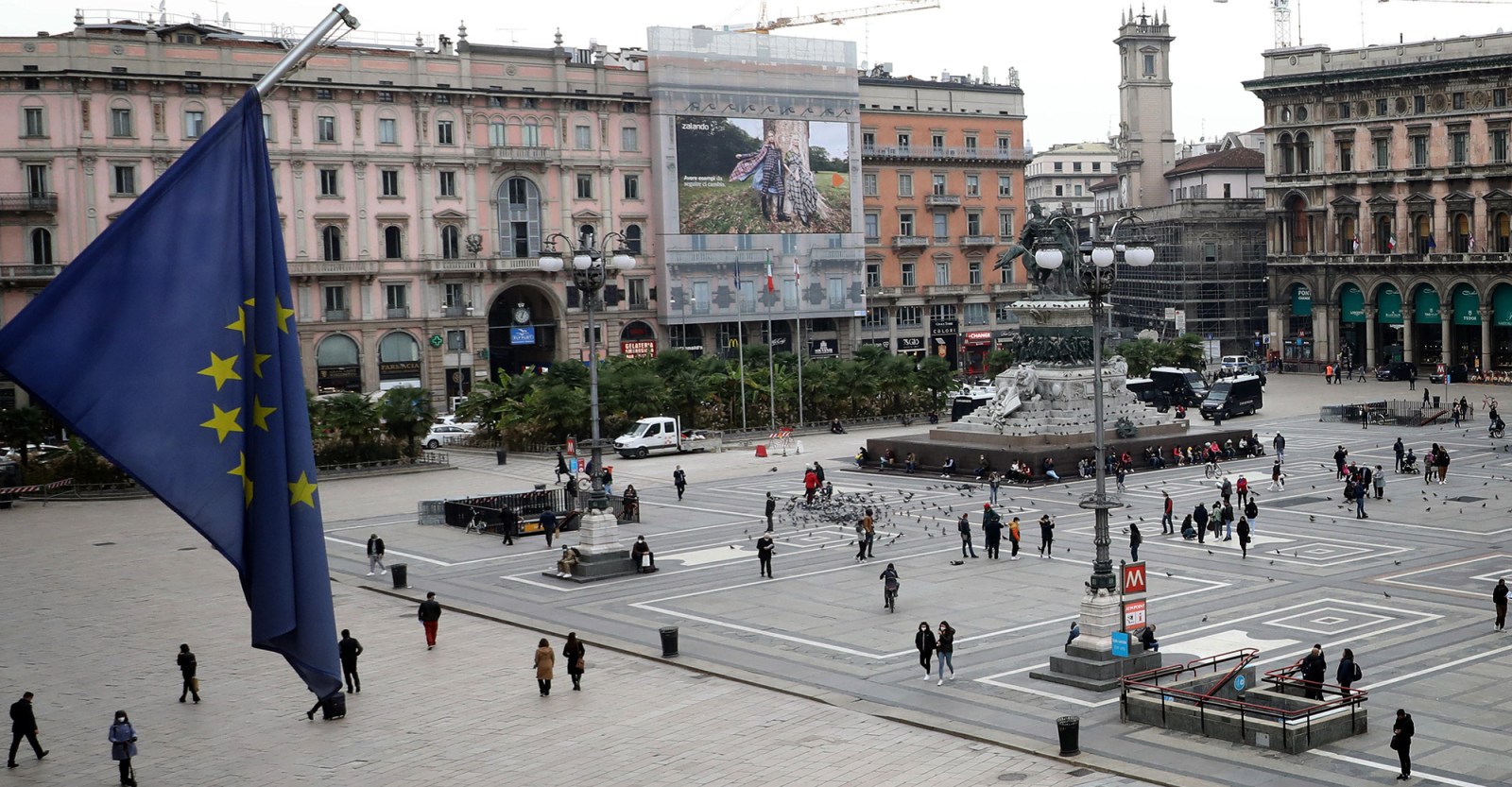 A general view over an almost empty Duomo's Square in Milan, Italy, during the Covid-19 pandemic.. (Photo: EPA-EFE/MATTEO BAZZI)

The impact of record-high daily increases in Covid-19 in Europe and the US on consumer demand is like an accident waiting to happen. Already there are signs of ‘hesitancy’ appearing in the US economy and retail sector. South African spenders appear immune, for now.

Arguably the biggest worry this year has been a second wave of the coronavirus in the developed world and the devastating impact this could have on global economic prospects. Based on the record number of daily cases experienced in the developed countries over the past month, that scenario may well be in the making.

The first contributor to economic growth that is likely to be hit by the curfews and lockdowns necessitated by the resurgence in the pandemic will be the consumer – potentially putting paid to an encouraging, sharp bounce-back in consumer spending as sentiment was buoyed by the lifting of lockdowns and the belief that the worst was over.

Richardson adds that as a result of this worrying turn in the pandemic, lockdowns and shutdowns are back in many countries, with France, Germany and Italy announcing night curfews or closures of bars and restaurants and the UK applying three levels of restrictions. However, Richardson adds: “Even at its highest level, it is still not as strict a lockdown as seen in March and April.”

In the US, cases are at their highest level since the first peak in late July and, in an indication of how quickly and severely the second wave is hitting, new cases are almost a third higher than they were two weeks ago. Last week they hit nearly 70,000 a day, with a seven-day average of 56,000 cases a day – a trajectory that is of grave concern given that the country and the rest of the Northern hemisphere are heading into winter.

South Africa is fortunate in that case numbers have levelled out and not (yet) showing any signs of a second wave, with daily cases less than 1,500 versus the almost 14,000 a day peak in late July.

On a month-on-month and seasonally adjusted basis, they rose 4% and recovered 16.7% in the three months to end-August – highlighting the gradual recovery in consumer demand.

Low interest rates and anaemic inflation are likely to help underpin a consumer spending recovery, but conditions remain highly uncertain and the state of global demand will play a key role in the South African consumer, and economic, recovery.

Initial signs of the dampening effect the groundswell in coronavirus cases is having on US consumer demand is already being picked up in Oxford Economic’s US Recovery Tracker, which, it says, rose “hesitantly” in October. The research company attributes this to demand remaining hesitant in early October and “prone to a relapse with colder weather approaching”.

It added that in the absence of a fiscal relief package, “the risk is growing that declining income and reduced savings buffers will constrain household spending in coming months, especially among the most vulnerable tranches of the population”.

The early signs of consumption vulnerability creeping in could well be a precursor to an about-turn in the recent promising pickup in US retail sales, which rose at their fastest in September in three months (see graph below). They rose 1.9% compared with 0.6% in August – ahead of expectations of a slight improvement on the previous month. 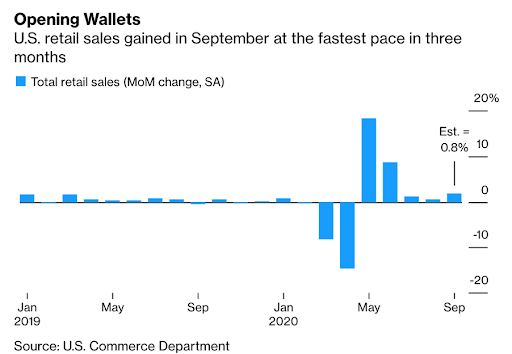 The graph below shows that this meant retail sales were slightly ahead of their pre-Covid level. 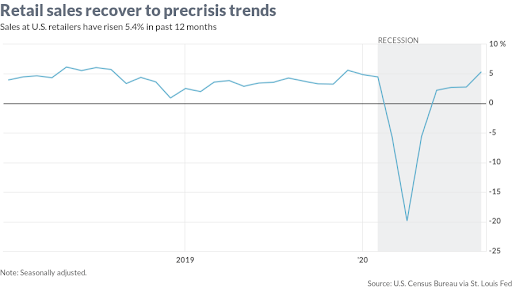 A more upbeat situation is visible in China, where the country’s strict measures to contain any localised breakouts of the coronavirus are benefiting consumer demand. Although the latest headline growth figures came in below expectations, they showed a nascent turnaround in retail spending after consumer demand initially lagged behind the rebound in industrial activity.

UBS chief economist Paul Donovan believes the fact that Chinese retail sales growth came in near the top of the forecast range shows that global demand is helping China’s economy, alongside some increase in domestic demand. Let’s hope that domestic demand becomes robust enough to forestall a probable slowdown in developed market demand in the closing months of the year.

Against these divergent retail spending experiences, there is one industry that appears to be broadly benefiting from the coronavirus and associated lockdowns. In his commentary titled “Are you sitting comfortably?”, Donovan explores why the global production of furniture has risen so significantly in the past few months, pointing out that furniture manufacturers have achieved production levels that are near or already above pre-pandemic levels.

His explanation for the strong global demand for furniture: “Some of it is psychology. Weeks with little to do except watch home-makeover programmes on television encouraged people to redecorate. The threat of future lockdowns means people want to make their homes more comfortable.”

It may also be a result of a structural shift in working, says Donovan. “People expect to work from home more in the future. Inevitably, people want to invest in furniture that will make it easier to do that.” This is reflected in the fact that specialist office furniture producers are producing less, while consumer furniture makers are producing more.

He describes the pandemic as a relative demand shock and says consumers, who have managed to save during the lockdowns because they haven’t been paying for haircuts and restaurant meals, have been in a position to make more expensive purchases – like a new lamp or a chair. DM/BM