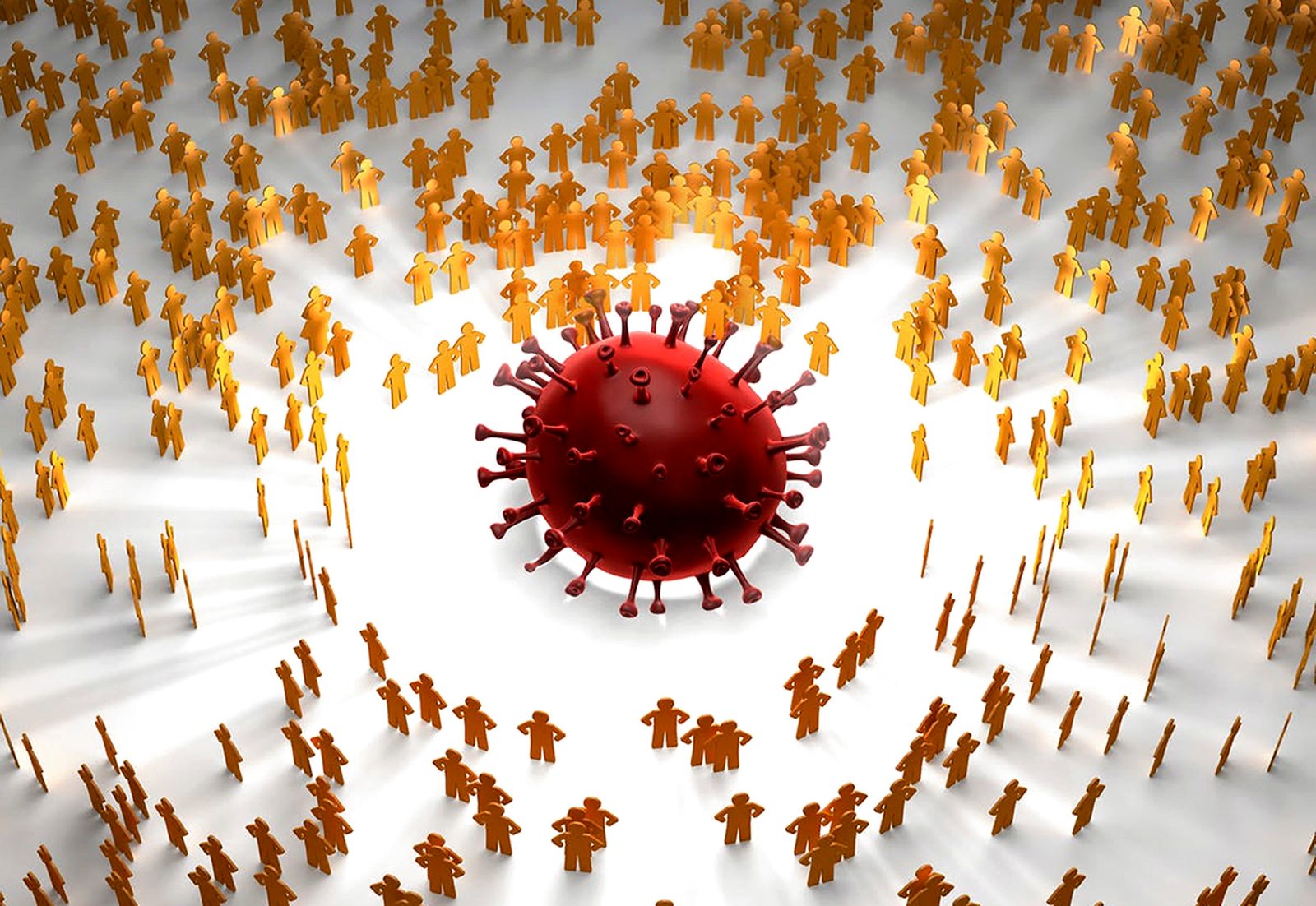 Do we have sufficient ‘herd immunity’ to avoid our own ‘second wave’ of Covid-19? (Photo: theconversation.com / Wikipedia)

There is much talk in South Africa about a ‘second wave’ of Covid-19. Spotlight places in perspective what we do and do not know about herd immunity and potential second waves.

As of the time of writing (mid-October 2020), there is much talk in South Africa about a “second wave” of Covid-19. In Europe, it is much more than talk, with Covid-19 diagnoses, hospital admissions, and deaths, not to mention “restrictions”, all on the rise.

Studies looking for antibodies in community surveys suggest that in most of Europe and North America a far smaller proportion of people have anti-Covid antibodies than what we see in developing world settings like India and Africa, including South Africa. This implies that there is currently more immunity here and people have been wondering out loud whether we have sufficient “herd immunity” to avoid our own “second wave”, and for how long.

There is a lot of jargon and technical discourse on such questions, framed in the language of mathematics and “dynamical modelling”. This discourse involves analysing how things work in “model worlds” where the rules are fully known and analysable – because we invent/declare the rules ourselves. Hopefully, we do this in a way that makes it possible to draw useful parallels between our model worlds and the real world. For the purposes of understanding how to brace for that possible second wave of Covid-19, this discourse is obscure, technically inaccessible to most people, and largely irrelevant.

We can, however, unpack the key concepts in accessible ways that people will hopefully find useful.

First, what is non-herd, for example, “individual” immunity?

To say I am immune to measles, or Covid-19, is to say that I am not at risk of being infected, even if I come into contact with sources of infection. Do I get to claim immunity by carefully dodging the really infectious exposures, or do I need to be able to avoid infection even if I am literally thrust into a crowd of people deliberately spluttering on me for hours on end? Precisely what I am immune to, and under what circumstances, can be tricky to define.

Let us say I get a dose of a vaccine, and then avoid infection for two years, after which I get infected. Did I “have” this thing called “immunity” which I subsequently “lost”? Was I merely lucky to avoid infectious exposures for two years, even though the vaccine did nothing for me, or did I have partial immunity all along, but less and less over time, and eventually my number came up?

The flip side of immunity is susceptibility, and being susceptible does not mean one is guaranteed to be infected if some minimal exposure occurs. The idea that someone may have, or lack immunity is not absurd, but it is slippery.

Physicists and engineers talk of conductors and resistors. A high resistance means a low conductance, and vice versa, but every part of a simple electrical circuit has both a resistance and a conductance (the one implies the other) and we even have a way of attaching numerical values to these properties – just like a rod has a length, a width, and a mass. Humans are on some continuum from highly susceptible to highly immune, but it is not obvious that we can summarise this with a single number.

Now, is there a sensible way to talk about “collective immunity”, or “collective susceptibility”? In fact, there are many ways we could try to define such a thing.

We could just try to recycle some definition of individual immunity and ask how many, or what proportion of a population have it. This would not help us much, because it tells us nothing about who has the immunity, and what various people in the population do by interacting with one another, and how this contributes to the outbreak growing or receding.

We can try to define collective susceptibility in a more “emergent” rather than “microscopic” way, so it directly captures something about the tendency for infections to spread. Let us try. The “collective susceptibility” of a population, at some stage of an epidemic, is the average number of new infections that are expected to be produced by any one currently infected individual. This sounds potentially useful – and it even comes directly with a numerical value that is easy to interpret. If collective susceptibility is greater than one, we will see an increase in cases. If it is less than one, we will see a decline in cases. But wait – this is old hat. This is what we have been reading about for months in the context of the Covid-19 pandemic – the “R number” – short for “reproductive number”.

Public health agencies, ministerial advisory committees and the like, have been discussing this reproductive number for months, trying to estimate it from such data as we have available, and trying to figure out how to bring it “below 1.0” by encouraging the use of masks, decreased social contact and handwashing, among others. Hopefully, a safe and effective vaccine is also coming.

Collective susceptibility, and its inverse, collective immunity, are constantly changing. In colder weather, people spend more time indoors. Under lockdown, they encounter few people outside their families. Depending on rules and norms, people adopt various levels of mask-wearing and hand sanitising and crucially, as the case counts grow and people recover, many people get individual immunity, at least for a while. It is all fluid. Daily case counts jump around like stock prices, but broadly they slowly go up and down as we ride the ripples and waves of the epidemic.

When we have plausible estimates of the reproductive number, or collective susceptibility/immunity, which vary smoothly over a range of values, we do not make progress by forgetting the actual number and just recalling whether it is larger or smaller than one. It matters greatly whether it is 1.2 or 5; and it matters greatly what we are currently doing to manage collective susceptibility, and what cards we still have left to play.

In short – the Covid-19 pandemic is coming and going in ripples and waves, and perhaps there are even features that look like tides. We can all try to be reasonably aware of whether things are getting better or worse, and how rapidly – and we can all try to be reasonable in how careful we are to reduce the spread of infections while still getting on with our lives and livelihoods. The authorities should also be attentive and reasonable. There is, however, not only little point or comfort in “herd immunity” – there is in fact very little meaning in it beyond taking a coarser look at what we should all be keeping a closer eye on in any case.

How then to face the imminent future of the Covid-19 pandemic? Higher proportions of people with detectable antibodies must mean higher levels of collective immunity – all other things being the same. But in what sense are “all other things” “the same? Indeed, to what extent are all other things even defined and knowable?

While it is not wrong to hope that we can breathe a little between waves, we cannot predict much, and we must expect further swells. Alas, an end to the pandemic requires the interplay of tolerable/sustainable precautionary habits and sufficiently widespread individual immunity. Unfortunately, we don’t know how durable individual immunity really is, either after infection or the use of some vaccine.

So, we are stuck for the foreseeable future with working on our collective immunity mainly through tolerable habits of infection control. An eye on estimates of the reproductive number gives us about as much hard information as we can hope to have about what we could possibly mean by collective immunity. DM/MC

Alex Welte is Research Professor at, and the former Director of the South African (National Government) Department of Science and Innovation – National Research Foundation (DSI-NRF) Centre of Excellence for Epidemiological Modelling and Analysis (aka SACEMA), at Stellenbosch University.

This article was first published in Spotlight – health journalism in the public interest. Sign up for our newsletter.