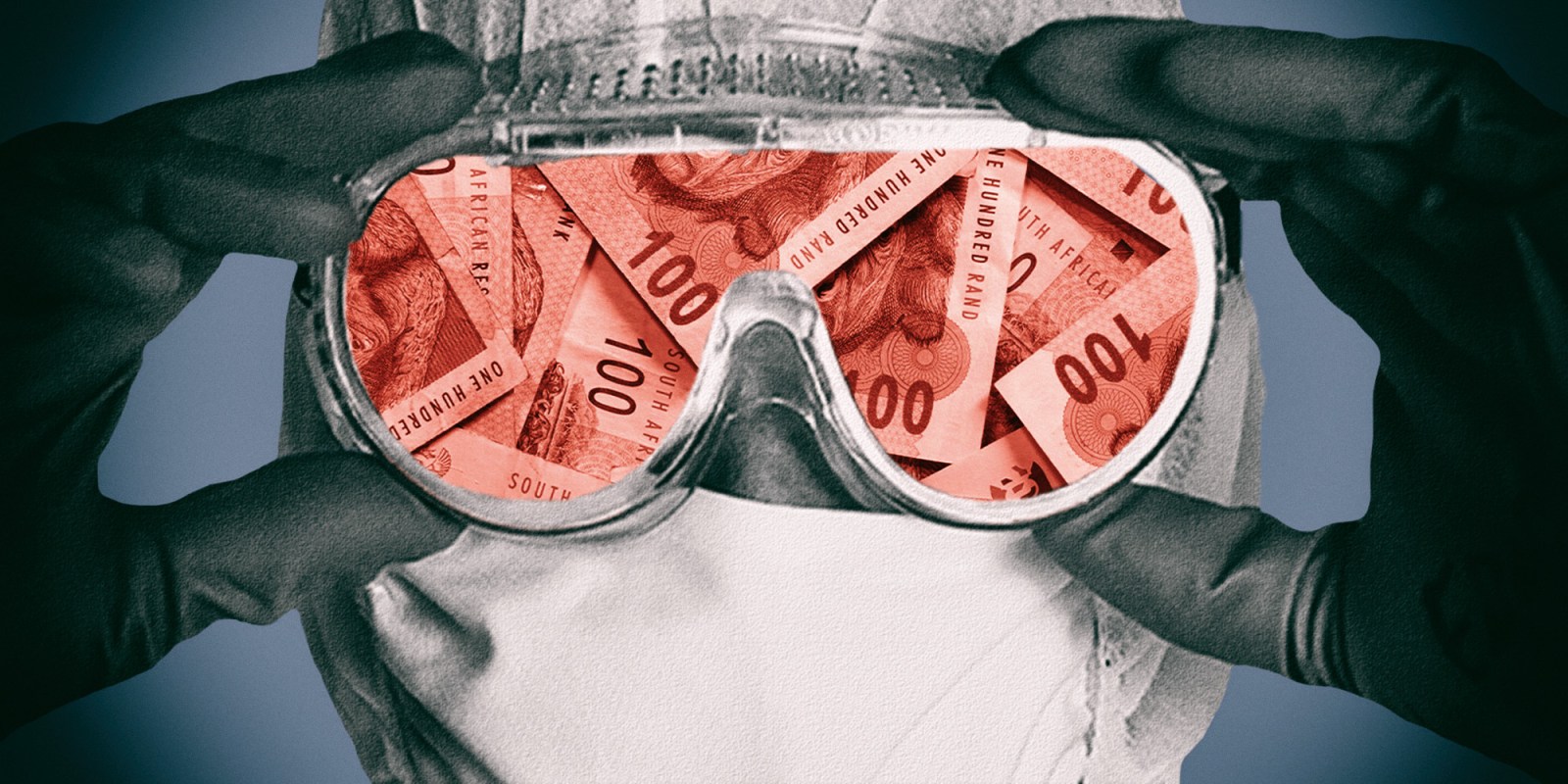 Of the R15.6bn spent on personal protective equipment and other Covid-19 measures from April to August, the Special Investigating Unit is probing contracts worth R10.5bn. And it’s a moving target as investigations broaden.

On Tuesday when the SIU again briefed Scopa, that tally stood at 930 service providers with dodgy contracts, whose value the unit’s boss, Andy Mothibi, described as a moving target.

Slide 12 of the SIU PowerPoint presentation to MPs underscores the extent of the Covid-19 malfeasance – and that there’s a way to go yet.

Details of the scale and impact of Covid-19 corruption is gleaned from several pages in the 47-page presentation to MPs.

Provinces are responsible for most of the malfeasance. Of the R9.652-billion made available for Covid-19 measures at provincial level, R7.254-billion is now under scrutiny. Gauteng leads with misappropriation of R4.339-billion, followed by the Eastern Cape at R1.802-billion and KwaZulu-Natal at R533-million.

Procurement violations that were sanctioned by officials employed in a range of provincial departments include R22.4-million for 48,000 blankets, R10-million for scooters and questionable quality personal protective equipment (PPE), often at well above the price regulated by the National Treasury.

The numbers are a little less intense at local government level, where contracts valued at R90-million are under investigation out of a total of R352-million spent on Covid-19 measures between April and August.

At national level, R158-million of the R477-million Covid-19 spend is under scrutiny. That includes the Department of Basic Education spending R220-million for water tanks provided by 121 service providers.

Some of these matters are moving towards finalisation before the Special Tribunal.

They include the 39 bank accounts involved in the Gauteng Covid-19 tenders of Royal Bhaca Projects headed by Madzikane II Thandisizwe Diko, husband of President Cyril Ramaphosa’s spokesperson Khusela Diko who, as the scandal erupted in July, took leave of office.

They also include the Eastern Cape scooters initially touted as patient transport when, in July, Health Minister Zweli Mkhize visited the province before the R10-million saga unravelled amid official confirmation the vehicles were not approved to transport any patient. The SIU said it had already secured an order to freeze any further payments.

Around 80,000 dodgy transactions identified by the Office of the Auditor-General in a real-time audit of Covid-19 transactions must be checked. That report was released in early September. It details violations ranging from lack of proper record-keeping to procurement violations, including overpricing in the R145-billion of Covid-19 measures made available in the June 2020 emergency Covid-19 Budget, officially the Special Adjustment Budget.

The SIU boss appealed for “urgent attention” to laws, including the Labour Relations Act, to allow for action against officials who resign to avoid the consequences of procurement contraventions.

“The legal position, as we speak, is uncertain whether an employer can refuse an employee from resigning. As we speak now, we really need a framework of addressing this recycling of people,” said Mothibi in reference to officials who resign under a cloud only to resurface elsewhere in the civil service.

On Tuesday, Scopa also heard that six of 174 criminal cases handled by the police elite investigators, the Hawks, are already in court, with 19 accused.

Those cases outlined in the joint Hawks/National Prosecuting Authority (NPA) investigations include what has been widely publicly reported about. One such case is the six people accused of diverting R5.68-million of Unemployment Insurance Fund (UIF) Temporary Employer/Employee Relief Scheme (Ters) money to purchase luxury items like cars.

It also includes the Malamulele police case CAS85/10/2020 of Hlamalani Dorris Mashimbye, described as “EPWP (Expanded Public Works Programme) group manager” who had applied for UIF Ters on behalf of 224 people and then allegedly misappropriated the funds for herself and relatives. Her husband, Masenyane William Khosa, was arrested as he was withdrawing money from her account, according to the presentation to MPs.

A Priority Crime Specialised Investigation major-general has been  appointed to oversee and monitor all investigations relating to Covid-19 corruption. It’s a clear sign of the seriousness attached to this malfeasance, despite the Hawks’ and prosecution services’ lack of forensic auditing and digital skills.

But, Mothibi indicated, the challenge is vast, as more information comes to light, also from whistle-blowers.

Around 80,000 dodgy transactions identified by the Office of the Auditor-General in a real-time audit of Covid-19 transactions must be checked. That report was released in early September. It details violations ranging from lack of proper record-keeping to procurement violations, including overpricing in the R145-billion of Covid-19 measures made available in the June 2020 emergency Covid-19 Budget, officially the Special Adjustment Budget.

On 21 August, Scopa was told of the extent of the corruption, enabled by a dysfunctional public administration accustomed to a lack of consequences for wrongdoing.

Scopa indicated it would continue to watch action on Covid-19 corruption, with MPs emphasising the need for consequences for wrongdoers.

But what must be put right is the institutional and political culture that allows officials and the politically connected – as the saying goes – to chow. DM