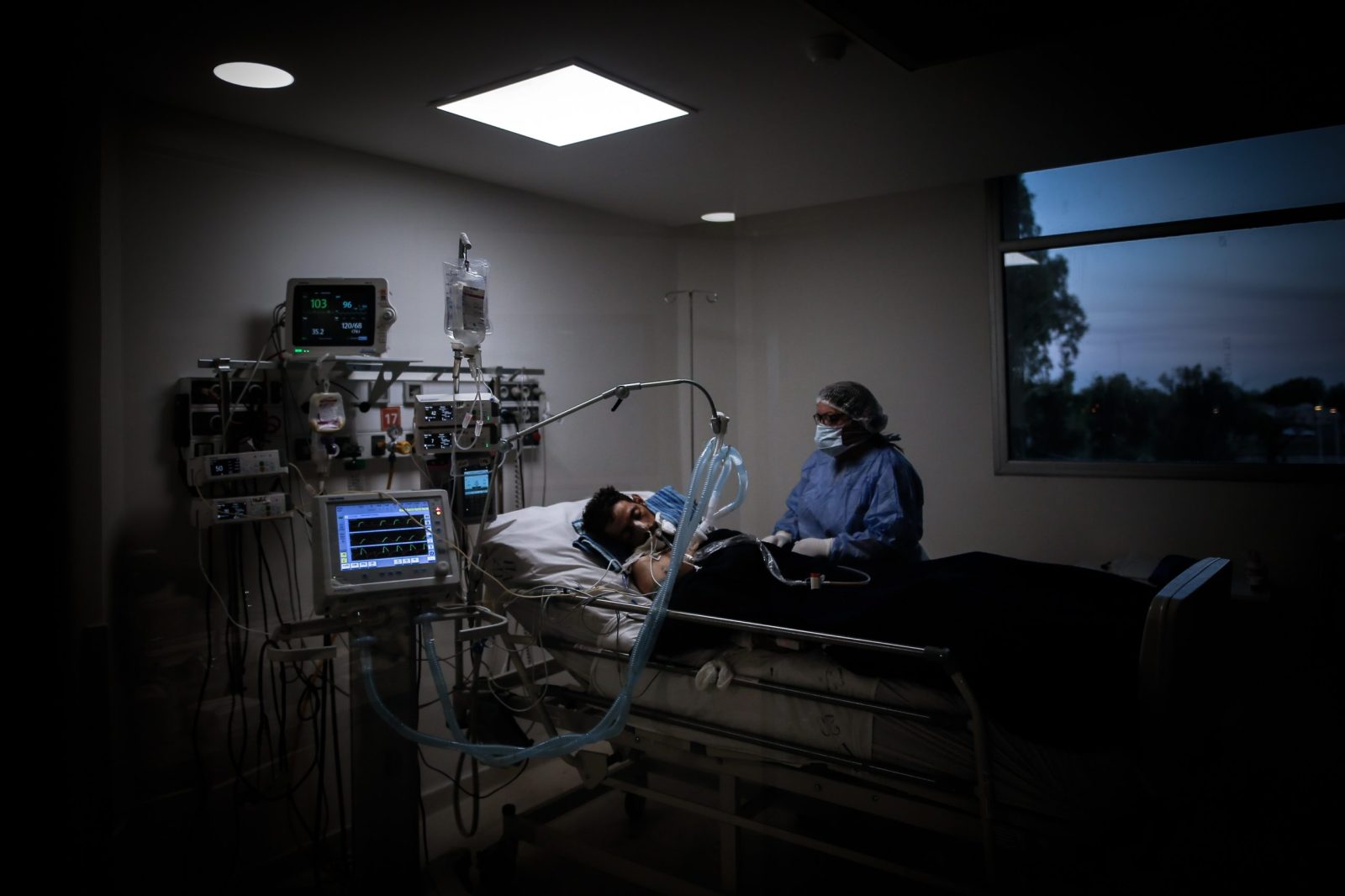 epa08707077 A doctor checks a COVID-19 patient in the Intensive Care Unit at a hospital in Buenos Aires, Argentina, 29 September 2020. The Government of Argentina launched a detection plan in the province of Santa Fe, to find people infected with the virus as well as those who came in close contact with them. The program includes the optimization of intensive care units. The plan, launched in Buenos Aires at the beginning of the pandemic, is now spreading to provinces such as Santa Fe, one of the districts where the virus is spreading at a faster rate. EPA-EFE/Juan Ignacio Roncoroni

BUENOS AIRES, Oct 19 (Reuters) - Argentina has become the fifth country with more than 1 million coronavirus cases, its Health Ministry and a Reuters tally confirmed on Monday, making it the smallest nation by far to reach the grim milestone after infections accelerated in recent weeks.

There were 1,002,662 confirmed cases of the virus in the South American country by Monday night, the ministry said in a statement. In the past 24 hours, there were 12,982 new cases reported and 451 deaths, it said.

The latest figures put it alongside the United States, India, Brazil and Russia, all with populations greatly exceeding Argentina’s 45 million people, according to a Reuters tally https://graphics.reuters.com/CHINA-HEALTH-MAP/0100B59S39E/index.html.

Argentina is also grappling with low levels of testing. But for those getting tested, more than 60% of recent tests are coming back positive, one of the world’s highest positivity rates.

The explosion in cases has strained hospitals and healthcare works, with intensive care unit beds in the country more than 64% occupied. In some provinces, healthcare systems are on the brink of becoming overwhelmed.

“I would like this to end now. I cannot continue at this pace,” said Cynthia Jiménez, a resident intensive care doctor at Hospital Posadas in Buenos Aires province, the country’s hardest hit area.

“It tires you to see people who come ill with respiratory failure and you have to save them,” she added. “And you know that if you intubate them, it will end badly for many. That hurts.”

The government has since eased restrictions in many parts of the country to help revive economic growth, leading to a rise in infections. More than 26,000 people have died, for a COVID-19 fatality rate of about 2.7%, according to Heallth Ministry data.

Argentina’s borders remain closed to tourism, though domestic flights have resumed for people with government approval to travel for medical, family or work reasons.