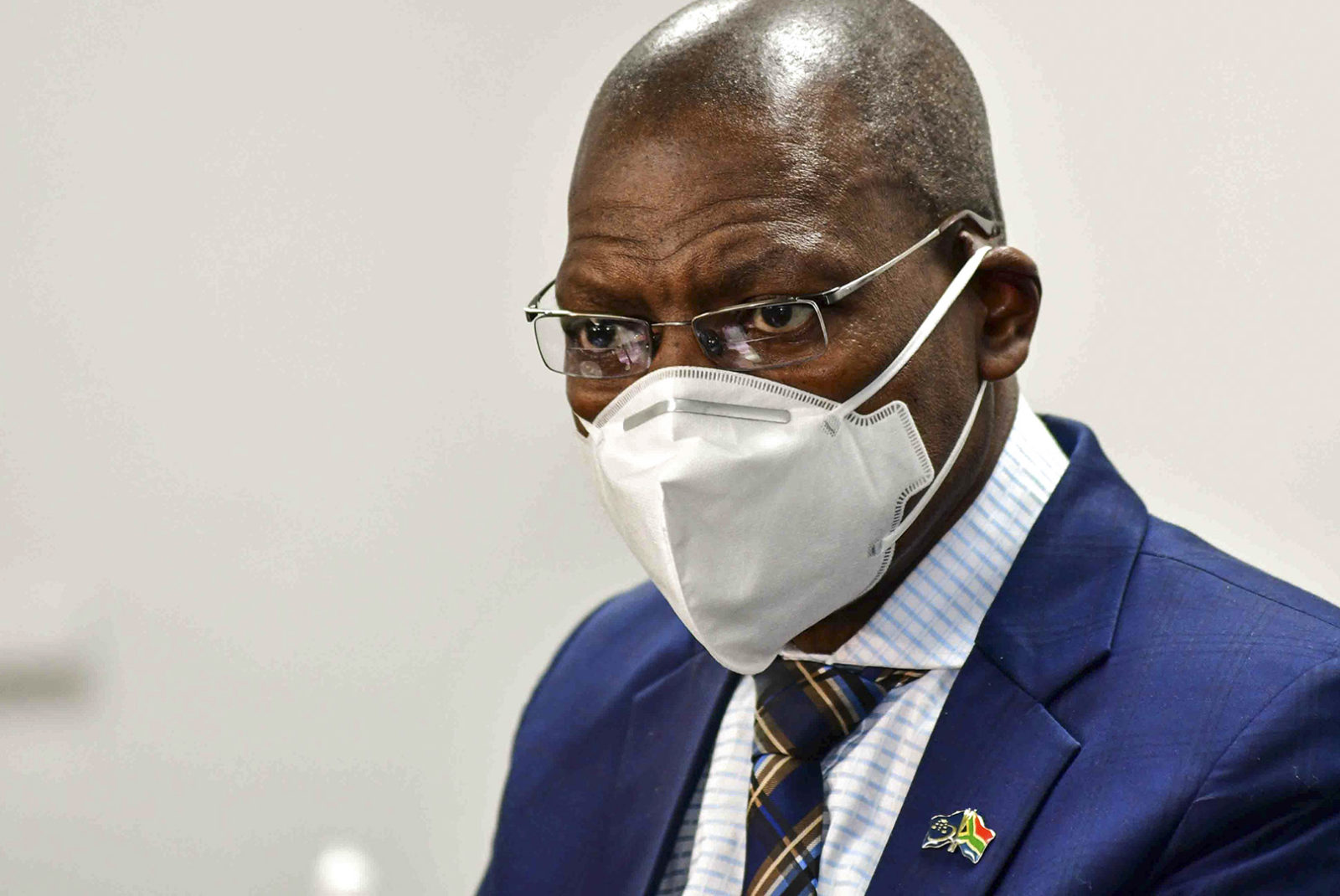 DURBAN, SOUTH AFRICA - AUGUST 06: Minister of Health, Dr Zweli Mkhize visits Clairwood Hospital ahead of the expected peak in the Province on August 06, 2020 in Durban, South Africa. According to a media release, the Minister will visit a few COVID-19 facilities across the province and sit down with Provincial and District management in an attempt to better understand challenges faced by the province. (Photo by Gallo Images/Darren Stewart)

“I am now in quarantine at home and both my wife and I remain optimistic that we will fully recover from this virus,” Mkhize was quoted as saying in the statement.

Mkhize was tested on Saturday after showing mild symptoms.

On Friday, the number of coronavirus cases in Africa’s worst affected country surpassed 700,000 since the first case was diagnosed in March and amid fears a second wave of infection would exacerbate an economic recession.

According to the latest government data released on Saturday, South Africa had detected 1,928 new cases to push the total confirmed cases to just over 700,000 and 18,408 deaths.

A trained medical doctor, Mkhize has been at the forefront of South Africa’s fight to contain the pandemic, and on Sunday he urged citizens to continue adhering to health protocols by wearing masks, sanitizing correctly and maintaining social distancing.

“Whatever we do and wherever we go, we have to keep in mind that there remains a risk of a second wave,” he said. (Reporting by Wendell Roelf; Editing by Kevin Liffey and Daniel Wallis)