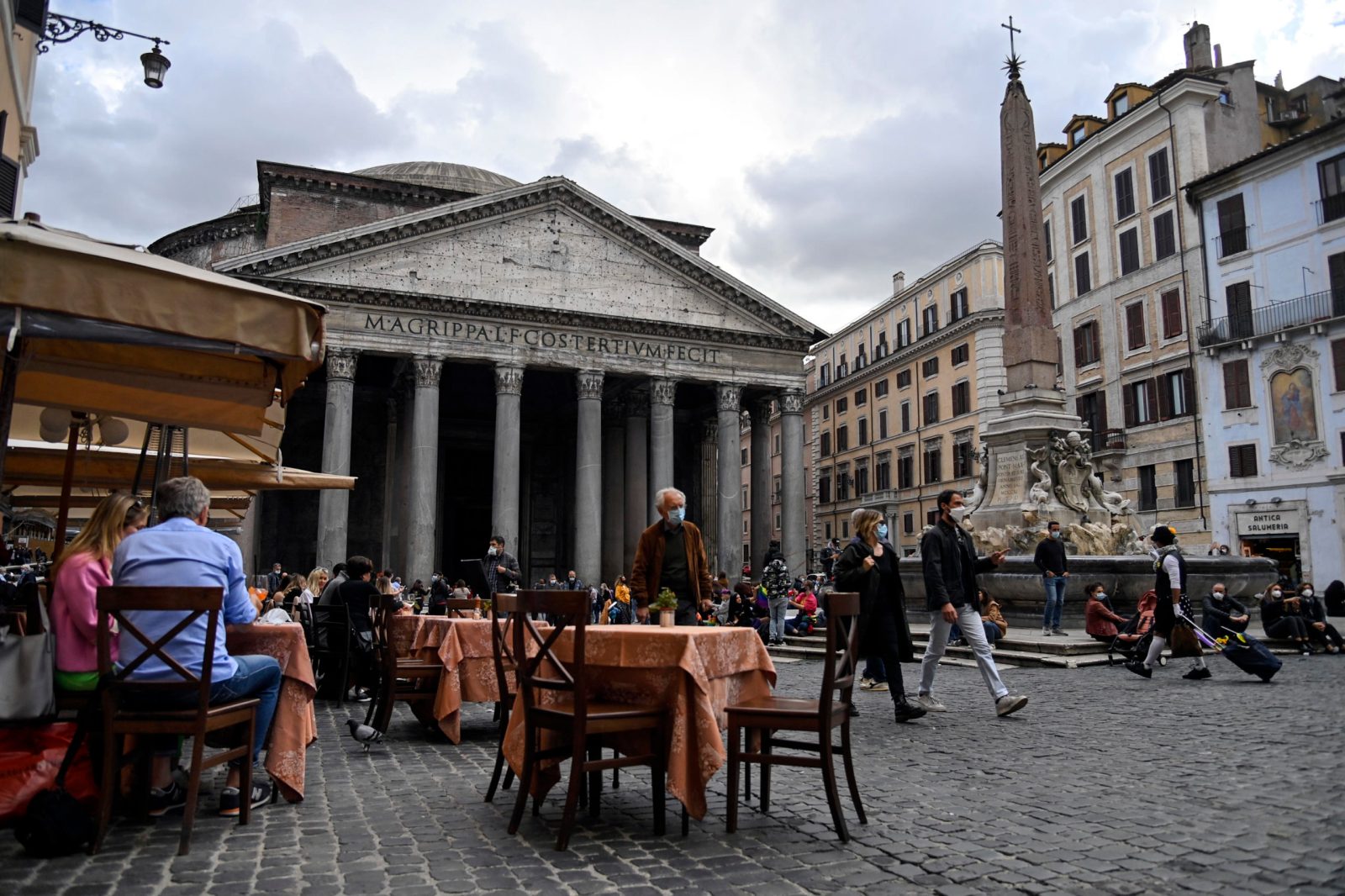 epa08753541 People dine in the open amid coronavirus pandemic and restrictions, at the Pantheon in Rome, Italy, Rome, 17 October 2020. EPA-EFE/RICCARDO ANTIMIANI

MILAN, Oct 18 (Reuters) - Italian Prime Minister Giuseppe Conte gave mayors the power to shut public squares from 9 p.m. to halt gatherings as he unveiled a further package of measures on Sunday to try to halt a sharp rise in COVID-19 cases.

As daily cases in Italy hit a new record 11,705 on Sunday, Conte said the situation had become critical but his government has been determined to avoid a repeat of the lockdown imposed at the start of the crisis in March.

“The situation is critical. The government is there but everyone must do their part,” he told a news conference.

As well as ordering betting shops to close from 9 p.m. and halting amateur sporting competitions and local fairs, he said the government would consider closing gyms and swimming pools after further checks on security protocols this week.

Italy was the first country in Europe to be hit hard by COVID-19 and has the second-highest death toll in the region after Britain, with 36,543 fatalities since the outbreak flared in February, according to official figures.

Authorities had managed to get contagion largely under control by the summer thanks to a rigid two-month nationwide lockdown, but as a second wave has emerged they have ordered new measures, including mandatory mask wearing in public and restrictions on public gatherings and restaurants.

COVID-related deaths on Sunday increased to 69, up from 47 the day before, the ministry said – far fewer than at the height of the pandemic in Italy in March and April, when daily fatalities peaked at more than 900.

The government will increase smart working in the public administration and is asking high schools to adopt staggered timetables to avoid congestion on public transport.

Restaurants and other food shop will be allowed to remain open until midnight but will be able to serve only seated customers after 6 p.m.

Stricter measures have been already imposed in some of the hardest-hit regions, including Campania around Naples, which has closed schools for two weeks.

As a part of a new 40 billion euros stimulus package the government approved in its 2021 budget, Rome will set up a 4 billion euro fund to compensate companies which have been worst hit by coronavirus restrictions. (Reporting by Elvira Pollina and James Mackenzie; Editing by Alexandra Hudson and Daniel Wallis)