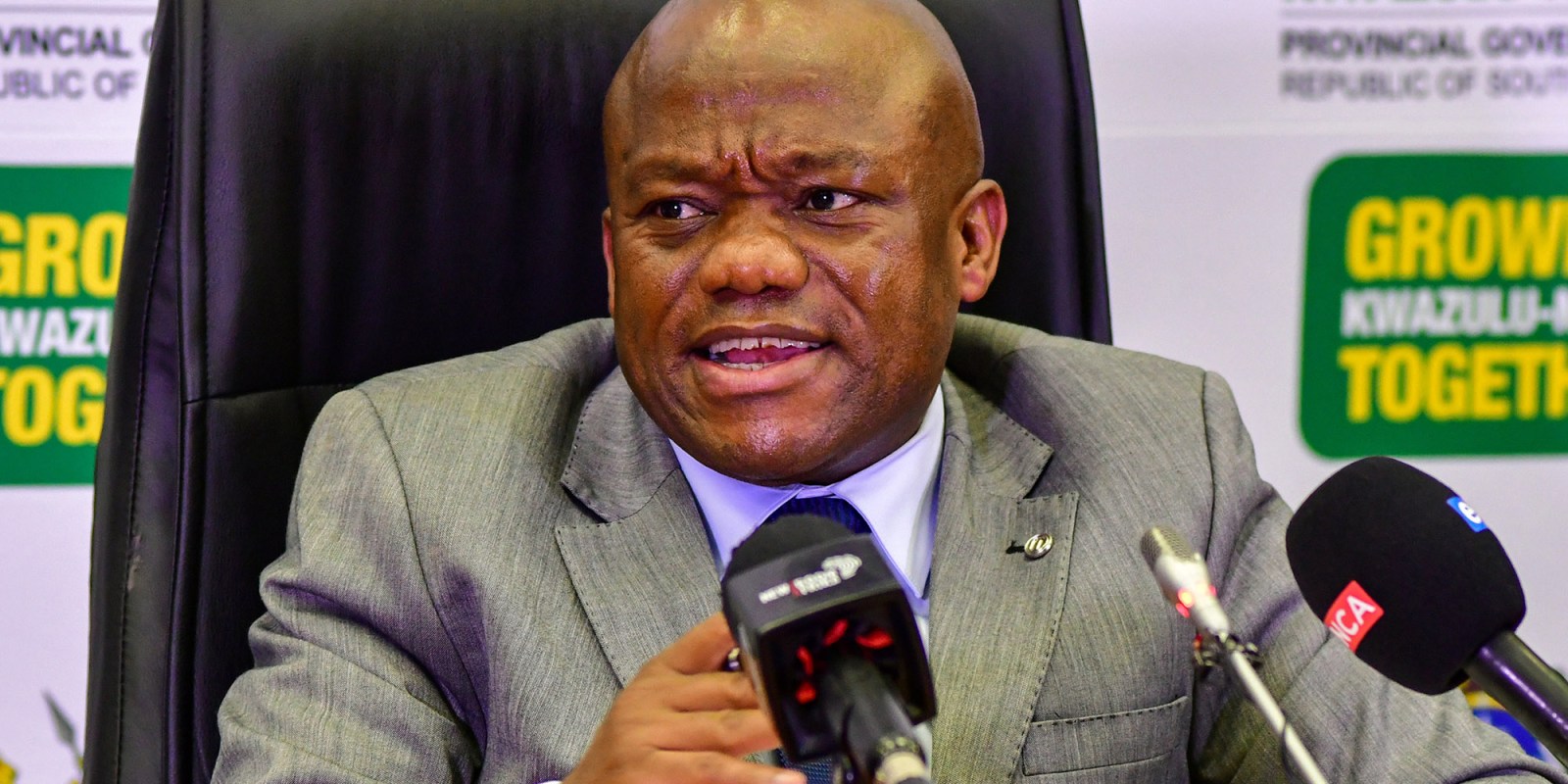 KwaZulu-Natal Premier Sihle Zikalala revealed that there were '105 cases of officials on precautionary suspensions' in provincial departments, with some disciplinary cases taking 'over 60 days to resolve and conclude'. (Photo: Gallo Images/Darren Stewart)

A newly created ad hoc committee of the KwaZulu-Natal legislature has convened to try to implement consequence management in a province that has dozens of cases of fraud, corruption and maladministration within provincial departments and municipalities.

KwaZulu-Natal’s municipalities and provincial departments have again come under the spotlight in the past week as parliament and a new ad hoc committee try to eke out consequence management in a province that has seen forensic investigation recommendations on those implicated in graft and mismanagement being “deliberately” thwarted.

The KZN legislature’s ad hoc committee on investigations – the first of its kind – held its inaugural meeting last week to gain an understanding of the terms of reference for its 12-month term.

Consisting mostly of provincial Standing Committee on Public Accounts (Scopa) members, the 11-person committee is tasked with probing – not conducting – outstanding investigations and reports within provincial departments and determining why recommendations have not been implemented or investigations finalised, among other things.

Even though this falls within the scope of legislature’s departmental oversight committees, investigation chair Maggie Govender, who also chairs KZN Scopa, told Daily Maverick that those committees “get a lot on their plate”.

“The portfolio committees will look at the day-to-day work of the department. How they manage their finances, monthly/quarterly meetings, and will just note that there is an investigation and not pursue that while they are looking at service delivery and performance issues,” she said.

While the state of consequence management in municipalities is mostly the purview of KZN Cogta, Govender said that her team would also be probing “the big hitters” when it comes to municipalities. A day after the committee met, Premier Sihle Zikalala revealed that there were “105 cases of officials on precautionary suspensions” in provincial departments, with some disciplinary cases taking “over 60 days to resolve and conclude”.

Officials are usually placed on precautionary suspension, with pay, pending the outcome of an investigation. Five days earlier, Parliament’s Scopa was told by KZN Cogta that there were “deliberate efforts” within 34 of the province’s errant municipalities to scupper attempts at disciplining officials alleged to have committed acts of fraud, corruption, maladministration, wasteful and fruitless expenditure.

Within those municipalities, only 13 investigations had been concluded. The remaining 32 – some have multiple cases – remained “in progress” for alleged transgressions; one from as far back as 2010. The Cogta team told national Scopa that there was a “pattern” of implicated officials resigning before facing disciplinary action, of municipalities challenging investigative reports in court as a means of avoiding sanctions, and that in many cases, those implicated were not mentioned.

Cogta committee chairperson Faith Muthambi was in the province on the same day that Scopa was receiving the presentation from KZN Cogta. Muthambi had damning words for the eThekwini metro, which was one of those flagged in KZN Cogta’s presentation. She said the metro had racked up R2.9-billion in unauthorised, irregular, fruitless and wasteful expenditure for 2018/19, and that there were 436 disciplinary cases pending.

eThekwini will no doubt be one of the “big hitter” municipalities that Govender and her team will look into. Asked if they would be revisiting consequence management related to the eight-year-old Manase Report, Govender said: “It can come into our scope.  And in fact that’s one of the things that… maybe I am being pre-emptive; we haven’t even got to it… that would come in. But we would have to be via the sister committee of Cogta.”

Sitting on legislature’s Cogta portfolio committee is criminally charged former eThekwini mayor Zandile Gumede, who was “allocated” to the position in August.

The 7,050-page Manase Report – commissioned by KZN Cogta in 2011 – investigated the two terms of former mayor, Obed Mlaba. The investigation found evidence of fraud within the city’s metro police, irregularities in its planning office, staff renting and selling RDP houses, supply chain management irregularities, non-disclosure on business interests and the use of bylaws to push through emergency tenders.

The investigation found a prima facie case against Mlaba for influencing the award of a R3-billion tender in favour of a company in which his daughter was involved. The deal was subsequently cancelled. The city said after the report was made public that it would not pursue Mlaba because “council didn’t incur losses”. Mlaba was later shifted to the United Kingdom, where he served as South Africa’s high commissioner.

Mervyn Dirks, who was chairing the parliamentary Scopa meeting when KZN Cogta made its presentation, asked why the department was bringing “new reports” to the table when it had not yet addressed “the rot” of the Manase Report. The Cogta team told him the report had been dealt with, but whether consequence management had taken place was another story.

To date, it remains unclear whether any of those implicated have faced sanctions, or civil or criminal charges.