‘We are only considered human when they want us to vote’ 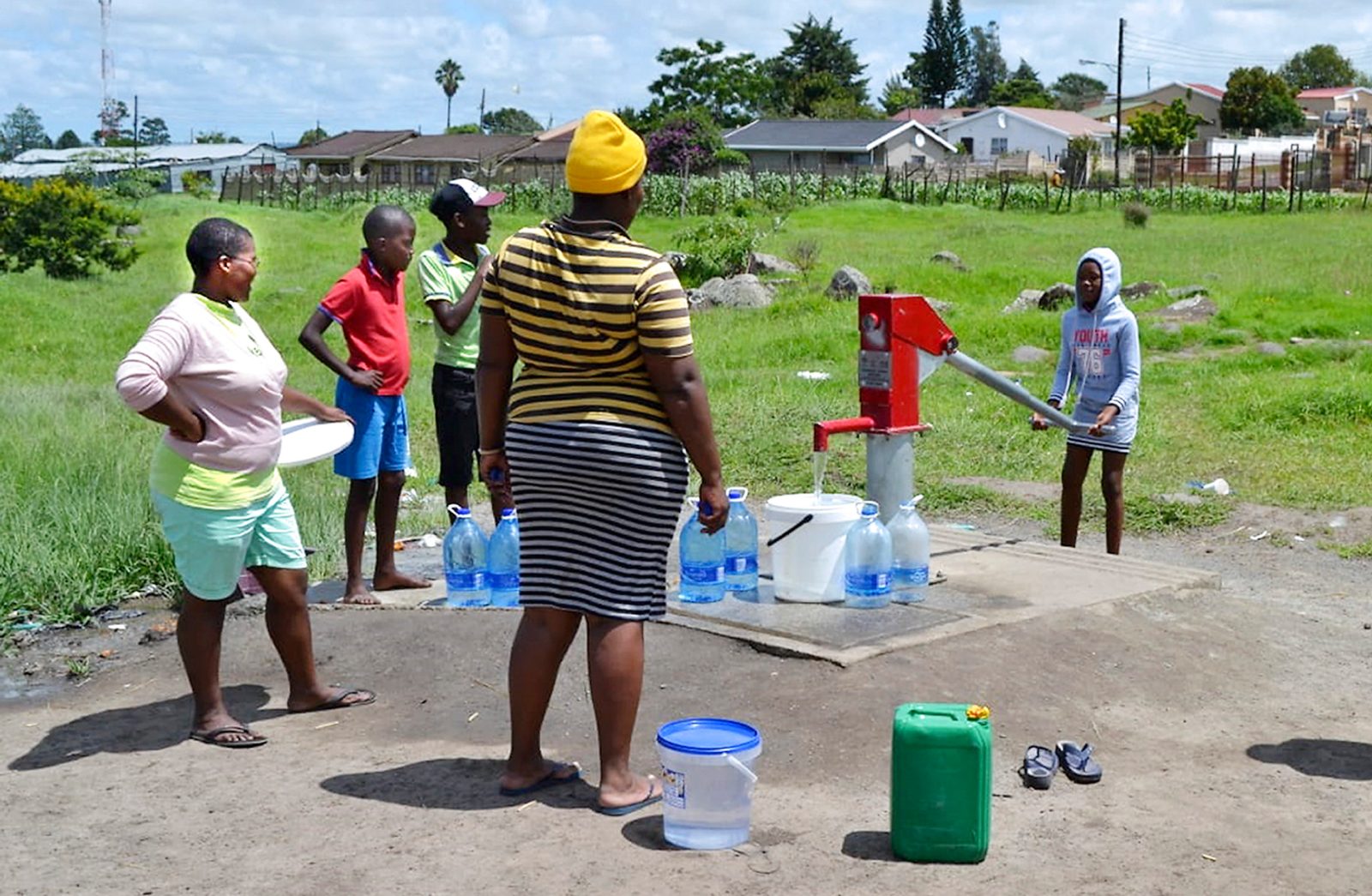 No water was delivered to the drought-stricken Butterworth area for two days this week, as trucks were prevented from driving. The failure to deliver was mainly due to security concerns following violent protests as the crisis grew in the Eastern Cape region. The Department of Water and Sanitation this week announced multimillion-rand investments to address the infrastructure problems in the area but these projects will only be completed over the next two years.

With all the dams in the area dry and only three boreholes providing water, hundreds of villages in the Butterworth, Dutywa and Peddie areas have been left scrambling for water, breaking open drains and trying to access water from rivers.

Water carting to communities in the Butterworth area was suspended for two days this week as the Amathole District Municipality cancelled all delivery amid security concerns owing to violent protests in the area.

On Wednesday night, following a meeting with all the parties involved, the spokesperson for the Amathole District Municipality, Nonceba Madikizela-Vuso, said they would resume water carting to Butterworth communities on Thursday.

Dr Ongama Ntloko, who has been practising as a doctor in the Butterworth area for 13 years, said as the water crisis intensified he has seen a marked increase in cases of diarrhoea and dermatitis – both water-related.

“We are seeing these cases in both children and adults. It definitely is related to the water problems we are having. For my practice I have to buy water and we have to close our patient facilities due to water problems. It is a real struggle,” he said. “Our struggle has been long. There are trees that have grown in the dry dams,” he said.

Madikizela-Vuso said they are not able to meet the demand for water in the area.

“Our water sources are dry. Xilinxa Dam is empty. Gcuwa Weir is empty. Our only source of water is the boreholes. We do not have enough water tankers. The area is vast and water carting by its nature is not meant to be a permanent solution. It won’t be sufficient.”

She said the Amathole District Municipality, the water authority for the area, had three water tankers, of which only one was operational, but another 11 tankers had been  hired for the Mnquma municipal area by the Department of Water Affairs.

A spokesperson for the Department of Water and Sanitation, Sputnik Ratau, said on Wednesday that the department was procuring another 10 water trucks to augment water supply in Butterworth and surrounding areas.

“Twenty-three boreholes have also been drilled to increase water delivery in the Mnquma area. Three of them have been equipped and are producing good-quality water for human consumption. Unfortunately water in 19 of these is not fit for human consumption but can be used for domestic use such as cleaning and flushing,” he said. He said one of the boreholes had been vandalised and cannot be used any more.

Ratau said they were starting a water pipeline project costing R735-million to save the water-stressed communities, which have been struggling without reticulated water for years.

“The department has set aside R50-million in this financial year to start this project. The project is expected to take a period of four years to completion. In addition, the department will raise the wall of the Gcuwa weir to increase capacity of the weir for more water storage. The project will cost R80-million and is scheduled to take 18 months to complete.”

In the Peddie area, which has also been severely hit by drought, communities only expect to see the water tankers “once a year”, said community activist Athini Ngxumza from the Umtapo Centre.

“About five years ago, while doing anti-corruption training in our villages, we discovered that over 100 out of 138 villages did not have reticulated water. People were depending on dams that were filthy and on rain collected in cheap tanks or drums for their water,” she said.

“You can’t drink that water. You have to boil it. Nowadays nobody fears cholera any more. They just fear Covid-19. But you see many people in the villages with bad skin and chronic diarrhoea. Even me, I am HIV positive, but I cannot drink the water. I must go and buy water to take my treatment. I don’t want bad water to mess with my medicine,” she said.

“What else are people supposed to do? Most are depending on grants. They pay the guy with the donkey cart between R10 for a bottle and R2,500 for a tank to fetch water for them. Honestly, we have only ever seen one truck once a year. How do 50-plus villagers live on a 5,000-litre tank for a year?”

She said they started a campaign during lockdown to try to have their cries for water heard. “We really struggled to have our meetings in WhatsApp groups at first but we got really good at it.

“We have written many, many letters to everyone we can think of from the mayor to the premier to the president. Only a woman from President Cyril Ramaphosa’s office promised that help will come. At this stage we only really want to hear from President Ramaphosa,” she said.

“We are only considered as human beings when they want us to vote,” she said.

“Some of the villages have not had water in 10 years,” she said. “Girls and women have to walk for over an hour to go and collect water. Sometimes I wake up in the morning and I cry. I wonder if it is all worth it,” she said.

Loyiso Mpalantshane from the Mnquma Local Municipality said that as the Amathole District Municipality is the water authority for the area they are not involved in carting water.

“We are offering all the support – logistical support, expertise through our infrastructure development directorate, we sit on the water intervention technical task team that was set up by the premier. The people of Mnquma are at the receiving end [of the water scarcity] and are severely affected by the drought. As a local municipality we would like to support any and all intervention that would result in water supply,” he said. DM/DM168